It’s the morning. I’ve finally had a good night’s sleep. Oh it was so good. Did not want to wake up but if I didn’t I would be in a coma or dead, so this is a more pleasant experience for all concerned.

Once again I am writing this in the morning, before I head out to work. I’m working the 11:30 to 9:30 shift. It’s the second time for me. Did it last week, which right now with half a cup of coffee seems so long ago.

It was just Calvin & myself last time, tonight it will be with Calvin and Raymond. I am a bit surprised by the fact that we don’t get paid on the 15th and 30th like other companies. I was hoping for the 15th, but I found out yesterday it is the 7th and the 21st.

That’s not going to be easy since I am skint right now. Bills have been paid so I’m responsible on that tip. It’s not going to be an easy week, but I’ll get by somehow. I’m sure they mentioned this fact when I was interviewed but it was a heady day and it really didn’t sink in.

Not that I could have done anything about it.

I’m wearing the same suit that I wore yesterday, I’ve never done that before actually. I aired it out last night but who is going to notice the smell of cigars on a suit in a cigar shop? Perhaps on the bus or in the subway but that could be used to my advantage and perhaps no one will sit next to me.

Right now, the Today show is on, an interview with Gary Coleman’s parents. They feel so hurt, but didn’t they rip off the money he made from Different Strokes? And now they’re religious people, saying they hope for a proper burial so that Gary Coleman’s spirit can find peace.

Coleman’s father mentioned that they’ve been involved with 4 religions and how a burial is needed for that wandering ghost. Superstitious people.

Bill and I watched the news about an empty lot in Sheepshead Bay where the residents are flipping out about a proposed mosque. More superstitious people claiming that their god is better than the other god.

The Muslims tried to make peace and open a dialogue but the Sheepshead people just got angrier and more upset.

Also last night while Bill and I were watching the news and once again I mentioned that when I go before him, have me cremated and throw the urn into the Hudson River. Bill said he would keep a small vial of my ashes to wear around his neck. I told him I thought that was gross, but I would be dead so it really wouldn’t matter.

Just got an email from the President, asking me to stand with him for clean energy. Didn’t he advocate some coal mining a few months ago? And also some drilling off shore?

I know things have changed since the ever growing catastrophe in the Gulf of Mexico, but I think the push for clean energy should have started a while ago instead of closing the barn door once the horse has left. I did sign the petition but refused to donate any money to him.

Not that I could anyhow. This Gay TM is closed.

Just made my lunch for today, turkey sandwich on whole wheat with lettuce and mayo. That’s about it for today. I’m sure I’ll have something to write about tonight, or about tonight. But depending on how I feel I might just write tomorrow morning.

Bill is off to Atlantic City tonight and tomorrow, driving the bus. That means I won’t see him until Sunday, since we will just miss each other tomorrow. I’ll be heading off to work and he’ll be coming home. 2 ships that pass in the morning. And I’m off on Sunday and it’s supposed to rain. 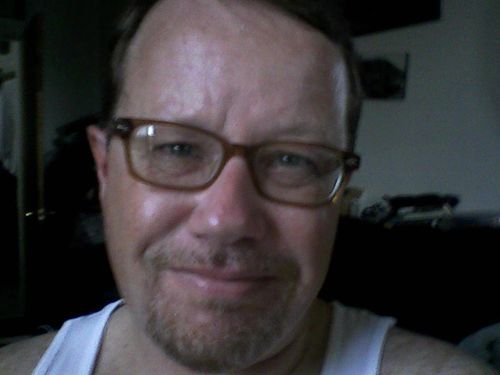