So nice to sit down in a comfortable chair, he wrote after coming back from spending a good part of the day with his sister in law and his niece. The three of them had gotten together after a plan was hatched a couple of weeks ago.

The niece had texted him about meeting up on February 21, which is today, to visit the exhibition of Titanic artifacts. His niece loved the movie Titanic and wanted to see the exhibition before it closed.

So today was the day and it was a lot of fun, if looking at the effects of a disaster could be called fun. Actually the fun was in spending the time together. It was crowded a bit. Who knew so many people would still be interested in such a thing almost 100 years later?

We had all met up in Hoboken at a Dunkin Donuts by the Path train. We sat and drank coffee and chatted for about an hour. Some catching up had to be done. Soon enough though, we were on the Path train headed to 33rd Street, where we then walked up to 44th Street, in the old New York Times building.

When I was first asked about going I explained that it might have been too pricey, but the niece insisted on paying and that she wanted to see me so she made it so. As we entered we were given cards with various passengers and crew and instructed to check at the end to see who survived and who didn’t.

I was a third class passenger from Ireland traveling with the missus. I had a pretty good idea how it was going to turn out. My sister in law and my niece were first class passengers, boarding in Southampton, England.

A few tools, and mechanical things from the ill fated ship were on display. As we continued on through the exhibition the items got more personal, clothes, hats, and personal effects were on display as were coins, change purses, personal correspondence. As was a piece of an iceberg that we were encouraged to touch.

It could have been macabre but it really wasn’t, it was quite tasteful. We were also encouraged to touch some brace that was used to hold the ship together. Everything was arranged in air tight, climate controlled boxes except for the iceberg and brace.

There was even a replica of the staircase which features prominently in the movie. My niece and I were photographed on it We got to the end of the exhibition, and my outcome was assured.

White Star Line passenger Mr. John Bourke, accompanied by his wife Catherine, his sister Mary and a group of passengers from County Mayo boarded the Titanic in Queenstown, Ireland, perished at sea when the ship sank.

Dishes and cutlery recovered from the ocean floor were displayed relatively intact in sand. The crate carrying them disintegrated from the pressure of being 2 miles down as well as worn away by salt and the currents.

After that we opted to leave, rather than pay for green screen photos, or shots of my niece and I on the fabled stairway. We were trying to do things on the cheap you see.

Then the three of us were hungry and we walked over to the midtown branch of John’s Pizza. I’ve eaten there a few times with Bill and I pointed out to my sister in law and niece that the restaurant used to be a church. Stained glass ceiling and windows still intact.

We left sated and I reassured them that whatever we ate, we would walk off, as we headed back to the Path train.

It was all well and good and I had a most excellent time, spending the day with Elaine and Corinne. 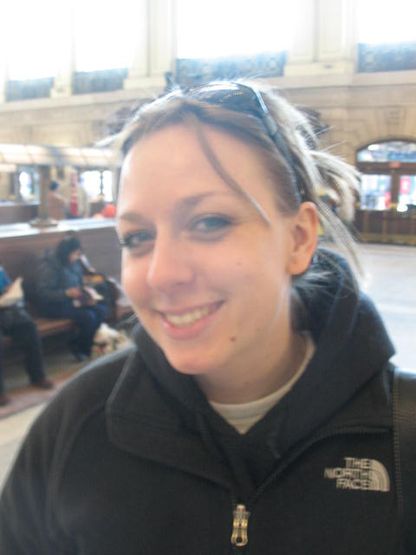 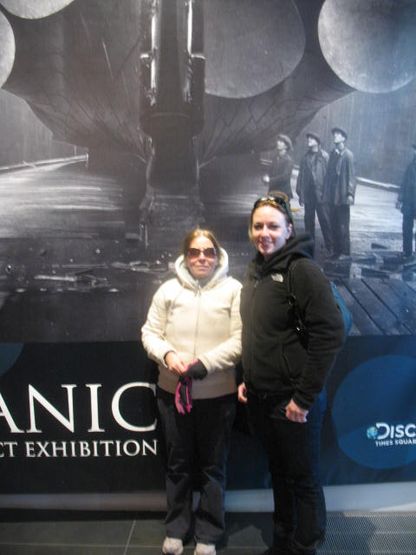 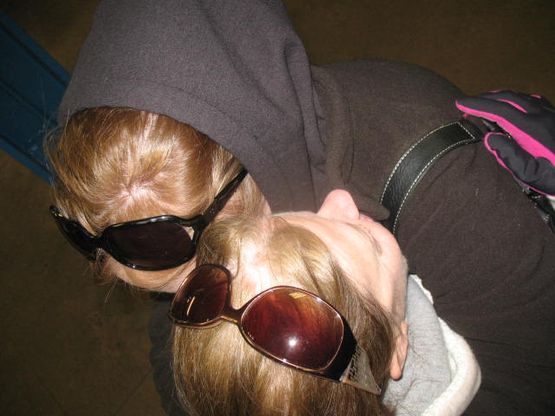 The meeting of the sunglasses 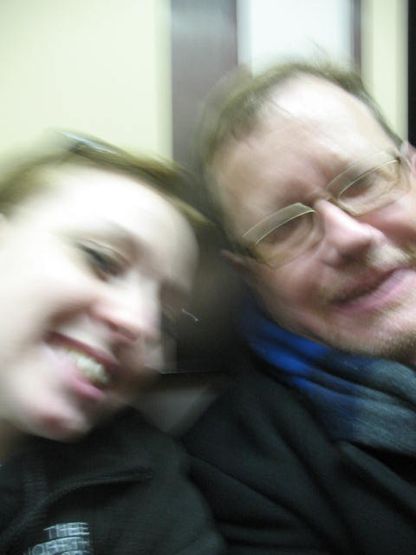 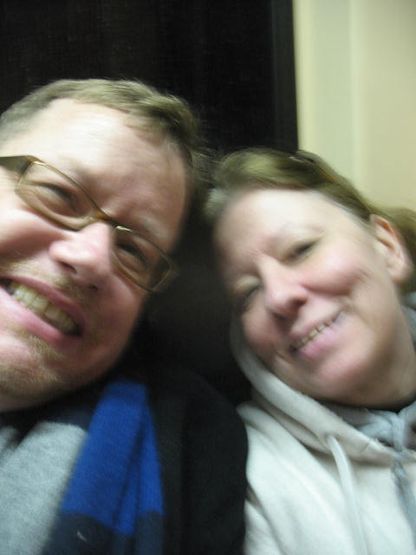 2 thoughts on “Twist and Shout”