Just a rainy day today. Didn’t do much of anything. Keep sending resumes out to no avail, but I persevere. Watched 2 Cary Grant movies, My Favorite Wife and The Awful Truth. Actually saw the second half of My Favorite Wife, but I did catch The Awful truth and it was pretty funny.

Then I watched Artists and Models starring Jack Benny & Ida Lupino, also featuring Judy Canova, Martha Raye and Louis Armstrong. The Martha Raye bit was odd. I think she was in mocha face, not black face.

She sang Public Melody Number One accompanied by Louis Armstrong set up in Harlem. Quite odd. There was even a bit where Jack Benny hears the Jack Benny show on the radio and says how much he admires him while his girlfriend says she doesn’t care much for Jack Benny.

That’s about how the day went. Bill is here, getting ready for bed since he has to get up at 2:30AM to drive to Albany NY. That’s about all there is to report. Doing some work for Greg Stevens tomorrow. Getting some fish (Garra Rufa) to eat the dead skin off of his feet.

Here’s a look back to February 23 over the past couple of years. What? I told you I didn’t have much going on today. Perhaps I did before. February 23, 2006 I was still working at Wanker Banker. My days were winding down there.

There was a big conference going on for the company, all of the branches met up in Manhattan for meeting at the Waldorf Astoria. I opted to stay in the office with no one around. I ran back and forth several times a day from 55th Street to 49th Street which I didn’t mind at all.

Had dinner at my fellow co-workers from London and San Francisco at a Grand Central Station restaurant. The next day, unbeknownst to me was when I met Mick Jones from the Clash.

Apparently February 23, 2007 wasn’t much different than today. I was recovering from being sick and working for Golden Staffing. In 2007 I just many did the iPod shuffle which I really don’t do anymore since certain people didn’t really care for it.

And you know me, I’m all about you, the reader. I wasn’t too happy with Golden Staffing. And Annemarie was right about working for another staffing agency since Staph Mark did not go so well.

February 23, 2008 was a break and I wound up writing something from a few years earlier, going to see Cheap Trick with Rita and her boyfriend Jerry at the Beacon Theater. Cheap Trick were good by we were way up in the balcony and unless you have seats in the orchestra, the view isn’t so good.

Earlier that week Bill and I saw his friend Mike MacArthur playing with Diane Schurr at the Blue Note. Also that week Roda and I went to see Lisa Riqoux Hoppe sing in the glee club at Stevens Tech with Rand.

In 2009 I wrote about Lois coming over to take some pictures for her then upcoming show “Is That Supposed to be Funny?”. I also wrote about the Academy Awards saying basically it was the Slumdog Millionaire show.

It was a play by play, with comments on what was going on. I think I took notes which I referred to when I wrote the next day, February 23.

Something about February 23 doesn’t lend itself to writing.

Check back next year. I know I’d be interested in what happens then, maybe you will be too. 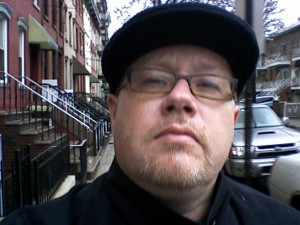