The day after the major snowstorm. It’s been reported that about 14 inches fell but I really couldn’t say. I’ll have to take their word for it. Just found out that NJ Transit has sent me a bus pass for the month of March.

I suspended the account last year, thinking I would be back at work by March. Well I was wrong on that count. So now when I get it, I have to return it in the blue envelope they supply. It was a good deal but obviously not needed at all these days.

I hoped they would send an email saying that the account was about to be activated again, that would be the ‘nice’ thing to do, but NJ Transit is not in the business of being ‘nice’. I won’t get a full refund, a deduction of $3.00 will be levied for all the trouble I put them through.

Nasty me, spitting in the face of NJ Transit.

Where do I get off? Next stop, please. Proxima parada, por favor.

It finally stopped snowing at some point last night. I had gone to the supermarket with Julio and never went out to shovel again after shoveling in the afternoon. I stayed in all last night, driving Bill crazy and being driven crazy by Bill.

As I wrote last night, we watched Eyewitness News at 5:00 hoping to catch Stine and Alexander. I gave up at 6:00 which is when they made the news. Julio called up and mocked me and Bill spent a good couple of minutes telling me ‘I told you so!’

We watched Keith Olbermann as usual, and then at 9:00 we watched 2 hours of Lawn Hors d’œuvre SUV. I had seen both episodes before, it took Bill until the last 10 minutes to realize that he had seen the first one.

The second one he remembered since it featured Rosie Perez. I reminded Bill of the time I worked with Rosie Perez as her escort for the AIDS Dance-a-thon in the 1990’s. She was with 2 of her friends and I was pretty much wired for sound.

I’m pretty sure we all had a good time, quite a few drinks were enjoyed by the 4 of us. Madonna even stopped by. She looked weird, shaved eyebrows and dressed like a fallen Swiss Miss, hair in tight buns on the side of her head.

She stopped by our table and said hi. Rosie looked up to her and said, ‘How you are?’ Then we all laughed at Rosie’s gaffe. That’s how I remember it.

I had done the AIDS Dance-a-thon a few years, then they stopped asking me. Not because I was wired for sound. Most everyone else was. I think it was because at the end of the night I said to the other volunteers that I hoped we don’t see each other again, explaining that I had hoped there would be no need for the Dance-a-thon, that there would be a cure for AIDS.

Bill was off to work this morning, I as usual slept in. He did call later on saying that the front of the building was caked with ice and that I should be careful. By the time I had left the apartment, it had all melted away.

I took a stroll along the waterfront. Not many people around. I enjoyed that. Took some pictures which are below. Saw quite a few snowmen and took some photos of them. I did see what, from a distance was a near perfect snowman.

2 teenagers were approaching it, and one of them decided to take it down with a flying tackle. I was pissed off at that, figured that someone took the time to make the snowman, but didn’t say anything, though I did secretly wish him harm on behalf of snowmen all over the world.

I know I wrote an entry called Snowman back in February 2006. In fact it was on the 12th., almost 4 years to the day. 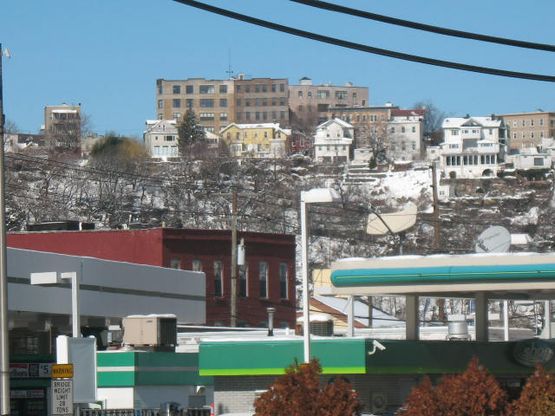 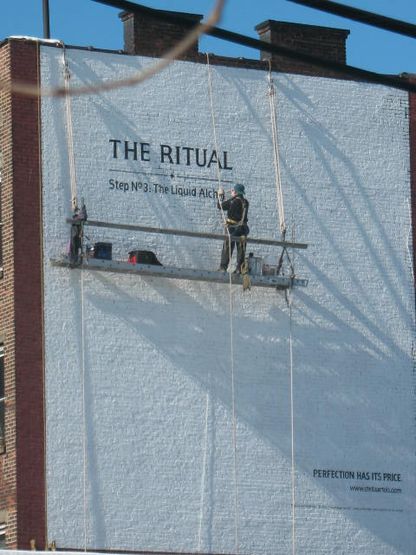 A job you won't see me doing. 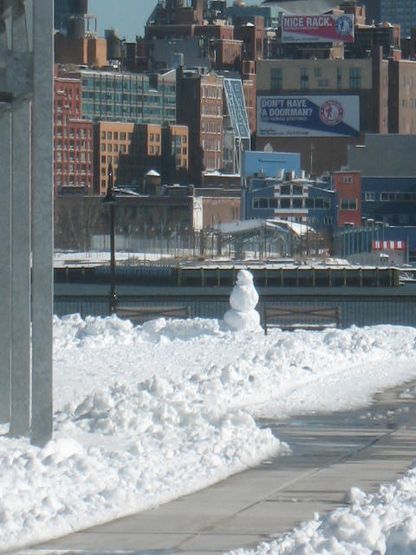 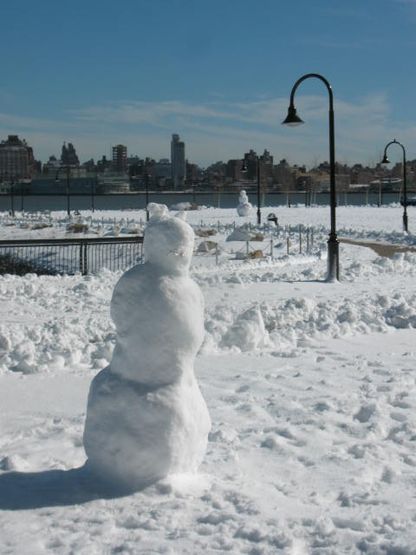 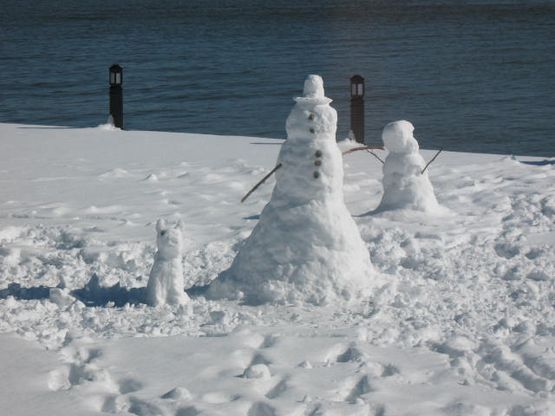