Well I was actually hoping for a big snowstorm. It would be fun (since I don’t drive) and those people named Brian who make money with snow plows would have the chance to make some snow dough. But the way things turned out, it was barely a dusting.

In Washington DC they received 2 feet, in Atlantic City there was quite an accumulation. Here in Hoboken it was barely noticeable. A disappointment if you ask me. I was hoping to take some photos, enjoy a cigar and walk around in the the snow.

I did go out today though and it was quite bitter. Bitter enough that one trip outside was all I needed to do. On the way back up the four flights of stairs, I did stop at the third floor. Had the Hoboken Reporter and the mail for Julio, Stine and Alexander.

Well actually for Julio & Stine since Alexander couldn’t be arsed with mail or newspapers, unless having a crayon in his hands.

I did find out that after I left Stine and Alexander on Wednesday night Alexander woke up violently ill. Projectile vomiting, pale as a ghost and with a fever of 103.

The next morning, after staying up all night with the baby they brought him to the doctor who gave him a shot of antibiotics and today he was just as good as he was when I last saw him. Leave it to Julio to blame me for getting the baby sick.

Of course it wasn’t my fault but I did think that it was for a moment. Apparently Julio’s sister’s baby was very ill and chances are that Alexander picked up whatever virus from his cousin. So blame Jake, who is on the mend himself.

Been an indoor day, after leaving the family unit on the third floor. Bill left a few hours ago after studying a script for a play he is stage managing up in Harlem in a week or so. This morning I made blueberry pancakes. I planned ahead about bought some Aunt Jemima’s on sale the other day in anticipation of the snowstorm.

Who wouldn’t want blueberry pancakes when stuck inside all day? I have to say they were very good. Perfect for a cold winter’s morning. Bill was asleep as I ate all of my nine pancakes. Washed the dishes, the utensils and the frying pan by the time he was awake.

He wasn’t hungry when he woke up but a few minutes later after I asked him if he wanted any pancakes he said that he did. And he too enjoyed the pancakes. I thought about having pancakes for dinner which is a rarity.

Once in a while, when I was growing up my mother would make pancakes for dinner. Maybe not once in a while, perhaps once or twice. Still it sticks in my mind, enough for me to consider the same menu 40 years later.

Right now watching the Led Zeppelin DVD’s, from the Hoboken Library via BCCLS. Much prefer the second DVD. Madison Square Garden (where my brother Frank and his wife Elaine are supposedly in the front row), Earl’s Court and Knebworth.

It’s astounding how many crotch shots of Robert Plant exist in the footage. You’d think with all that money he’d be able to afford a shirt that fits him properly, instead of a midriff. Then again it was the 1970’s so anything went.

Jimmy Page did throw out the perfect rock star shapes though, so damn cool when at the Garden while playing The Ocean. Impressive 37 years later.

Don’t know if I posted these things previously, but here is a painting by a friend of mine, Andre Scot Grindle from a photo of myself, and my own playing with a computer program and attempting to Warhol my photo, but going too far as usual.

As Andy used to say, ‘Always leave them wanting less.’ 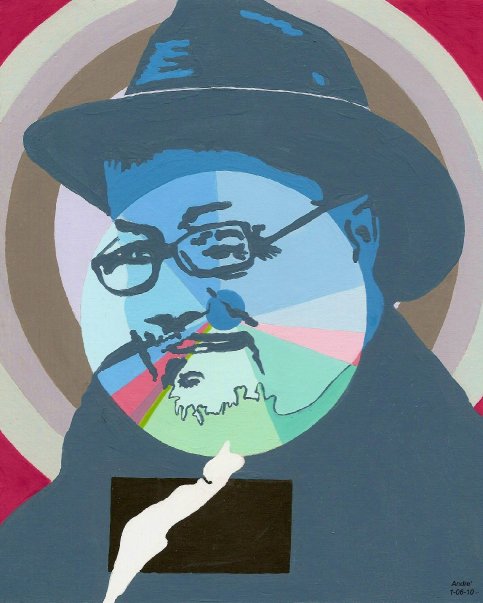 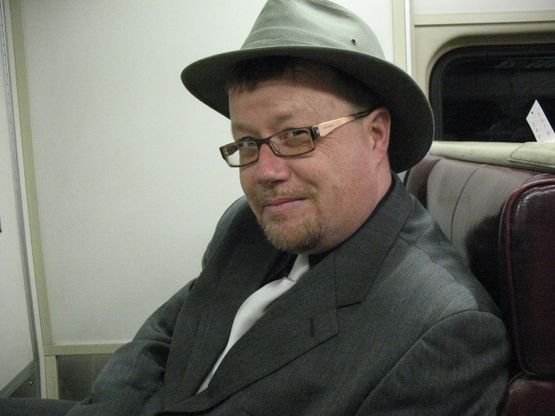 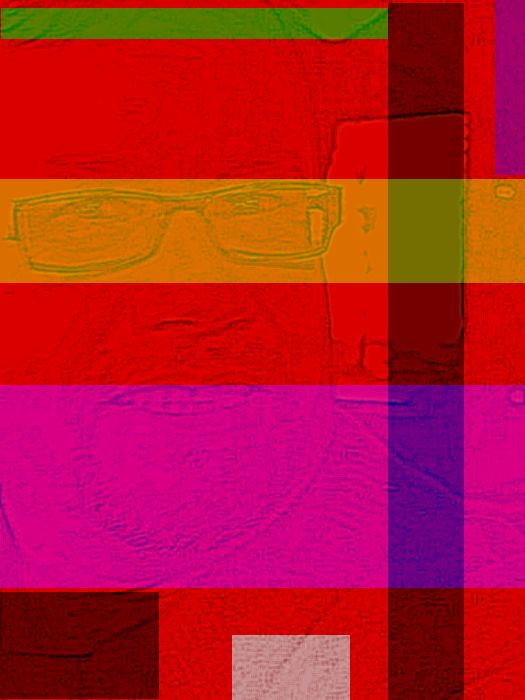 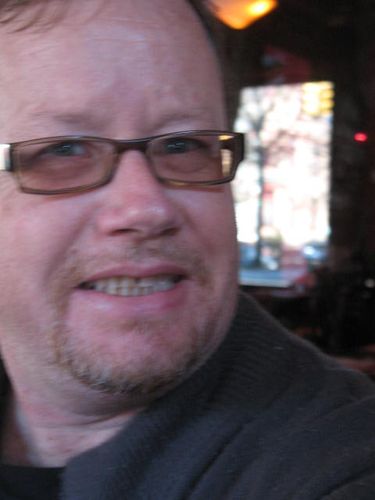