OK, when I left off last night I was meeting Lisa De Falco for a conversation about me becoming a realtor. In my case it would probably be surrealtor, but that’s besides the point. Lisa called as I was writing at 6:00 and told her I would call when I was on my way.

I finished off the blog entry and got my act together and headed down the stairs. I pulled out the cellphone to find nothing. It stopped working. Panic. I had a phone interview for a job this morning at 10:00 and here I am the night before without a phone.

I walk over to Arf where Lisa was working and meet up with her. The plan to have coffee fell by the wayside and we opted for a walk. Lisa pulled out her cellphone and was able to call me but the connection was quite weak.

We decided to walk over to the T Mobile store and see what they could do. They usually treated me shabbily there so I wasn’t too optimistic. But to my surprise they were quite helpful and gave me a loaner phone for 14 days. I was grateful and told them so and Lisa and I continued on the walk around Hoboken.

Lisa, by the way looks fantastic. Lost many pounds due to gastric bypass surgery. We discussed the real estate license and she mentioned that I would need to drive which put an end to that subject. I don’t drive and won’t drive. Case closed. No big deal, it was just an idea.

Still Lisa and I had a great time walking around discussing life and things for an hour or two. Called T Mobile after we parted and got the run around. Called up Bill at his job and I was irate and curt that he couldn’t help me fast enough.

I was a douche bag and apologized when I got home. Thought that would be the end of it but it wasn’t. T Mobile gave me the run around a few more times before I was able to snag a free phone since I’ve been a loyal customer for 8 years.

Of course I had to re-up my contract for 2 more years but hey, thems the breaks for a free phone. Bill and I had a major row when he got home. My apology was not accepted, and me playing guitar in the kitchen, to welcome him with a song, and the dinner I cooked for him wasn’t enough.

His raised voice, his palpable fury, versus my calm reasoning. It went on for a couple of hours and things did get better. We hugged and kissed. Despite the making up, I didn’t sleep well and I don’t think it was because of him.

And then there is Juan, who has been possibly diagnosed with kidney cancer. Biopsies are in the works. He was in a car accident over the weekend and wasn’t really hurt though his ribs ached. X Rays were taken and a swollen lymph node in his lungs was detected.

Further investigation indicated that the kidney cancer may have spread to his lungs. Still he has the spirit and the wherewithal to fight it. I of course am on his side, and willing to jump off the wagon should the need for herbage come into play. Just gimme a reason!

Now I am off to the Times Square protest. And now I am back from the protest in Times Square. A bit soggy, a bit hoarse but glad to stand up with Bill for our brothers and sisters in New York. It was a decent turnout despite the rain, about 300 people turned up. There were 2 other protests going on as well, one was against Obama sending 30,000 more soldiers to Afghanistan and another was protesting against US interference in Iran.

Busy night for the NYPD but it was worth it in our case. We marched for California and we sure as hell
could march for our brothers and sisters in New York State. Civil rights, equal rights, not special rights.

The phone call interview went well and I have another interview, in person scheduled for Monday. Had to break the news that I was a college drop out from Upsala College in 1982 since my mom had fallen ill and I had to take care of her.

Also had another weird cannabis free dream last night. Annemarie and Bill were in it. It started outside the office building where I worked and was asked to participate in a photo shoot downtown which happened to be the spot where the Mudd Club used to be. 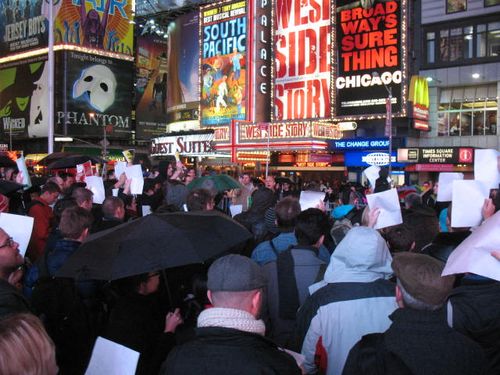 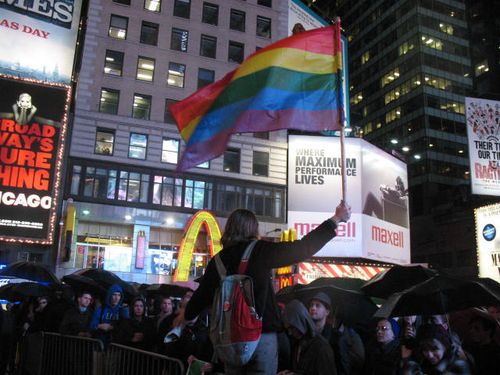 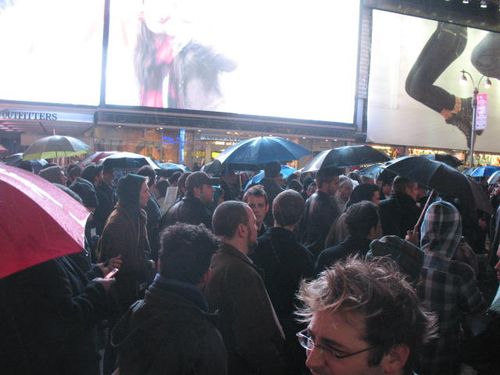 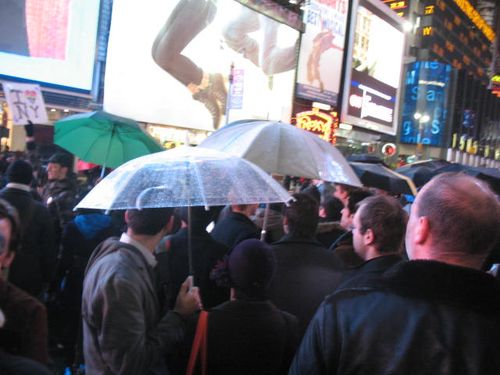 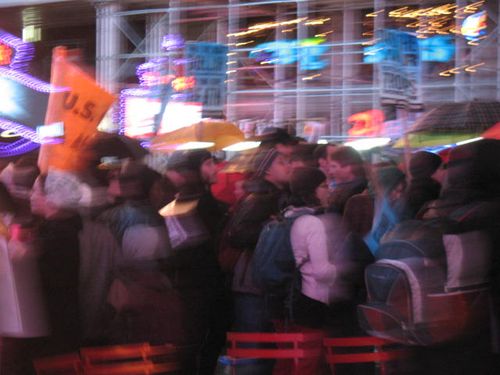 The US out of Afghanistan rally 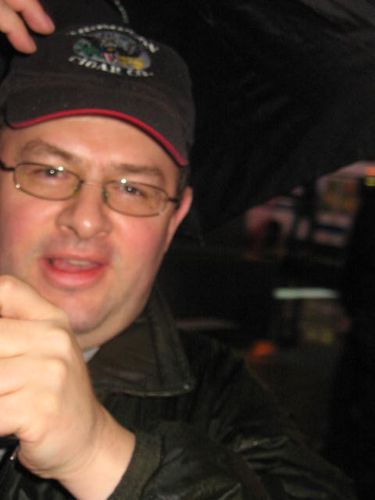