Well last night, or rather prior to last night I was fraught with anxiety which both my sister Annemarie and my brother Frank detected when they called me on the phone. I tried working through it on my own, having a hearty dinner and decided some music might be good to clear the decks.

I picked Sweeney Todd and got through the first 2 songs then I asked myself, ‘Is this supposed to make me feel better?’ It wasn’t working and went to the tried and true record that always gets me out of my blues, Ian Dury & the Blockheads, ‘Do It Yourself’. And it worked.

I got my stuff together, 2 iPods, cables for the iPods as well as AC cables and the new cables to connect to the soundboard. I checked a few times to make sure it wasn’t forgetting anything. It was pouring rain as I walked up to 14th Street and got some cash from the ATM, just in case I wanted a drink.

I initially thought I wasn’t going to have a drop, but then I thought ‘why the hell not?’ Also enjoyed a cigar on the way, walking under my big umbrella and took some pictures of various holidays lights with my cellphone which I sent to Facebook.

Got to McSwells as one of the bands were sound checking their way through Rock & Roll by Led Zeppelin. Carson was the sound man as expected and he was a pleasure to work with. Since they don’t employ DJ’s anymore at McSwells, they usually play CD’s between acts nowadays, there was no mixer so I was going to use 2 channels on the soundboard to switch back and forth from the iPods using volume control.

I went outside for a smoke while the sound checking continued and saw someone who looked familiar. I asked if he was Chris Butler and it was. I introduced myself as Frank’s brother and told him that Frank would not be coming but he told me to say hello.

Chris Butler was quite nice and I mentioned that I would be playing a song that he wrote later in the night, Christmas Wrapping by The Waitresses. I do love that song and he said thanks and ran off.

I went inside and started playing, figuring that things would be delayed a while, starting off with Wah Wah by George Harrison.

Soon the first band came on, Tammy Faye Starlite featuring Miss Tammy Faye with assorted musicians that would appear later on in the evening. She was good, at least singing wise. Her between song patter was best described as crude. I suppose it was funny but lacked in sophistication and wit.

Ran into Rand who was by the bar and wound up hanging out with him through the night. Also saw Roger Johansen and it’s always good to see him. George Usher was next, he played an earnest set. I mainly know him as having lived in the same building as Jim and Meghan when they lived in Hoboken last.

The Individuals were next, Jim Mastro filling in on guitar playing with Glenn Morrow, Janet Wygal and Doug Wygal. I love watching Jim play, he certainly brings a spark to the proceedings. Then up came the Guitar Bar All Stars, various employees of my favorite shop.

They opened with Heroes by David Bowie which I had to then scratch off my playlist, then they played Dylan’s Leopard Skin Pill Box Hat and that made another song I had to cross off. But it was all in fun. In between acts I only had one or two songs to play, the changeover from band to band was that smooth and swift.

Up next was Elena & Boo, doing a nice country & western set of duets, guitar and banjo. While the bands were on I usually took a picture of who was playing, then ran out front and had a pint with Rand, timing it to be back in time, but just in case, I told Carson the sound guy which iPod was cued up.

The big surprise was Antietam. They were old friends from the Louisville contingent that Rand and I et al used to occasionally hang out with. It was great to see them again and they looked great and they sounded better than they ever did before, even covering a song written by Terry Karydes who the benefit was for. Melodies mean a lot!

Everyone’s favorite nice guy drummer Dennis Diken was up next with the Bell Sound and they were fun. Chris Butler was playing with them and much to my surprise, they covered Christmas Wrapping! It was a lovely surprise and I found myself singing along, spurred on by what was now a few pints of Guinness.

Next up were the Schramms which was the band that Terry Karydes played with back in the day. They rocked of course,, and of course I was getting rocked myself.

The wonderful Chris Repella made an appearance, just hanging out. She lives around the block from me. She’s another sweetheart. Then Kate Jacobs followed with her band and played a sweet set. Then closing the show was Freedy Johnston who opened with Love Grows Where my Rosemary Goes.

All in all a very lovely evening. Guy Ewald was there, he was the guy I replaced when he gave up DJing, John, Toni and Mark from Speed the Plough were also there, asking about Frank and once again I gave the spiel.

Also spotted was the legendary and beloved Bill Ryan who hardly anyone sees these days and he was with Suzanne who used to be around a lot. She looked as great as ever and still one of the prettiest and sweetest people.

I actually saw her at the Library the other day, I was heading out and held the door for her as she was heading in. I descended the steps and thought, ‘Was that Suzanne?’ and lingered outside thinking she’d be back out. I asked if she was at the library and she said she was and thought basically the same thing about me.

I spoke with Dennis Diken who’s a really nice guy, and he remembered Frank of course, and also my brother Brian. He asked if there were any more of us, and I mentioned Annemarie but she’s in Northern California. Rand, Chris Repella and I just hung out by the front bar drinking more and more Guinness and having many laughs.

We almost closed the bar but there was a table of 6 people who came in late for some cocktails, so technically we weren’t the dirty stay outs. Once again, I had a much better time than I expected to have.

It’s nice when that happens.

Here’s the playlist from last night and pictures of all the bands….
Wah Wah- George Harrison
Cut it Out- The Go Betweens
Time to Pretend- MGMT
Joy to the World- The Fab Four
Winter of Love- Chris Stamey
The Little Boy That Santa Claus Forgot- A Girl Called Eddy
Have Yourself A Merry Little Christmas- Husky Team
I’d Like You for Christmas (Ursula 1000 Remix)- Julie London
Love in the Year 3000- The B-52’s
Christmas Time is Here Again- The Beatles
Inspiration Information- Sharon Jones & the Dap Kings
Who Took The Merry Out Of Christmas- The Staple Singers
2000 Miles- Pretenders
Purple Snowflakes- Marvin Gaye
Wouldn’t It Be Nice (Backing Track with Vocals) The Beach Boys
Two Weeks- Grizzly Bear
Jack the Ripper- Raybeats
Shakin’ All Over- The Yardbirds
Christmas Wrapping- Waitresses
A Change At Christmas (Say It Isn’t So)- The Flaming Lips
Marshmallow World- Darlene Love
Jump in the Fire- Harry Nilsson
Well Alright- Spoon
Lenin- Arcade Fire
Buzz- Pylon
Fairytale of New York- The Pogues
My Dear Acquaintance (A Happy New Year)- Regina Spektor 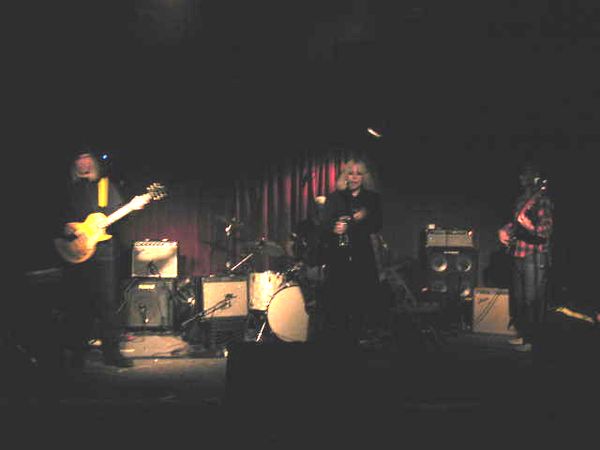 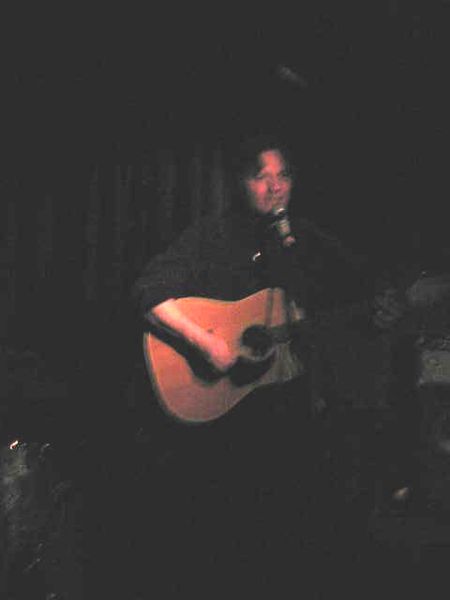 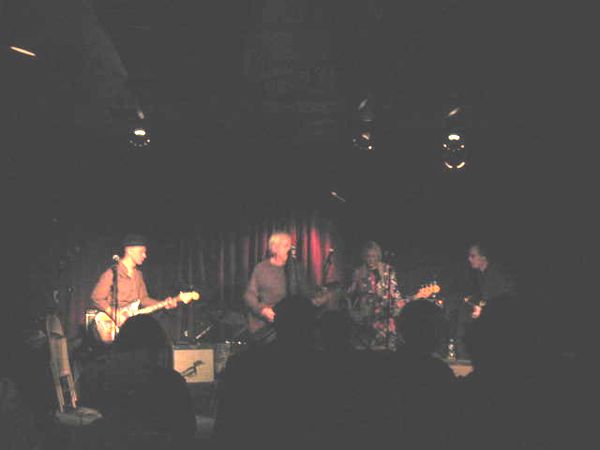 The Individuals with Jim Mastro (left) 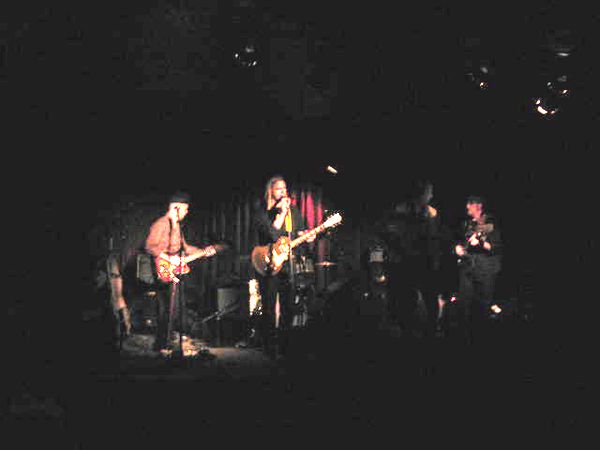 The Guitar Bar All Stars 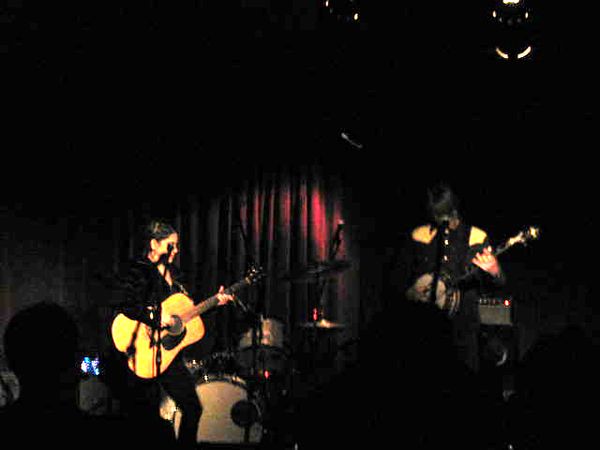 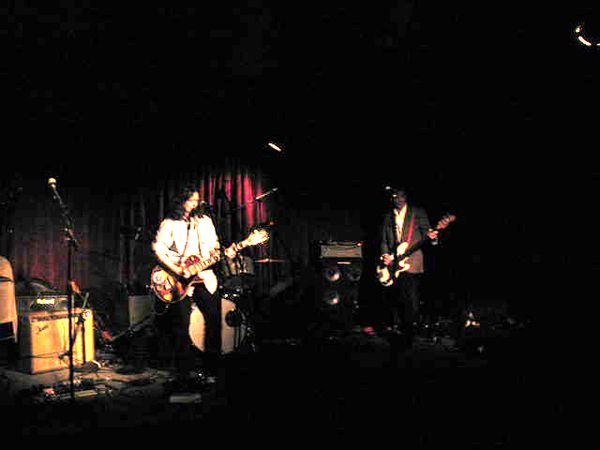 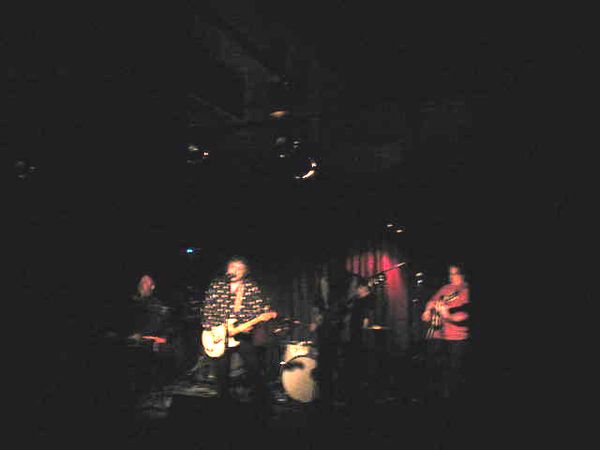 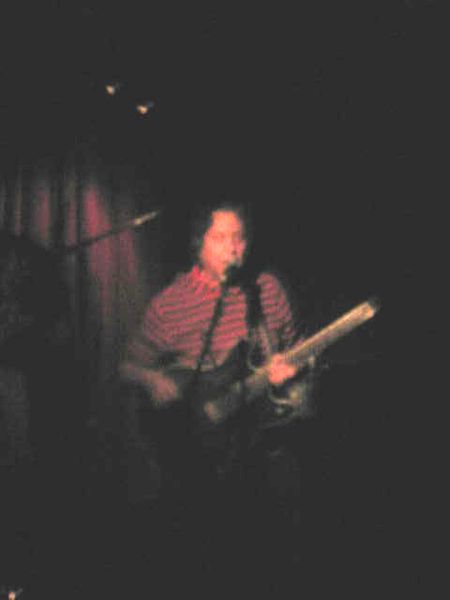 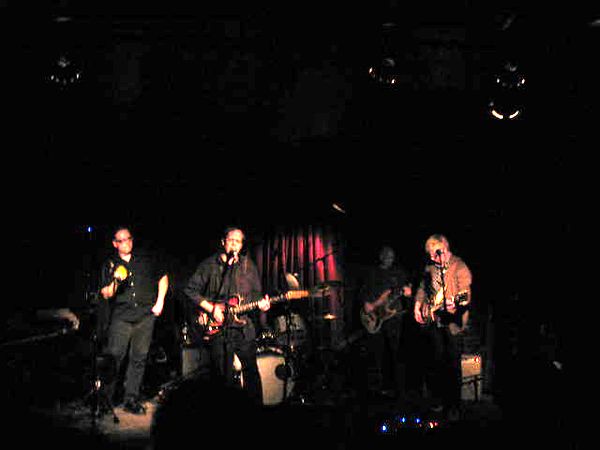 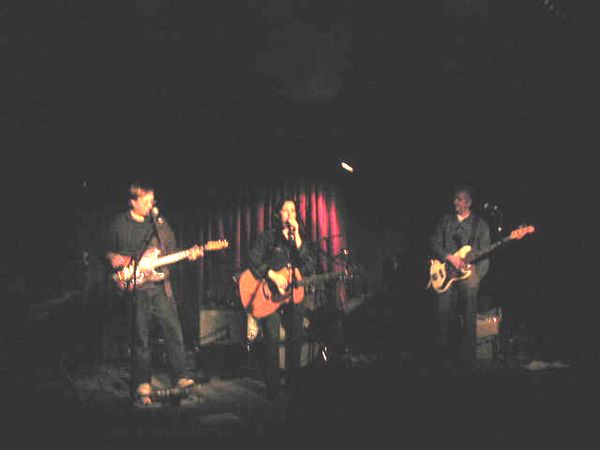 Kate Jacobs and her Band 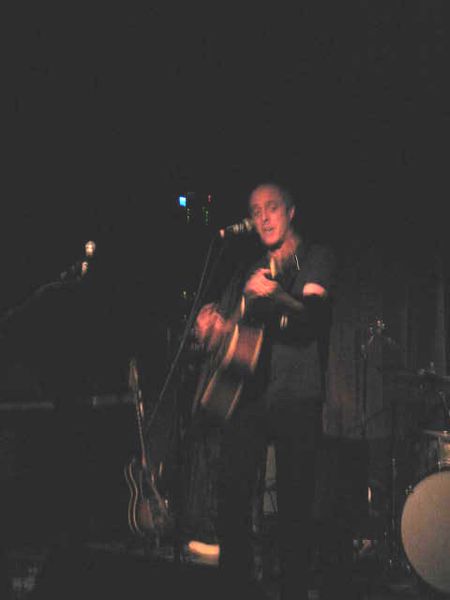