Well it rained quite a bit overnight. So much rain it woke me up. Why, I was awake before 9:00 it was so loud. Bill was off to deal with the Department of Motor Vehicles in Bayonne so he could have a legitimate New Jersey address.

It could come in handy should we decide to tie the knot. The other night I showed him how to make a square knot, which is something my brother Frank taught me way back when.

Have some good news possibly. Juan might have been misdiagnosed. What they thought was kidney cancer might actually be a tumor. A type of tumor which is sometimes mistaken for cancer. More info next week on that.

You’d think he’d be over the moon but he had just made arrangements with school to suspend his studies, spoke with his landlord who canceled his lease.

It turns out he didn’t have to do all that. I told him he now has an opportunity to restart his life, but oddly enough he’s worried that his friends and school will think he was trying to get over. I wrote oddly since he never cares what other people think.

And in any event, if he has this tumor, an operation will more than likely need to be performed so he will have the scar to show that it wasn’t cosmetic surgery. He’s on his way over right now and I guess things are back to normal since he’s basically furious with certain members of his family.

I expect him to initially be as charming in person as he was on the phone. I’m so HVAC sometimes.

Made fast friends with Kurt who runs The Hoboken Journal blog. He’s anti-Hoboken411 too so it’s good to have an ally in the blogosphere. I did visit that other accursed site, Hoboken411 and saw how good ol’ ‘Libertarian’ Perry so damn excited that a 7/11 is coming to town.

He’s more than likely angling for free Slurpees and burritos. Across the street is Hoboken Daily News which is a nice little store currently run by Andy and his brother, both upstanding gents. I’ve been going there since I moved to Hoboken in 1984.

Andy and his brother are worried since 7/11 is a big impersonal powerhouse and these newcomers to Hoboken probably have no loyalty and will cling to the comforts of the suburbs that apparently have followed them to Hoboken.

Andy is a great guy and will let you slide if you don’t have enough cash, just pay the next day. In this day and age that is a rare thing.

Last week while I was in there getting my smokes, a thug wannabe was hanging out reading the magazines. Apparently he’d been there long enough so Andy told him he couldn’t read the magazines anymore.

The wannabe was indignant despite standing directly in front of a sign that said ‘Please Don’t Read the Magazines’. It’s OK to thumb through but to stand there and read an article is fairly enough, not allowed.

So the wannabe throws the magazine to the floor gets behind me muttering to himself that he’s going to ‘duff’ this guy. For those playing at home, ‘duff’ means to deliver a severe beating. I heard this and said ‘Whoa. Easy with that duff talk’.

The thug wannabe was obviously surprised that a white dude like myself would know what it means and challenged me on what it meant. I told him using the Queen’s English and he asked how I knew. I told him I knew because I knew.

I didn’t say my good buddy, Pedro the corrections officer told me. Anyway the thug wannabe buys himself a cheap ass plastic tipped cigar like the kind Snoop Dogg smokes and tries to walk all hard out of the store. Andy was most appreciative. I kept it gully. It was all on tape.

I picked up the magazine the thug threw down after saying that Andy wasn’t respecting him, and ironically enough, the magazine’s title was Respect.

I know, I thought it would be Cat Fancy or Modern Bride too.

I don’t usually involve myself in situations but I do consider Andy to be a friend.

This afternoon I had a nice little chat with Andy and his wife about blogs, told him about mine and Kurt’s Hoboken Journal. Kurt had posted about Hoboken Daily News and a few people commented how much they liked the store and Andy was very much interested so I gave him both blog addresses, telling him that Kurt’s was more political and social whereas mine was ‘all up here’ and pointed at my head.

I heard crickets in a hollow hall.

Walked around after taking pics of Andy and his wife as well as the exterior of Hoboken Daily News. Ran into Chris Repella on the street. Ran into her yesterday too. She was with her charge, a young autistic boy. She was a bit blue, broke up with her boyfriend and her cat died this week.

I did my best to bolster her spirits and told her that she’ll be OK. I love her and told her so. She’s a sweetie from the McSwells days 20 years ago. She appreciated it and I was glad to say it.

Now Juan is here reading and cutting up magazines and slowly coming in off the ledge. He wasn’t going to jump, just scream at the world about his frustration.

Also spoke this afternoon with that Chasm fella in Vermont. Mr. & Mrs Chasm and the baby are doing OK, Casey is trying to figure out some major life choices. He was surprised with the fact that I’ve been cannabis free for about 3 weeks now. He asked why and I told him financial. He asked if I had a job would I go back to it and I said probably not. I really don’t miss it.

OK that’s a bit of a lie. I miss it when trying to go to sleep at night.

Oh, last night Bill and I watched the Dark Knight on DVD. Bill had never seen it before and it was than Lawn Hors d’œuvre repeats. He loved it, sitting at the edge of the couch throughout the movie. We will probably watch it again before I return it to the Library. That’s where I get my DVD’s now since I suspended my Netflix account. 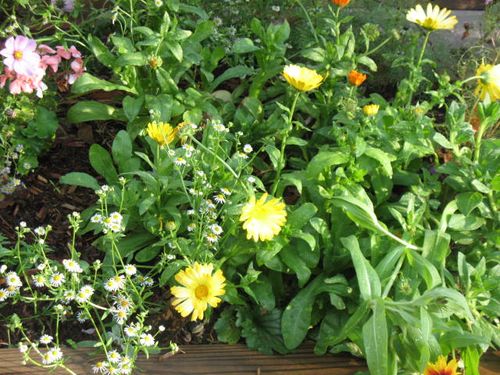 Flowers while on the phone with Casey Chasm 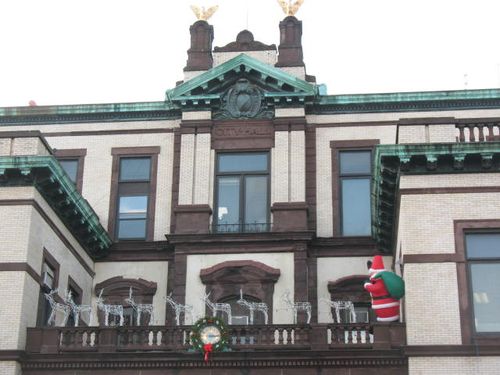 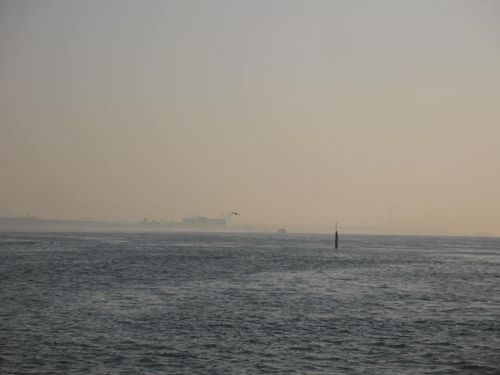 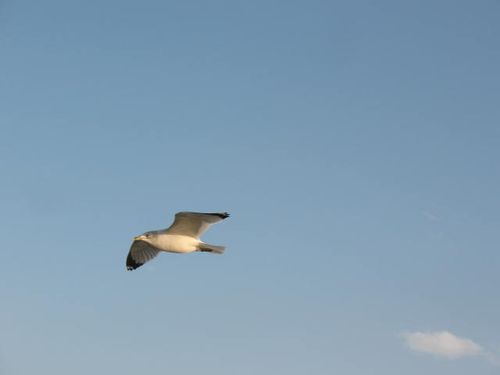 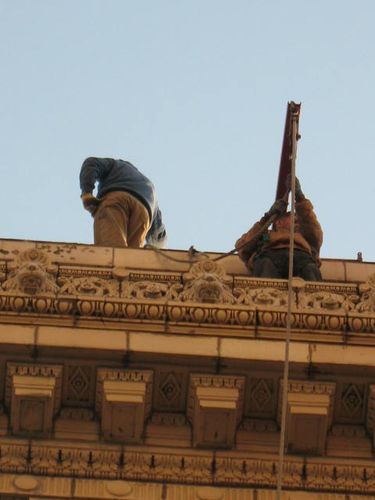 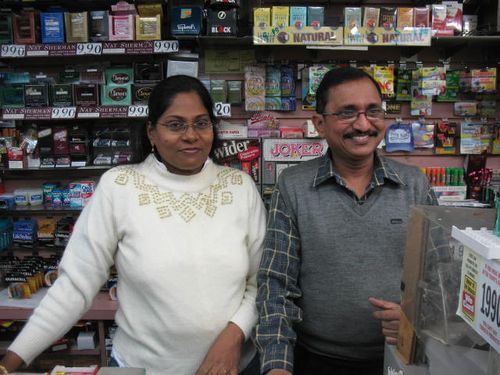 Andy and the Missus 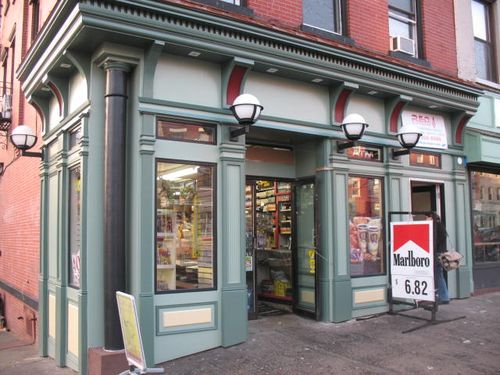 I’ll be spinning and making myself dizzy. 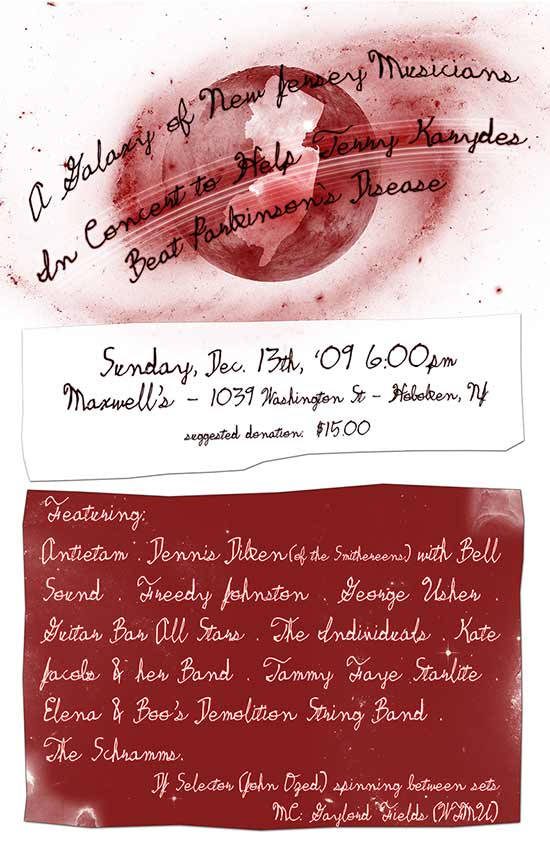