Don’t know what to write about since there’s nothing really to write about. I went for a walk around Hoboken. Saw a few other unemployed people, all with the same look on their faces as me. Though I’m reluctant to describe it this way, it certainly was a vanilla sky.

I tried watching Gran Casino by Luis Bunuel finally after getting it from Netflix back in September. I did some reading about it online and read that Bunuel felt it was one of his lesser films so I stopped halfway through. I really didn’t care for the story and didn’t have the attention span to sit and watch it.

So that got me out of the apartment. Things being tight financially made buying anything risky behavior.

Heard from Pedro who is in Puerto Rico since his father is not doing that well. He called me up the other night to ask me about what type of luggage could be carried on board. I explained that a 2.5 foot bag worked for me when I last flew and that I was able to stow it in the overhead compartment.

When he called he asked me to guess where he was calling from and when I answered, Puerto Rico he was surprised, having forgotten that he actually called me telling me what he was doing and where he was going. Such is his state of mind lately.

Sent out a few resumes today, with hope mixed with antipathy. I almost wrote despair but I know how that would go over with some people. Antipathy is a better word anyhow. Almost like antipasto which is more repugnant to my delicate palette.

Having this time is good though sometimes.

I’ve been cleaning the apartment, bit by bit. Unfortunately there are quite a few bits.

Last night, being a Monday night meant Heroes is on. I feel I’m committed to seeing it all the way through. Bill was home when I started watching it and he remarked that he likes the show but finds it difficult to follow.

He hasn’t seen all the episodes like I have. Bill also mentioned that it reminded him of Lost. Well Lost is something totally different though also in the realm of science fiction. And that’s scheduled to wrap up next year.

Heroes doesn’t seem to have an end date and they keep introducing ludicrous characters that no one (at least in the forum that I read about it) cares much for the new actors. They should definitely tie it all together as much as they can and pull the plug.

You might have noticed that it was a late posting last night. That was mainly because I was distracted by the Google Chrome browser that I started using. Harpy suggested it so I downloaded and played with it, figured out the ins and outs.

I had actually finished the post before 6:00 last night, but when I went to check it still wasn’t up. Then I checked out the Word Press dashboard and there it was, forlorn and forgotten. So I posted after midnight even though the time stamp was something like 17:45.

I can tell how alarmed you all were, being inundated by emails showing concern. Well rest assured it will not happen again, at least not tonight. 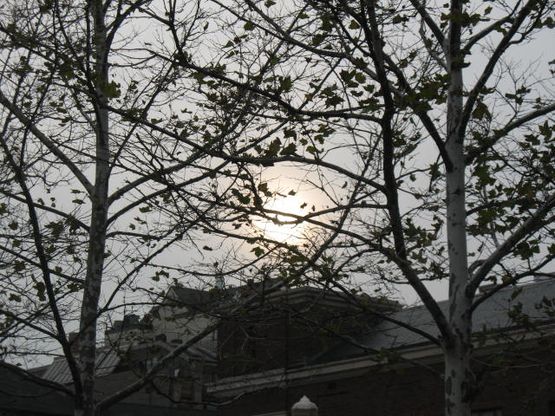