Well today was the day of the interview. Not much to report on. Just met with a staffer at an agency. They check you out before sending you to the actual company. Then the company interviews you and then makes their decision.

The only drawback I can see if the fact that they are asking for a college diploma, ideally a bachelor’s degree and I did not go to college due to my loathing of education.

If you think I’m smart, it isn’t because of schooling. It’s more from the people I’ve met and things that I’ve read on my own. Obviously I don’t recommend this for everyone. I don’t regret not going to college, but I wonder what those college graduates who are presently jobless might be thinking.

The interview went well I think though. Met with Peter Lee since the original person I was supposed to meet was out today. We clicked I think and he mentioned that if this doesn’t happen, then he would keep me in mind for other positions that might come up.

I think they’re connected through the New York State Department of Labor so they might get a kick back if they can place someone in a job somewhere. The job was originally posted through their Paramus NJ offices and when Peter mentioned that I was ready to say I can’t work in Paramus.

But no, the job is at 38th Street and Fifth Avenue. I do have to take a skill test which Peter sent to my email. That’s a bit nerve wracking even without the pressure. Of course it all boils down to confidence and that is something I generally lack.

I’m going to wait until Bill comes home so he can bolster my spirits and perhaps give me a nudge in the right direction while I do the test. He’s been so good lately with his belief in me (though he always believes in me, a lot more than I believe in myself) and I can say that without him I’d more than likely be lost.

I have given advice to various people in the past advising them to stop beating themselves up, the world is always more than willing to do that to them. And of course I have difficulty in following my own advice leaving me with the wringing of my hands, the scratching of my head and an overall sense of uselessness.

With all that on my mind it’s no surprise that I didn’t sleep to well last night. I was tired enough but couldn’t really sleep too well due to the fact that Bill’s sleep apnea mask was making some noise which kept waking me up.

At some point I did ask him to take the mask off. He heard me ask him that but still slept with the mask on.

I did eventually get a couple of hours of sleep once Bill went to work. And then’s when I had a dream about my father. And it wasn’t a bad dream.

I never dream of him as far as I can remember but it started out with my brother Brian cleaning the front of 13 Riverview, where we used to have bushes. I went into the house where I saw my father and gave him a hug.

He was talking to someone about me, saying that I used to be called Idaho John since that’s where I was conceived (?) but now that I go out with men of color (that would be Bill) I’m now called Black John.

Yes it was a weird dream and I quite sure I wasn’t conceived in Idaho in any event.

Just got a phone call from the previous job. My replacement was asking me about the dimensions of a glass table piece that was broken last year. As if I carry that info around. I never had the info to begin with and suggested she get a tape measure and measure it herself.

Such knuckleheads they be. 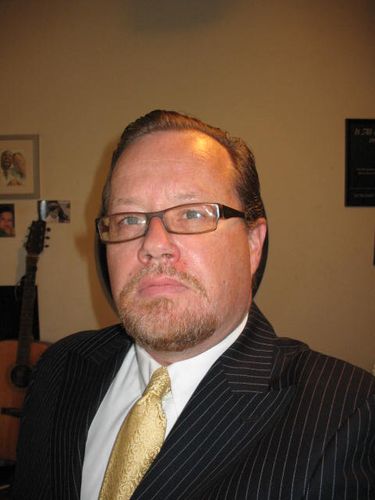