So they tell me it’s Friday. That means tomorrow is Saturday. And the people that work will be roaming around on the streets. Today people who do work, well some of them took off to cheer their favorite baseball team, the Yankees.

Nice to have the fans all corralled somewhere, easily identified and tagged before being let into the wild again.

I really can’t say anything bad about the Yankee fans since Bill is a Yankee fan. The exception to the rule. He didn’t make it to the parade in Lower Manhattan. He has a job and wants to keep it.

Despite the shooting at Fort Hood yesterday in Texas, the big news around here was the parade. Just as well though since I’m trying to ween myself off the cable news lately. Just too much information and most of it bad news. Perhaps the Yankee parade could be seen as a relief, a tonic for the troops as it were. Also an office shooting in Orlando FL this afternoon.

Instead of all that I watched Mad Men. I’ve been watching this season since there is a free on demand service on the cable system here. No Ovation channel but free AMC on demand. The last episode I watched takes place on November 22, 1963.

When that happened, I was only a year and two months old so my recollection is mighty fuzzy. It was interesting to watch how life stopped for a few days for some, and for others it went on, slightly adjusted due to then unforeseen circumstances.

Just had a very nice interruption. Julio’s wife Stine gave me some meatballs and a cabbage, carrot sauce. She was making them and texted me that she was making them as I was eating dinner myself. Jet taught me years ago that you should never turn down free food.

Stine made me an excellent meat sauce the other day, which I’ve had half of with some pasta. I will probably finish that off tomorrow. I’ll have the meatballs for lunch. It was nice to spend a little bit of time with Stine and Alexander.

Kicked a ball back and forth with Alexander and if I might make a prediction, he has the potential to be an excellent soccer player. He rarely let the ball get past him and kicked it directly back to me. He’s amazing.

Maybe other kids are just like that, but Alexander is actually the first kid that I’ve seen with regularity, watching him grow and develop every couple of days. Today he danced and laughed and kicked a ball. According to Stine he does a lot of this to impress me.

Just like his father. But I’m more impressed by Alexander, no matter how many times Julio screams, ‘Look at me! Look at me!’

I also watched RockNRolla, directed by Guy Ritchie. Not as good as Snatch but somewhat enjoyable. I got it from the library and went back to drop it off, I noticed I had a little bit of swagger in my walk. Just a little bit.

I’m just happy to have my food this weekend all set and just needs to be reheated.

I plan on getting Stine some flowers tomorrow as a thank you. 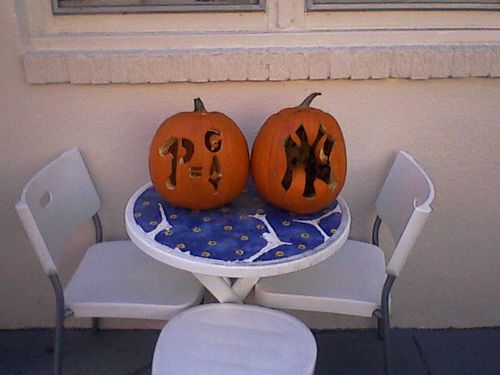