Still pretty tired from yesterday’s bicycle riding and despite how tired I was last night, I did not sleep well at all. Lot’s of tossing and turning and very little rest. Bill slept like a log of course. He was up early for another bus excursion.

Last night we watched some Beatles stuff on VH-1 after a dosage of Lawn Hors d’œuvre. Basically the last hour of John Lennon: Imagine which has a great scene where John and Yoko are strolling through Central Park and they come across some guy who’s absolutely thrilled to meet THE John Lennon.

Of course he asks when the Beatles are getting back together and John says ‘Tomorrow’ which makes the guy laugh and say ‘You’re full of it.’ The next scenes are about John being brutally murdered at the Dakota in front of his wife.

Bill was off to bed, and I joined him after entering my unemployment claim at 12:01AM. And from there on in it was an uneasy sleep. Woke up, Bill was on the road. I made some coffee and had a cup before deciding to head out in the world.

I was out of coffee and decided to get some more so I wouldn’t need to stress that tomorrow morning. But since the was a holiday weekend, Empire Coffee wasn’t opening until 10:00. There was a young woman standing outside as I walked up and she asked me the time.

I decided to do some other errands, bagels, newspapers to pass the time but despite walking a few blocks up and over and getting those items I was still waiting in from of Empire Coffee 10 minutes early, despite taking my time.

This time I waited with some members of the stroller set. I was a gentleman and let them in before me for their lattes, their chai tea before I got my pound of coffee. Then I came home and read and ate and tried to figure out what to do today.

I was still tired and achy from yesterday. I thought about going to Tomkins Square where Rand and Lisa had a table for the Jack Kirby Museum.

Also thought about walking up to Central Park again, this time through the Brazil Day festival on Sixth Avenue. I wound up heading into the city on the Path to 14th Street and walked down the street enjoying a cigar.

Walked by the former Farfetched which is now a black hole of goth. Such a drag. Walked down St. Mark’s Place, surprised to see a new sneaker by Vans, featuring the Pixies, or at least their logo. 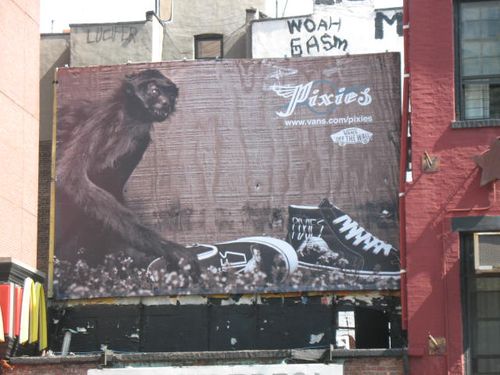 Crazy crowded on St. Marks, lot’s of tourists and perhaps NYU students which is basically the same thing. Saw Rand & Lisa and their friend Richard and hung out with them for a while. 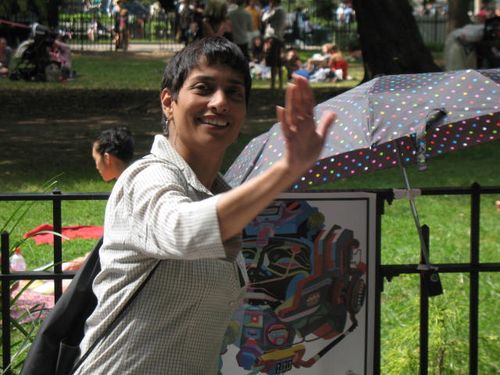 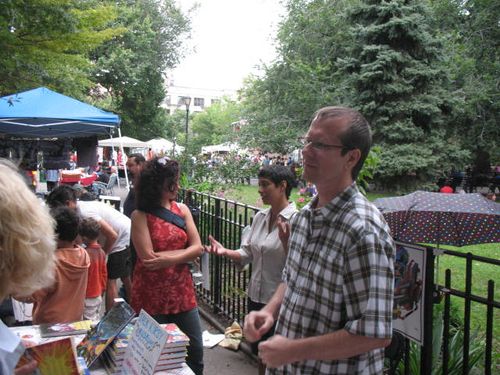 Jerri Meyer showed up, former girlfriend of my former roommate Jimmy Lee. Nice to see her, she’s still employed at Sony much to her surprise. 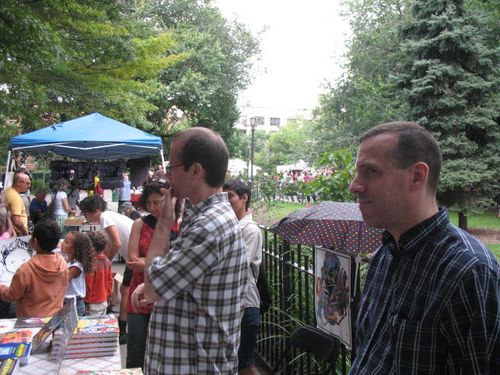 Spent over an hour there and had an enjoyable time. After Tomkins Square I walked over to First Avenue and caught an uptown bus for a quick stop in the office.

I wanted to check Greg Stevens stuff before he came in on Tuesday and all was in order.

Then a walk to the bus terminal, skirting the Brazilian Festival and most of the gawking tourists in Times Square.

Came home, made myself a nice supper and now here I sit, not as tired as earlier but still pretty much tired. 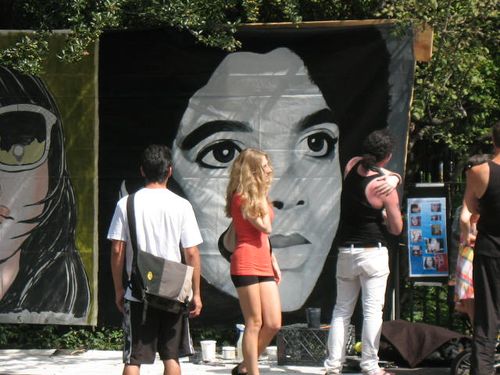 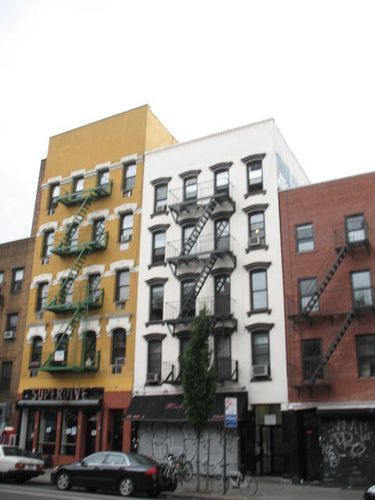 at risk of sounding like an old geezer, but I remember when this neighboor was all cement windows and very rough... 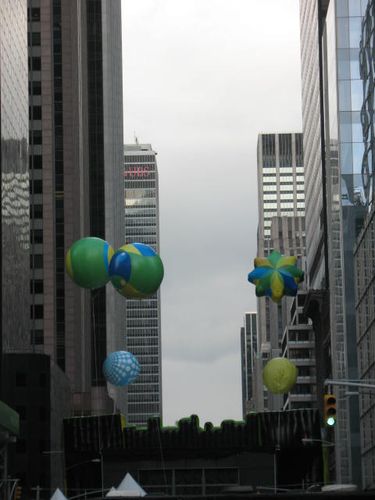