I guess I’m a touch hungover from last night. Must have been the 3 Absolut shots that I had. There’s nothing like a nap to correct that situation somewhat. And nap is what I did. Apparently I had a leg up on Rand who phoned earlier.

He was surprised that I had been out and about already. Around 10:00 I was getting coffee, bagels and the paper as well as a trip to the supermarket. On only a half cup of coffee I was surprisingly human. No need for homicide. Relatively coherent too.

But all things being equal (whatever that means) it took a toll and I sit around the apartment so far watching the rain fall down on this humdrum town, morosely. The weather certainly lending itself to that mood.

So a 20 minute nap was a reboot which might have done the job. So much so that I put on a pair of shoes since the sneaker I wore this morning had gotten a bit wet. Also heard from Casey Chasm, trying to entice me to move up to South Burlington with Bill so we could get married, as if that was in our plans.

I didn’t mention that that wasn’t in the plans as far as I knew. The topic hasn’t come up in a long time and why should we risk losing an imperfect relationship?

I guess jaded and cynical is the theme thus far.

Casey said everyone was fine, the missus and the baby both doing well.

It’s now a few hours after all that. I heard from Rand asking if I was interested in seeing Leon Russell play the Hoboken Art & Music Fall Festival. I was ambivalent and so was Rand, but he wanted to see what Elton John saw in Leon Russell back in those early 1970’s.

Elton said Leon was a major influence. So I called Rand and made plans to meet him at 7th and Washington. I had a big cigar and walked up to Washington St. Julio and Stine were out there with the baby somewhere and I thought I would see them but perhaps they saw me first.

Due to the foreboding weather it certainly wasn’t that crowded, but then again there was the stroller set out in full force taking up much space. People used to have babies in Hoboken then move out to the suburbs. Now, they stay.

Rand and I walked towards where Leon Russell was playing some rock and roll standards. Where we stood I thought the dark figure on the left of the stage was Leon Russell and it wasn’t until towards the end of the show that I looked to the right (it was a bit crowded) when I saw the actual Leon Russell long white hair underneath a cowboy hat and wearing shades singing ‘A Song for You’.

He did Great Balls of Fire and Roll Over Beethoven as an encore and before the last note faded away he was probably on a bus headed to the next gig.

Rand and I saw Rob La Rosa and also Roger Johansen and his wife Dina. Small talk with all of them, Roger saying he smelled a cigar and figured I was nearby. Funny thing is there are usually quite a few guys smoking cigars during the festival but Roger sussed me out.

Rand showed me some footage he shot last night at Duet, the Karaoke place. Lisa and myself singing a duet of Madonna’s Borderline. I was definitely having a good time on the recording though I think I sounded better singing Jimi Hendrix.

Also footage of various Hoppes and offshoots singing Twist and Shout. We must have had a good time, Rand and I. How else can we explain our hungover natures today?

I am also happy to say Juan’s broken heart has healed.

Here are the pics from this afternoon at the Hoboken Art & Music Fall Festival. 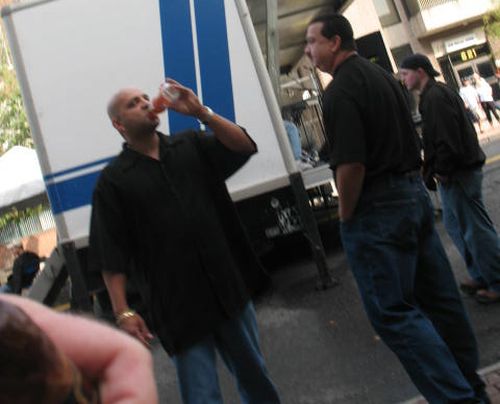 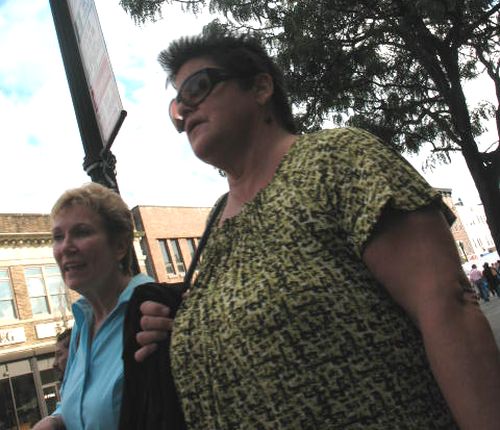 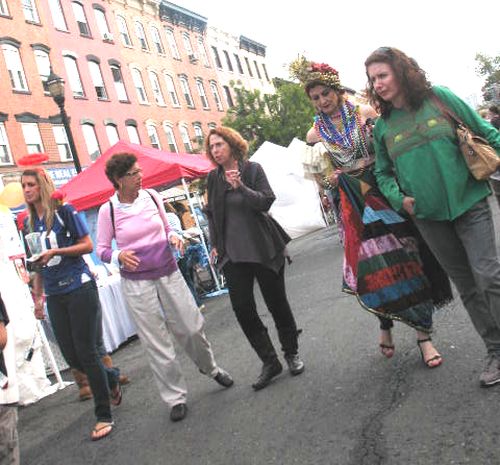 I almost wore the same thing as the second from right. 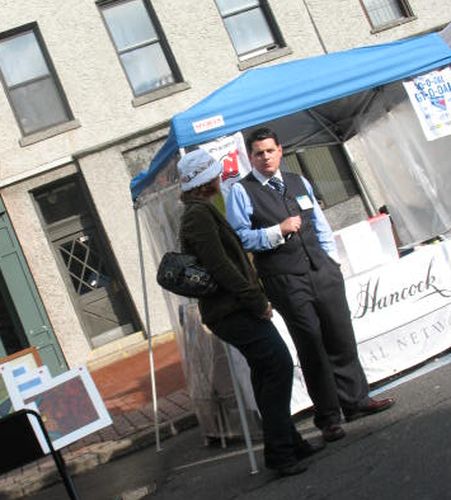 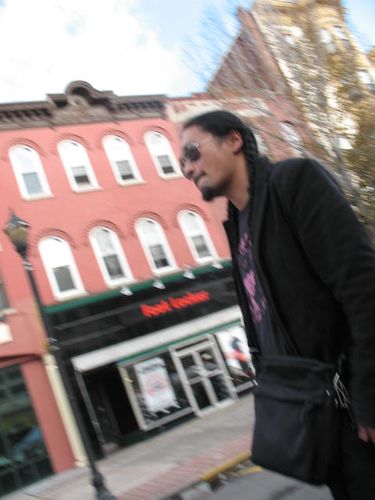 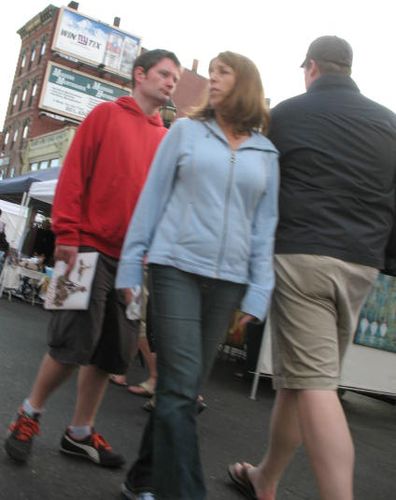 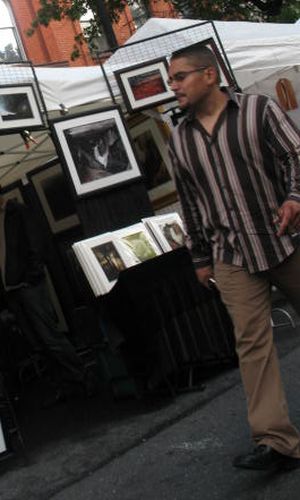 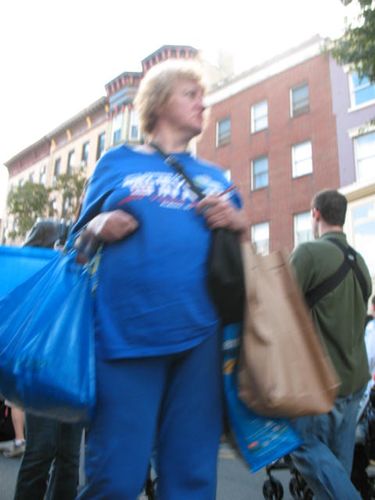 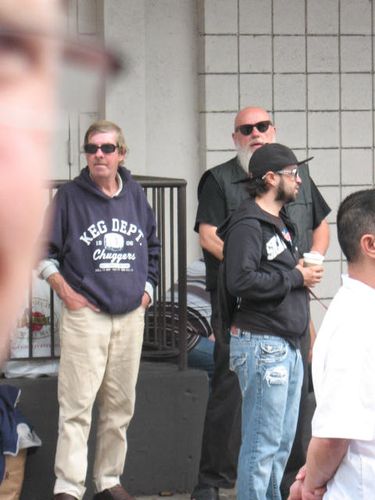 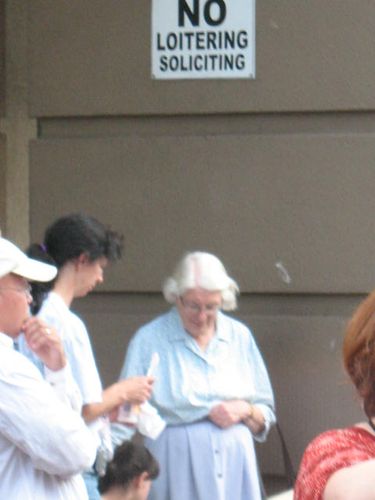 An old lady, dressed as an old lady which is something you just don't see anymore 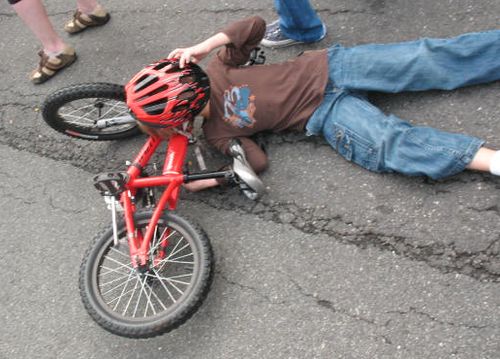 He was actually told to get off his bike by his mom and this is his dismount. True story. 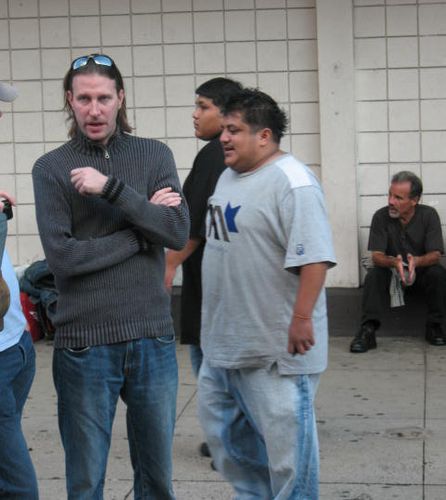 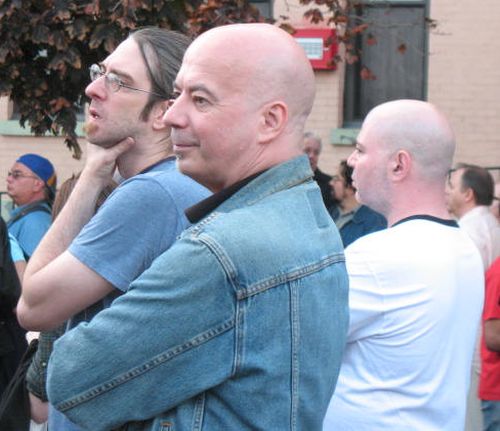 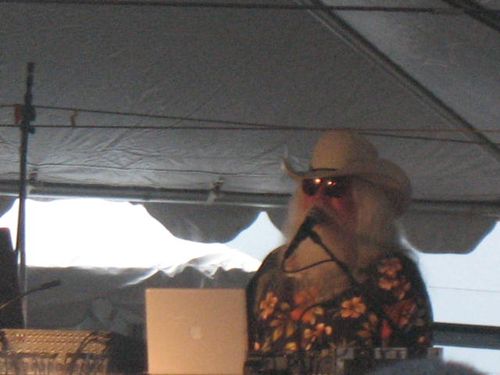 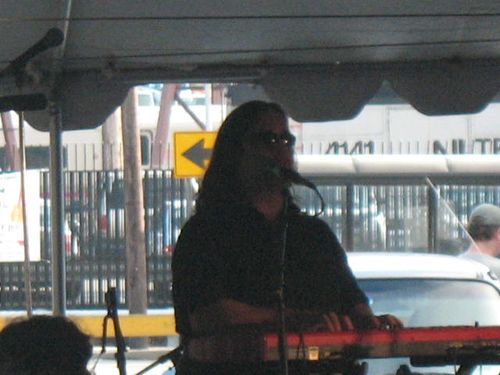 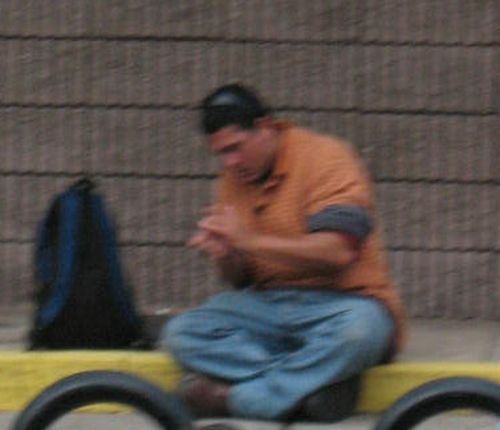 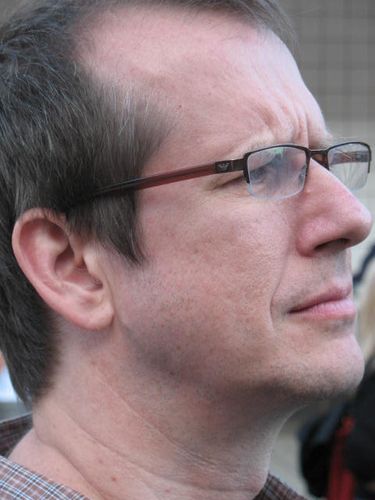 A profile, perfect for coinage. 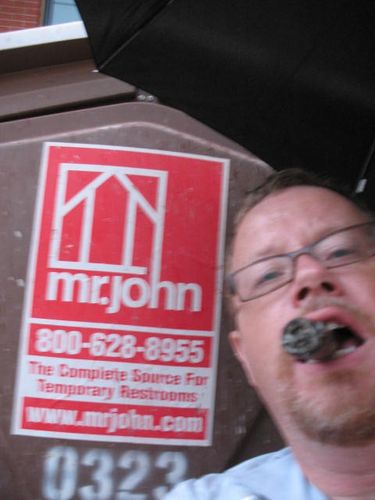