Back on Bill’s Mac. Nothing bad happened, just that Rand is presently in the process of hooking me up with another computer, Frankenstein style. Meaning bits and pieces of my old computer as well as odds and ends that he has found here and there.

Good enough for me and with more disc space I’m happy with it. He’s a great guy that Rand and that makes Lisa a great gal.

I brought my computer over to Rand’s this afternoon after Rand called and suggested I bring the Tokyo Pop bag that I use to transport my computer back and forth. Unfortunately due to the heat and more than likely the hangover I had from last night, I only brought the bag and not my computer, which meant I had to come back home and get the computer.

Last night was something else, that’s for sure. Julio and Stine decided to join Annemarie, Earl, Bill and myself to go see Paul McCartney. The 5 of us met up in front of my building to head over to the Path train into the city to collect Bill at his office.

The neighbor on the third floor of our building graciously offered to pick up my box at the UPS truck. To Anne’s dismay it was a box of cigars that I ordered online.

We made it to Bill’s office and waited outside for him to join before heading on a 7 train to Flushing. We wisely followed Bill’s lead since he knows these routes the best out of all of us.

We lucked out, and got on an express train getting there rather quickly. Thankfully the MTA added extra trains for the Macca event. We were there in no time and soon on an escalator up to the seating area.

Julio had the brilliant idea of getting some beers so we got on line. Two beers per person and we had our fill each except for Stine and Earl. The beers weren’t that expensive.

Standing around, Julio wandered a bit and found a nice spot to have our beers before splitting up to go to our respective seats. Annemarie had the idea to just stand there and watch the show until we were asked to move on.

Stine was hesitant to bend the rules like that so after a while she and Julio headed to their seats before realizing that the view was better where we were standing. Plus it was very close to the beer concession.

The opening act, The Script were ok in their thankless task of opening up for an ex-Beatle. Their sound wasn’t that good either. Annemarie recognized one of their songs and they closed their short set with a cover of David Bowie’s Heroes.

Paul came on a little while after that starting off with Drive My Car. The stadium erupted and Annemarie was screaming her head off. I did some yelling as well, just not in the upper register that Anne possessed.

Paul did the hits of course, including some decent songs from his latest releases. He also dedicated My Love to Linda McCartney. Paperback Writer, Day Tripper, Back in the USSR, The Long & Winding Road, Hey Jude, Let It Be, Band on the Run, Jet, Let Me Roll It and Live & Let Die were major stand outs as well as his song for John Lennon, Here Today.

He also did George Harrison’s Something, starting on ukulele then the band joined in (a crackerjack band if there ever was one I might add) as well as a medley of A Day in the Life/Give Peace a Chance.

The stadium went bananas when Billy Joel appeared and sang and played piano during I Saw Her Standing There with Paul. It wasn’t as bad as I thought and it was over in about 2 minutes.

The sound was excellent and of course most of the time we were staring at the gigantic screens bookending the stage since to the naked eye, Paul & the band were quite tiny. It was mainly a blur, the evening was.

They finished with Sgt. Pepper’s Lonely Hearts Club Band Reprise and The End. As we were leaving the stadium some guy came up to Bill and said that he thought it was great that Bill and I were so affectionate to each other during the show.

The guy’s wife was a few feet behind and wanted to know what the guy said and when Bill told her, she said in 20 years of marriage she had never heard him speak like that.

Our party lucked out once again, getting on another express train back to Manhattan. Bill once again came to the rescue with his knowledge of bus schedules and we were soon on line in the bus terminal for a few minutes, then soon on the bus back to Hoboken.

A splendid time was had by all. I did upload some pics but they’re on the computer, which is at Rand and Lisa’s place. They can also be found on my Facebook page if you really want to see them. They’re worth a look.

Had a nice dinner with Anne & Earl and Rand & Lisa at Grimaldi’s. Anne & Earl and I ate there when they first got to Hoboken a very fast 9 days ago. It was a nice way to see them off with another dinner at the same spot.

We said goodbye on Washington Street, me somewhat regretful about the behavior that I showed once or twice. I just think my sister is one of the coolest people I have in my life and with all the stress in her life I certainly didn’t need to add to it and I hope my apologies for acting like that were enough. 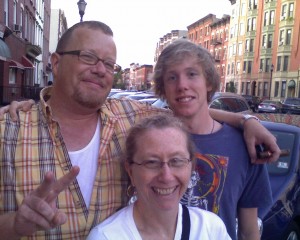 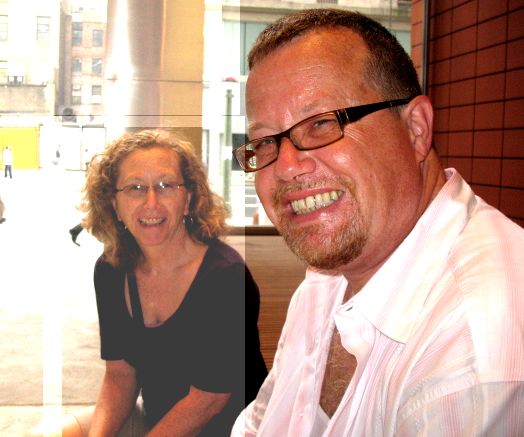 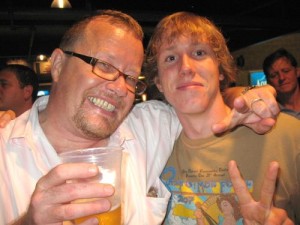 The drunken Uncle is always a favorite 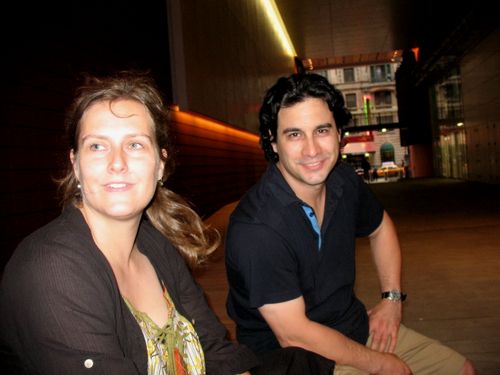 A below the radar picture of Stine & Julio 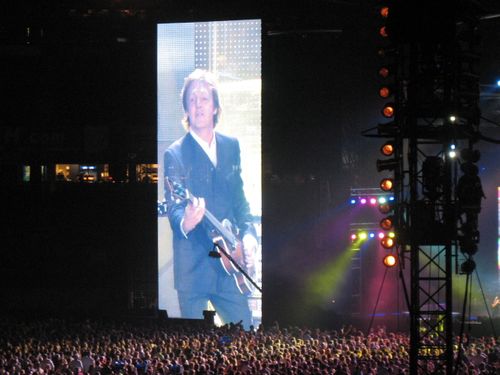 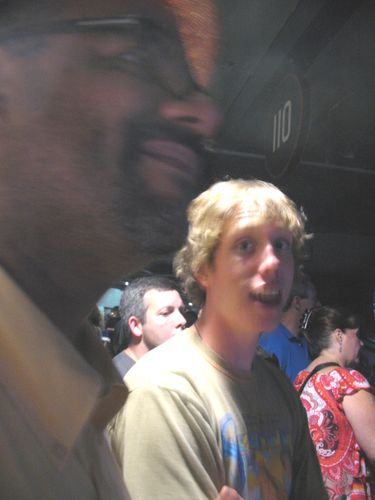 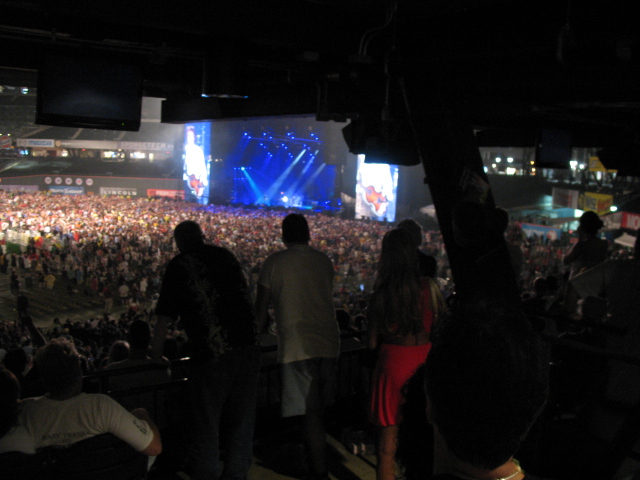 the where we were 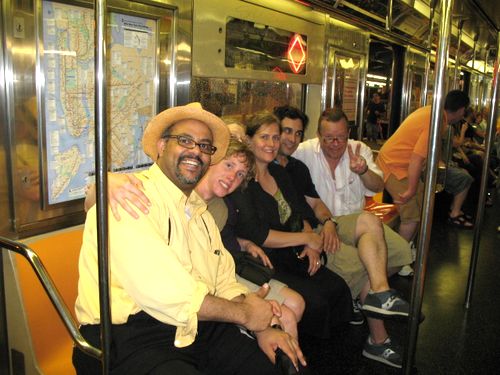 the train ride back 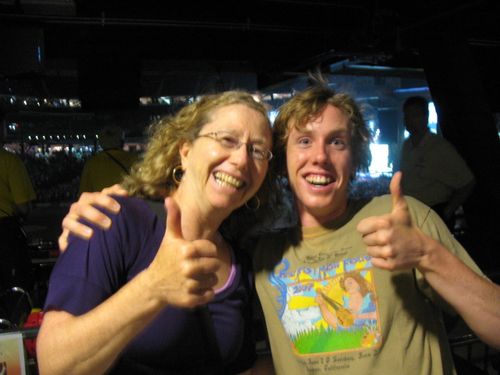