It’s a Thursday now. Thursday night to be exact. Last night turned out to be better than I anticipated. No hurt feelings, no toes stepped on.

It was a nice seemingly impromptu gathering of my immediate family. There were a few hitches to overcome but they were taken care of. I was famished by the time I got there with Annemarie and Bill.

I took the train and Bill took a bus. It was a strange train ride for me. Apparently someone was talking too loud on their cell causing another passenger to stand up and yell, ‘Can you talk any louder?’

I was wearing my headphones so I didn’t hear the cellphone conversation but I did hear the NY Post reader yell at the other passenger, so in my book, he was the nuisance, not the cellphone user.

Got off the train at the Plauderville station in Garfield. A few entrances there and I couldn’t figure out where Annemarie was. It turned out she was on the street waving to me from her Volkswagen Beetle.

We picked up some beers and then drove to pick up Bill at his bus stop. Then it was off to Pierre Avenue where my brother Brian and my niece Meghan and her husband Rob were sitting soon joined by Anne’s son Earl.

It was a pleasant evening and eventually my brother Frank, his wife Elaine showed up, then Brian’s’ wife Karen and their two daughters Hillary & Cassie and finally Frank & Elaine’s daughter Corinne arrived.

I ate a lot of cheese and I rarely eat cheese, but I was that hungry. Even ate a cheeseburger which was probably the third time in my life that I’ve eaten a cheeseburger. The night went by fast, soon it was dark and our uncovered legs proved to be an ample feast for many mosquitoes flying around.

We left since Bill had to get up really early to take a drug test in Brooklyn. Bill drove Annemarie’s Beetle back to Hoboken with Anne & Earl in the backseat and me in the front.

It was a white knuckle ride with Bill thinking he was driving a bus and zooming in and out of traffic, passing on the right which anyone will tell you is a no no. I had to ask him to stop doing that. Bill’s rationale was that he’s an aggressive driver and a quick driver.

I explained there was no need for his aggression (plus it’s a bad way to drive. I remember being taught to drive defensively. Maybe in the 23 years since I last drove the rules had changed which could account for the dozens of horrible drivers out there that I see each week).

Luckily we got home safely though I was a bit disturbed by Bill’s driving and was a bit distant. I explained this morning why I was the way I was and thats when Bill told me his reason for his driving, that he wanted to get home and go to bed as soon as possible.

I did stay up and watched Paul McCartney on the David Letterman show. Macca was very good, performed outside on the marquee above Broadway surrounded by thousands. If I had known that’s what he was going to do I probably would have been there.

According to the Daily News, Macca played 7 songs, ending with Helter Skelter. Tomorrow it’s off to the new Mets stadium to see Macca and his band in concert.

Today it was a trip to Sandy Hook with Annemarie & Earl. It was originally supposed to be at 9:00 but I moved it to 10:00 which was great since I didn’t get out of bed until 9:00. It was an easy uneventful ride with not much traffic.

The only glitch was the choice of beach. I’m used to going to the North Beach on Sandy Hook, the farthest away from everything else. Anne was tired of driving and we parked in Beach C to my chagrin. I had never been to that beach before and I probably will never go back there again.

Too small a beach, swimming area and way too crowded for my taste. Filled with people who would never dream of going to North Beach or the nude beach at Gunnison Beach. The people I try to stay away from.

I was uneasy and Annemarie knew it, offering to move to another beach. No, I did my silent martyr bit and sat there stone faced taking it all in before I realized that it wasn’t fair to Anne or Earl to behave this way.

Things got better and we all swam a bit. Too windy and too crowded to toss a Frisbee so we mainly sat around under neath the umbrellas.

Earl and I did go in later in the afternoon when the water was a little bit warmer. There were also hundreds of dead ants floating in the water so maybe that helped with the temperature.

A drive to Rumson like we’ve done previous summers where we got some ice cream and soon we were on the rode back to Hoboken.

A nice Mexican dinner at Mision Burrito on 4th Street and a quick chat with Stine and Alexander before Anne and Earl were on their way back to Garfield. 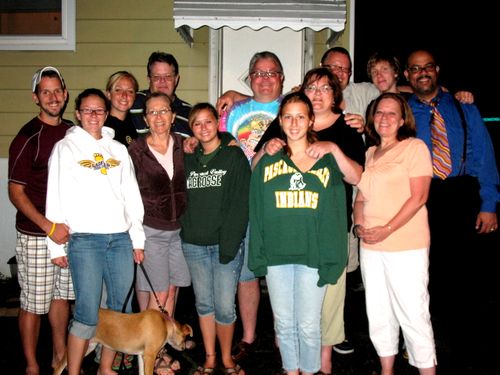 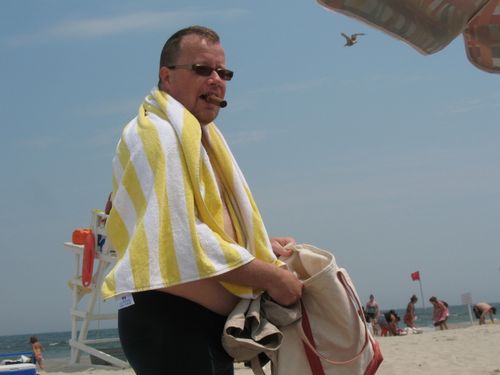 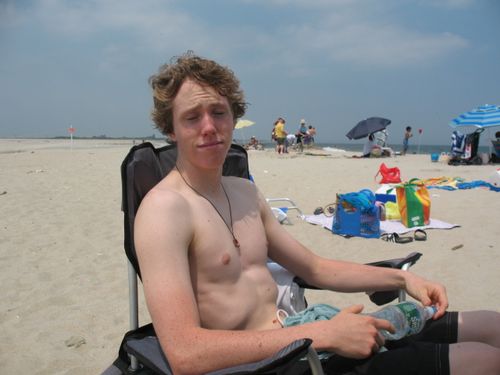 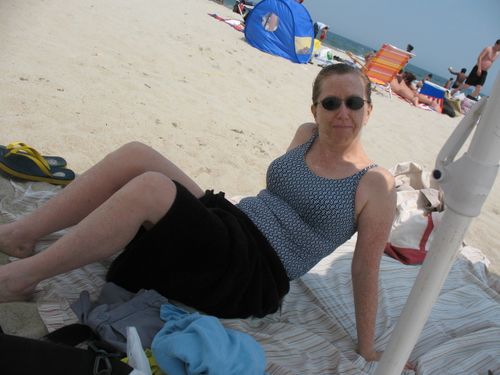 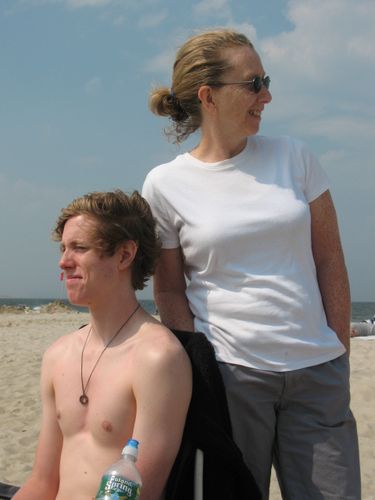 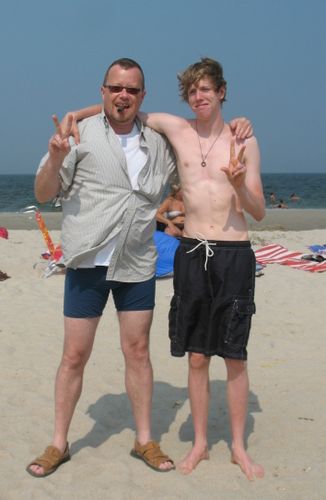 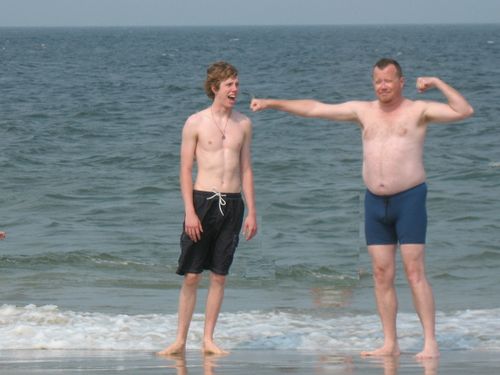 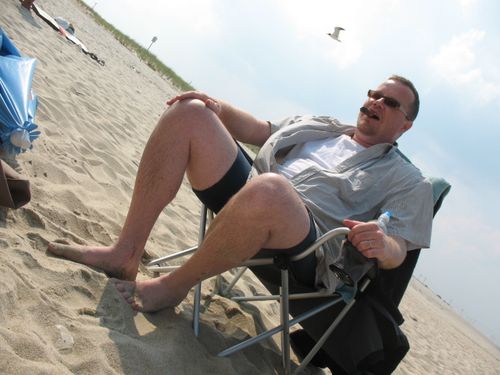 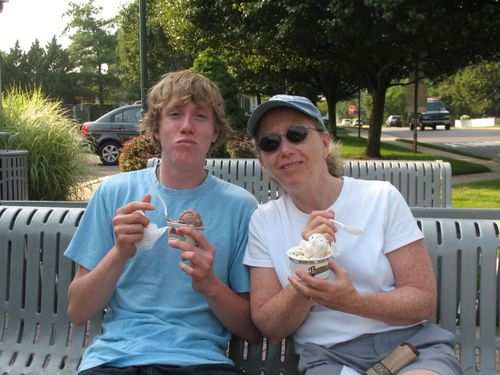