Using the old school Open Office docs which is what I used to use daily. Then it wouldn’t behave like I wanted it to, and in a fit of artistic pique I moved over to Google docs. But here I am using this again. It just seemed so forlorn on my desktop, pleading for me to use it, see if there’s a spark, rekindle whatever it was that we used to have.

Well so far so good. I’m trying to clean up the desktop which has many things on it, effectively grabbing a lot of memory. So I’m moving things to disc to free up some space as well as deleting a whole bunch of stuff I haven’t used in a while, if ever.

Last night I met up with Bill and his friend Fred and his lady friend Lila. We met in front of the movie theater and caught the 8:15 showing of The Taking of Pelham 1-2-3. It’s a remake of the classic 1970’s movie starring Walter Matthau, Robert Shaw and Martin Balsam.

Not a very good remake.

For some reason it got some good reviews but I couldn’t see why. I was hoping to see John Travolta meet his fate the same way that Robert Shaw met his. Really it was THE main reason.

No Travolta fan here and his performance as Edna Turnblad in Hairspray: the Musical alienated me further from the former Boy in the Plastic Bubble.

The audience applauded but trainspotters like Bill and myself wondered how the action can go from 33rd Street to the Waldorf Astoria at 49th Street. A car chase scene that involves a cop car going off the overpass at Tudor City was bewildering.

I used to eat lunch in Tudor City years and years ago and it has not changed one bit, except for the flying, crashing cars. So many plot holes you could drive a subway car through them.

Despite all that it was a brilliant night to be out and about. Just wandering around Chelsea, so many interesting monsters.

I remember when people were considered tough to get tattoos, nowadays everyone and their Aunt Ditty has one. And such ornate designs, that you know will just get better looking as they age.

Much like the brawny former Marines that were in the VFW with my father. Those dark aqua blue splotches on their arms really told a story. What that story might have been I couldn’t tell you and neither could the splotches.

Cheers to those hardy souls with their entire arms covered in ink. I’m not putting tattoos mind you. Just the ones who go overboard.

Today was a gray overcast day. I decided to take a chance and make an attempt at my big ride up to the George Washington Bridge and over into Manhattan. As I stretched before riding the sun came out for a moment and I decided I was doing the right thing.

I rode over to the light rail station at Ninth Street and got on the elevator to Congress Street. As I rode over to Palisades Avenue the clouds were foreboding. Still I pedaled on up to Shippen Street where I stopped and thought for a while.

Shippen would get me back to Hoboken, but did I want to do that? The clouds were getting darker and I decided to ride down Hackensack Plank Road, towards Hoboken. But I didn’t feel like going back home so I rode around Weehawken on the waterfront. No one was around except for maybe 3 joggers.

It really sucks that New Jersey can’t get it together to create the river walk that they’ve been talking about for years, from Bayonne to Fort Lee.

If that was ever completed, or even started in some spots I would be doing that ride a lot more often. Manhattan has an excellent bike path. A little dodgy is some areas but nothing too bad.

Bill figured out last night that I am taking him to see Paul McCartney at the new Mets Stadium. When we were watching TV at home after the dreadful movie, a commercial came up for the Macca concerts in July.

I think I showed too much restraint with my interest in the concerts. ‘Oh really? Interesting.’ Bill saw right through it, my showing of enthusiasm. It was the date that gave it away anyhow. 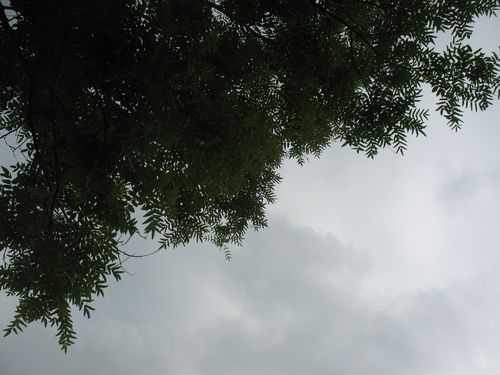 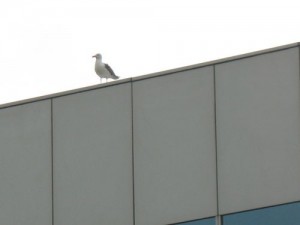 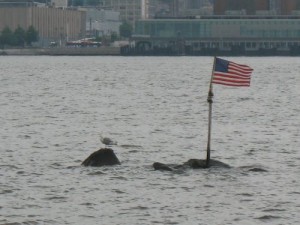 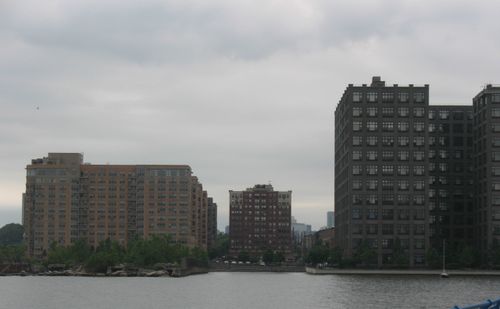 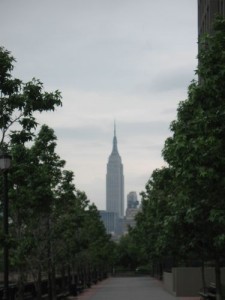