Monday back to work day. Welcome to the working week. I didn’t sleep well last night and just about the only thing that got me out of bed was the fact that this upcoming weekend is Memorial Day weekend, the unofficial start of summer.

That meant that I had to go into work, though a few more hours asleep would have done me just fine.

The weekend overall was really a good weekend, seeing most of my family and spending some great quality time with Bill. It was a special weekend, the kind that you can’t plan or recreate. It worked out just right.

Bill was up and out by the time I finally stirred. Shower, shave, coffee, cereal. The drill which some of you might be acquainted with.

Even though I was dragging ass, I left the apartment earlier than usual and was soon on a bus reading the New Yorker, trying to pick up where I left off last week.

It was an article about the science of self-control. I had only gotten into the first couple of paragraphs and wound up starting all over again and finishing the article by the time the bus exited the tunnel on the Manhattan side.

The walk to the office was made interesting as I walked through Bryant Park. A young woman had a Tupperware container and was dumping something out on some gravel. Whatever it was started to move. It was a mouse that this woman caught in her apartment and was releasing it into the wilds of Bryant Park.

Immediately the mouse was set upon by sparrows and starlings. The birds weren’t attacking the mouse, just checking it out, letting the mouse know who was boss during the daylight hours. A few pigeons got in on the action.

The mouse was about to run into some ivy around a tree and decided not to, probably sensing something in the ivy that would either cause some physical harm, or perhaps eat it. I didn’t stick around to see what was next.

The whole scenario lasted about one minute.

I was in the office after that. No four legged rodents there. That’s not fair, everyone seemed OK today, no rats in sight.

I was surprisingly focused and getting things done. Greg Stevens was in, as was Tom Chin and eventually Vivek.

I had a good talk with Greg who mentioned that the IT woman who was in last week suggested that Greg hire me as his assistant. That would be nice but it seems unlikely that the money would be there.

I had actually thought about that over the weekend. Greg and the IT woman had a meeting and I had wondered if my name came up, in a good way.

Of course, paranoid me thinks they were talking about me, ‘Who is that guy? How did he get here’ and Greg Stevens saying, “I know, I wish we could get rid of him.’ It was heartening to find that wasn’t the case.

The day progressed with me running errands and basically doing alright. I got some work done. Vivek called me int his office later in the day and he asked me how things were going. Basically he wants to know whether or not I’ll be on board with this latest venture.

He asked if I would be with him six months, nine months down the line. Nine months is all that’s about left on the lease. He told me to think about it and I’m going to. I also told Greg Stevens that I would help him out whenever I could.

I will stick around, there’s nothing else out there. But I will have to tell Vivek that the hours need to be tightened up.

I might work late one or two nights a week, but he shouldn’t expect that four days a week. So it was an interesting position to be in. I’m not going anywhere, I’m going to ride this through to the end.

So said the mouse in the Tupperware container. 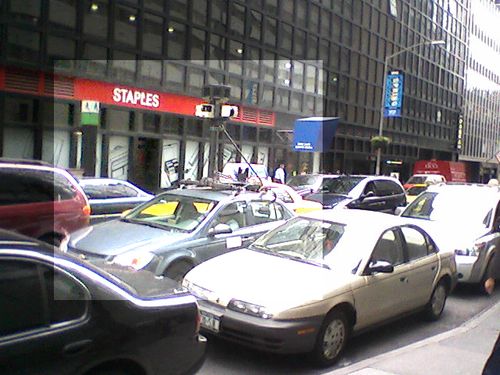