It’s Sunday and though it’s beautiful day, there is a feeling of anticipation in my gut. More like anxiety. It comes and goes, not a constant thing. As long as my mind is occupied I’m fine.

Last night I watched discs 3 & 4 of a series from the 1970’s called ‘All You Need is Love- The story of Popular Music’. It went back to the beginning of the 20th century with vaudeville and Tin Pan Alley up to about 1975 with the cutting edge music of Black Oak Arkansas.

It did have a lot of footage that if I hadn’t seen before, then I saw it when this series was first broadcast on PBS in the 1970’s and if that’s the case, I had forgotten I had seen it.

3 hours each disc. I watched disc 5 this morning into the afternoon, so ask me anything about Black Oak Arkansas. You’d still get the dumbfounded look that I would have given you then. I’m glad I watched it, but it was a bit much.

I gladly walked to the Post Office, enjoying a cigar to drop off the Netflix discs. I actually bought a book the other day, I couldn’t resist. I was reading somewhere about a biography on Brian Eno and ordered it promptly.

So far, up to chapter 2 and it’s a very entertaining and informative read. Brian Eno has always been a fascinating person in my world. I even had the pleasure of meeting him when I worked at Skyline Studios and he was producing some things for Laurie Anderson.

He was a nice guy, very quiet and startled me a few times when he suddenly would be standing right next to me. He was also quite kind enough to sign his first 4 solo albums and Ambient Volumes 1-4 and a book.

Still within reach and in good condition too. Last night, Saturday Night Live was really funny, excepting the Jimmy Fallon guest spot as Barry Gibb which was about 25 years too late and 10 minutes too long.

I doubt that the 20 somethings that watch it or are the target demographic would actually get the joke.

The stand out bit was the digital short with Andy Samberg and Justin Timberlake reprising their roles from Dick in a Box and becoming Mother Lovers for Mother’s Day. Susan Sarandon and Patricia Clarkson played the mothers. It was very laugh out loud funny.

I was up until 1:30 reading Uncut magazine. Did not want to get out of bed this morning, just so comfortable. Bill was off to get his mother and bring her to church. I eventually did get out of bed around 8:30 and was soon getting the Sunday morning supplements.

Then after reading the papers I watched the discs and headed out to mail them back. And after enjoying a cigar I met Bill on the street and we just enjoyed a pizza from Grimaldi’s courtesy of Bill’s largess.

Now he catnaps on the couch and I sit a few feet away writing this and playing selected ambient Eno tracks for his napping pleasure. 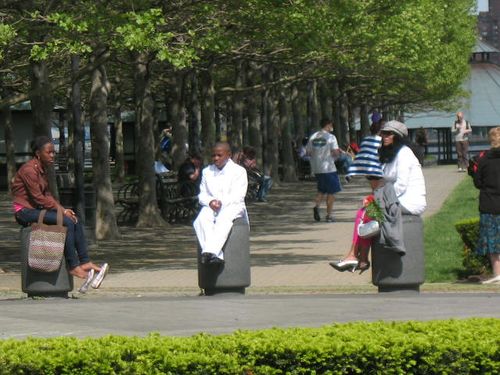 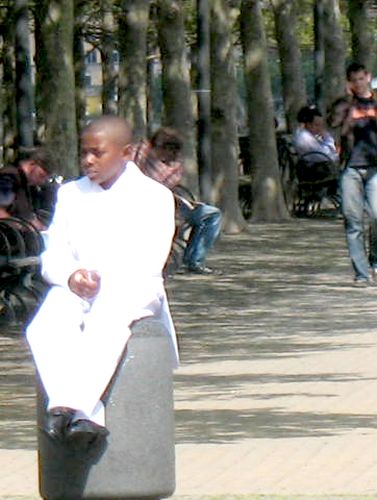 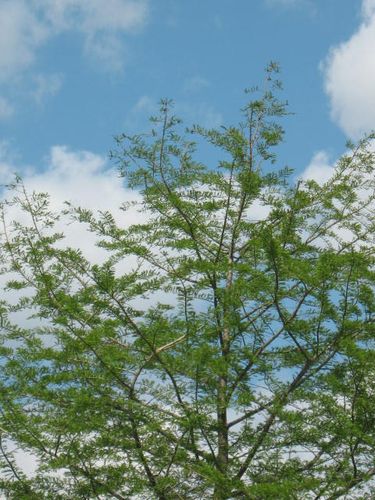 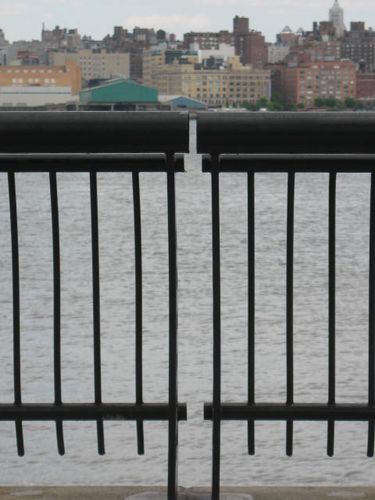