Well today has been a lovely Sunday. Bright and sunny with only a few minutes of drizzle then it all went back to being sunny and gay. Well it’s always gay for me and maybe for some of you too.

Sorry about the late posting last night. Firefox has been misbehaving lately. Each time I would try to upload pics to the blog the Firefox browser would crash.

Over and over again.

Then I went out to meet up with Rand and Lois to discuss plans for their short film that might be shot over a weekend in a few weeks. I am game for it and told Lois that I would be willing to do just about anything she might want me to do.

It was a good meeting with laughs liberally applied. I’m not getting into any further for now. Don’t want to give anything away or offend any gentleman’s sensibilities though Clive Davis should be worried.

Some musical instruments were played with, a piano, a ukulele, a eastern European harp of some sort and a double necked bass & guitar as well as Lois’ Fender Squire which I liked. Lois asked if we were up for some drinks and Rand said yes and I said no. Then I thought about it and said why not?

It was off to DC’s Tavern on Eighth Street all the way in the back of Hoboken. Everyone’s friend Pat Longo DJ’s there sometimes and I can’t say I’ve ever made it to his spinning sessions. Finally making it there I wondered where does Pat Longo set up his turntables and whatnot.

It’s not that large a space and a lot smaller than I had imagined. It seems like DJ’s Tavern would really like to be a roadhouse. Streamers advertising Pabst Blue Ribbon were hanging underneath beer trays for Pabst as well as other beers.

I expected to see some Rhinegold, Ballentine’s and Schaffer beer trays hanging but didn’t see any from my angle. Cute bartender though, shaved head and inked which isn’t normally my style but any port in a storm. Alas, there was no storm though.

It was a good evening with more laughs with Rand and Lois who I’ve known since 1983. I definitely look forward to the filming of their filmic world. After a few pints of Guinness and some cocktails for Lois we headed out, I was able to light up a San Luis Rey Rothchilde for the walk home, with even more laughing with old friends.

When I got home I checked the blog and was surprised that what I had written a few hours previous wasn’t posted. I was able to figure out what happened wrong on that front and re-posted. Then I watched some rebroadcasts of Lost from the first season.

Posted the pictures this morning on Internet Explorer. As I am doing right now.

With the Guinness and walking around Manhattan in the afternoon with Bill I decided to head to bed with Bill sleeping quietly under his sleep apnea mask. He was up and about around 7:00 which was just wrong in my book. I finally got out of bed myself around 9:00 after Bill had headed off to collect his mother.

I made some coffee, showered and was soon out and about picking up newspapers and other weekend morning items. Saw Julio with Alexander from a distance as they were waiting for Stine and her family from Denmark. I was off to the supermarket so a wave would have to suffice.

It was a nice morning and I wound up playing selections from Woody Allen’s movies, which were mainly songs from the Big Band era. Bill and I watched a little bit of Peter Marshall on PBS hosting a pledge time Big Band special.

I knew most of the songs last night and with Bill’s Shazam application for his iPhone we were able to identify and tell the difference between Chick Webb and Harry James.

My sister Annemarie had burned the Woody Allen stuff a few years ago but they couldn’t be identified through Gracenote on iTunes since I think Annemarie had her son Earl do the CD burning. Too complicated for her and some fun for Earl since he threw everything out of order and it took me a couple of years to figure out what’s what.

It was too nice to stay in today so I walked over to the Hudson River and sat by the soccer pitch and read the New Yorker and enjoyed another San Luis Rey Rothchilde.

I’m still trying to get my brothers and sister on board for what could be Paul McCartney being the first concert at the new Mets stadium in Flushing in July. Right now it’s only a rumor, but it’s a fab rumor. 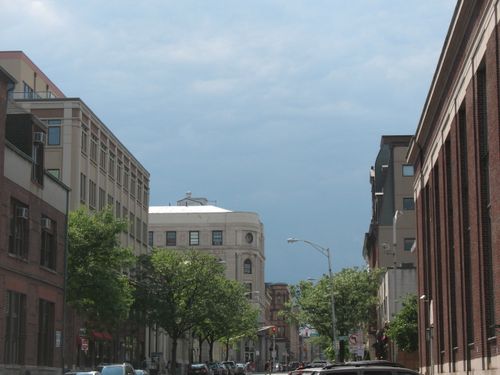 a brief approaching storm from the west of Hoboken 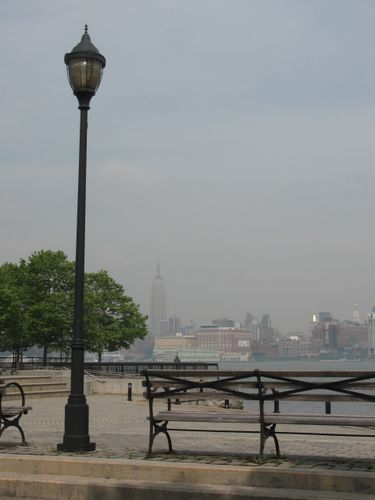 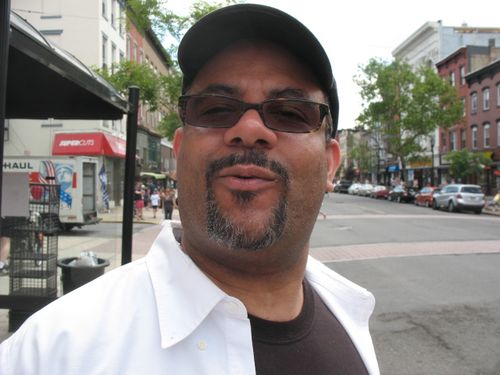 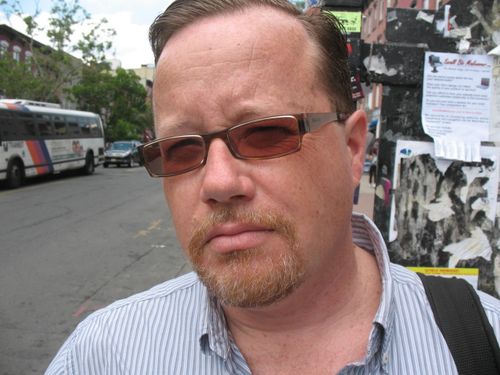 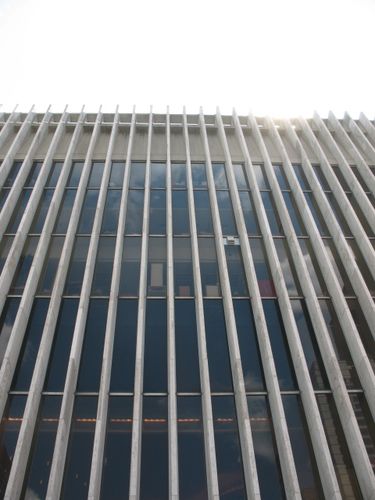 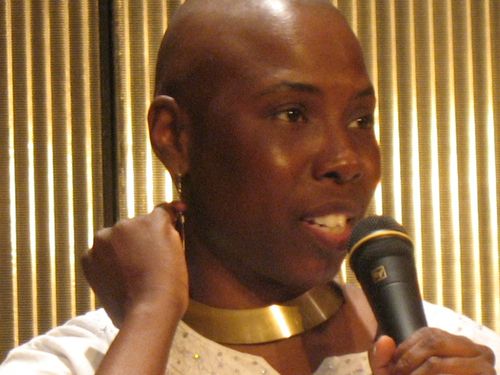 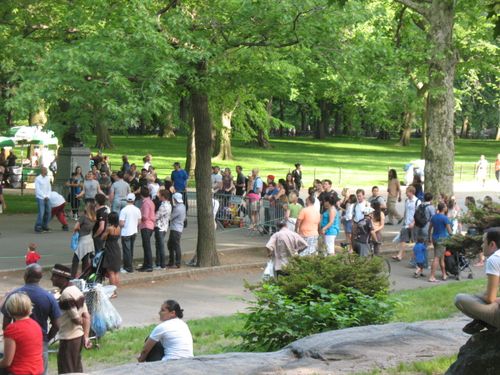 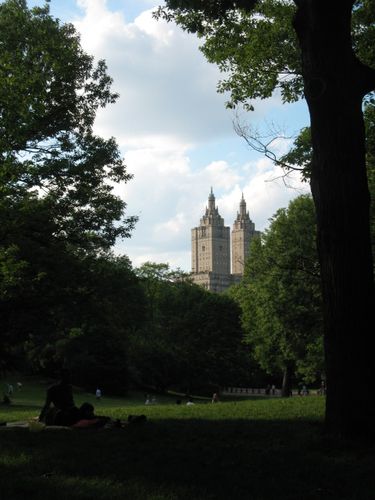