Well it was back to Southampton today, boarding the White Star Line for the HMS Titanic. Deck chairs all in in disarray. Someone needs to tidy them up, put them in their proper places and it might as well be me.

They have told me that I will have this job until next March, but of course there could always be an iceberg between now and then, between here and there. Today was nothing extraordinary. I was alive, which was a good thing (depending on who you talk to) I guess.

Bill was up before me, and he bellowed that it was 6:45 and his bellowing was more effective than an alarm clock. I shuffled past Bill as he gussied himself up in the mirror, and jumped into the shower. I was out in time to kiss him good bye.

He reminded me he has a sleep apnea test tomorrow night so he won’t be around. It’s a sleep over thing. My brother Frank did it last week and he complained how uncomfortable it was.

I spoke with Frank for an hour this morning which shows how busy I’ve been. There was the usual initial difficulty in connecting but it lasted only about a minute. We talked about a wide range of things. He finds talking to me therapeutic which is fine by me.

We made plans for me to take a train out to Garfield on Friday to play guitars together. I’ll take a train out there, we’ll play and he can drop me off at the train station so I can get back to Hoboken and beat the rush hour. I’m not as intimidated as I used to be.

Playing guitar in front of him was nerve wracking for me at times. A few years ago Bill and I drove out there during the holidays and I brought my guitar. It turned out he wasn’t into playing guitar. I tried showing him a Beatles song that I had taught myself, so proud I was, only to find him saying, that’s not how it goes.

It sounded fine to me. No, I didn’t play the Fmaj7, instead choosing a simple F barre chord. I was discouraged and put the guitar away. Last time this past holiday season I tried it again, with his guitar, played my version of Nick Lowe’s So It Goes, as well as Macca’s Maybe I’m Amazed and he was intrigued enough to suggest getting together and playing sometime.

So I guess that time will be this Friday. Since he had the stroke he hasn’t played that much and I guess he’s itching to play with someone. Even his baby brother. I’m looking forward to it and will bring a few songbooks out.

I reassured him that playing Graham Parker’s Squeezing out Sparks is easy to play since most of the songs are 3 or 4 chords. I’ll even show him some websites that have chords to songs that wouldn’t be in the songbooks.

I took the Path train back to Hoboken this evening, enjoying a Padron on the way. Chuckled out loud on the train as I was reading David Sedaris which probably raised a few eyebrows but I didn’t see them since my nose was buried in the book.

Nice walk back home in the chilly spring air. Saw Stine with Alexander and I was more than glad to help her out by carrying Alexander up to their apartment. Of course I was nervous, ‘don’t drop the baby…careful…now wouldn’t be a good time to fall down’ all running in my head.

Of course I had the camera available and took some shots of Superboy who is now walking, a bit like a drunken sailor, but still- he’s walking. And saying ‘Oooo’ every now and then. 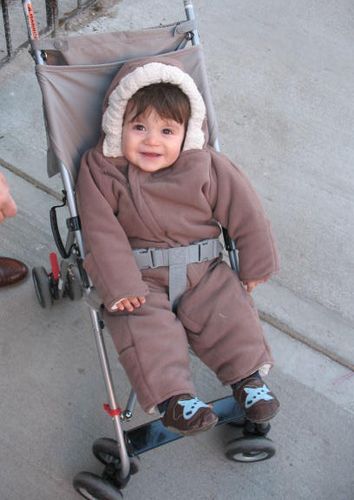 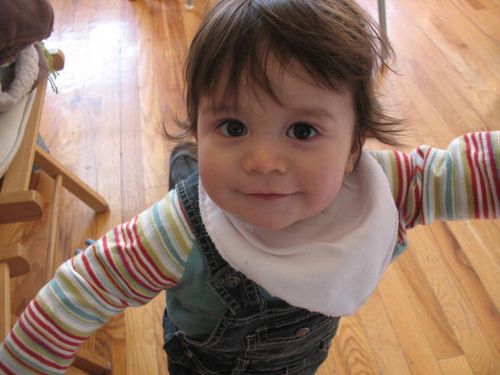 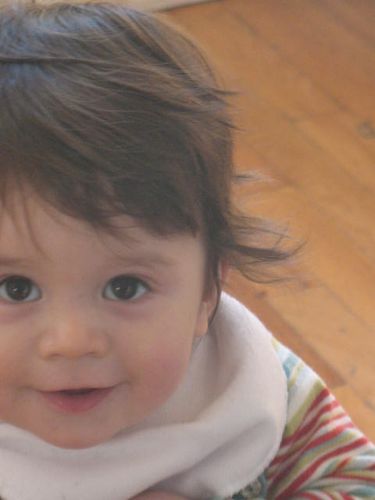 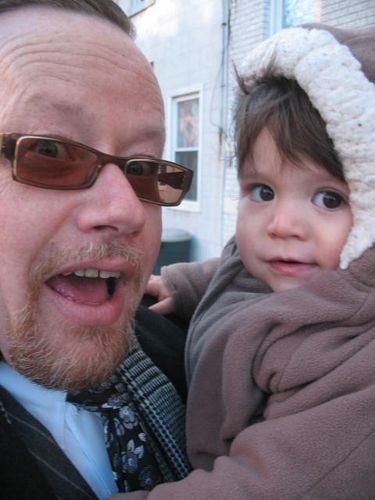 Jeezy Creezy- I love this kid!