Well So Happy It’s Thursday is an apt acronym. It fits. Last night, thanks to Harpy’s heads up, telling me that Lost was a repeat I watched part of Religulous, the Bill Maher documentary about religion. Maher is predictably snarky through out and I have to give him some reluctant credit, going up to people and asking them questions that I would love to ask but never have the opportunity.

Plus I’m too nice a guy to be so snarky. And I don’t have a film crew and or some security behind the camera. It was ok. Bill came home after seeing his mother in the hospital a little before 10:00 and asked to watch Lawn Hors d’oeuvre which was fine by me. I could easily jump back into the Bill Maher DVD whenever I want to.

It was a return to the old days with Bill and I watching TV together. It was an ok episode though. Still haven’t caught on to the current cast like Bill has. He went to bed after that and I watched the Daily Show which was funny as ever with Paul Rudd as his guest. Tonight though he has James Cramer as the guest.

Jon Stewart has been riffing on CNBC and especially James Cramer, deservedly so. Tonight Bill is staying in Stuyvesant Town after visiting his mother again. He has a stress test at 7:15 in the morning and doesn’t want to be late. He didn’t ask for me to go with him, though my sister Annemarie thinks that I should.

Bill is ok with the fact that I’m not going. He knows it’s way too early for me, that it would involve me getting up around 5:30 to hop on a bus and get to 59th street for the appointment. He’d rather go by himself. I didn’t put up any argument.

Work was the quietest it’s been lately. The right wing subtenants were all out at meetings, Vivek still out. I had to send info regarding flights back from Florida yesterday for him and his business partner and I hope he got the info. I haven’t heard otherwise, not that that eases my mind.

No email, no voice mail. And since I won’t be back in the office until Monday, if there is anything to be said I should hear it then. 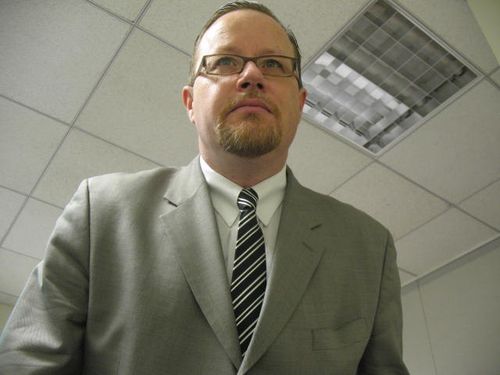 I did my best to look natty today. I wore my sharkskin suit and the Ben Sherman skinny tie I bought yesterday Sort of my Mad Men look. I think I looked nice. Bill said so this afternoon when I stopped by his office building and he came down for a few minutes.

I puffed on a Padron, Siouxsie & the Banshees with Monitor all queued up as Bill and I talked about the stress test. No big deal for him though he did appreciate Annemarie’s concern. He told me not to worry about it.

Pleasant enough bus ride home, reading David Sedaris “When You Are Engulfed in Flames” which is always a macabre chuckle. Tonight promises to be quiet, just TV. Bill in Stuyvesant Town, me in Hoboken. 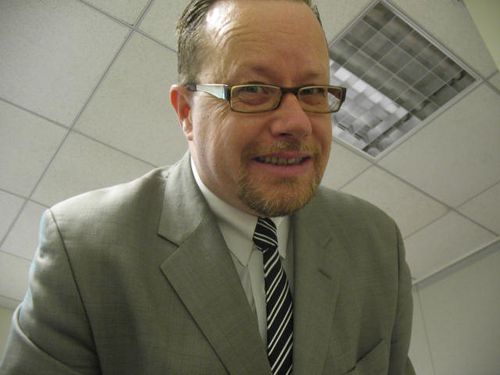