Yes, yes another late post. Yes I know, but I have a good excuse. I just got back from a really good party, one of the best parties I’d been to in a while. Bill was with me, as was Rand and Lisa, and Lois. It was at John and Donna Hamilton’s apartment in Chelsea, a surprise party for John which turns out wasn’t that much of a surprise.

John and Donna’s wonderful boys were there of course, Jasper and Henry. Jane Scarpantoni was there and it’s always great to see her, and Steve Saporito was there as well. It was fun to see Steve after all this time, seeing him fleetingly last May at the Wire concert at South Street Seaport was nice, but this was a chance to reconnect and it went well.

He’s still a good guy, whatever crazy feeling there were are all water under the bridge. Dave from Tiny Lights, John and Donna’s old band was there as well.

It turned into a hootenanny of sorts, started out with Bill at the piano. He started with Knocks Me Off My feet by Stevie Wonder, then I Believe In You & Me by the Four Tops and then Picture In A Frame by Tom Waits, all songs that go straight to my ever lovin’ heart. Then John brought out his 1953 Gibson guitar. Beautiful thing it is.

Songs started pouring forth. Bob Bert, drummer extraordinaire was there and soon he was playing a snare and bass drum, hi hat and cymbal, Bill on piano, Dave on a cello picking out bass notes and occasionally scraping the bow, and Rand on a trombone belonging to Jasper.

We were all singing Beatles, Rolling Stones, Led Zeppelin, a wide range of songs most of us grew up listening to and knew by heart. You Can’t Always Get What You Want inspired a dueling Jagger situation with Lois and myself competing, back of hands on hips, shaking index fingers in front of each other.

Oh it was a blast, followed by Honky Tonk Women. I really haven’t had that good a time in a while. Just connecting with friends from over a couple of decades, and singing and rinking wine. Nary a bad or harsh word was said about anyone. All very comfy and cozy.

John and Donna’s boys are something else. Jasper the oldest did the artwork for his father’s book and Henry at age 5 wrote 2 books himself. We had a little chat about the books, one was titled the Spy Family and it was a nice bound book with story and art by the author. These 2 boys, brought up by such loving and creative parents, the world will be at their feet soon enough.

Bob Bert eventually left and I had the nerve to pick up the brushes and played some drums accompanying John and Dave on a few songs, my personal highlight was getting the drum fills right on Ticket to Ride. That was a high water mark in my life that I probably wouldn’t have done if Bob was still there.

He’s a real drummer, I’m just a geezer who wanted to give it a go. I think I did well, I certainly fished around for feedback on my playing and it was generally good feedback.

I even had a chance to play John’s guitar, rumored to cost $10,000. I did my best on that throwing off Maybe I’m Amazed as well as Kansas City or maybe it was For You Blue. I was playing Kansas City, Lois was singing For You Blue.

Then as things quited down I tried to figure out how to play Hallelujah, the Rufus Wainwright version of the Leonard Cohen song. Didn’t get far on that, but that was ok.

And as all good parties go, it had to end. Around 8:00 it was time to go, Donna had to get Henry ready for bed, Jane had to get back to Woodstock and Rand, Lisa, Lois and myself back to Hoboken.

I told John and Donna a few times that I couldn’t remember such a good party like theirs and I wasn’t lying. It was a blast for all concerned, a welcome respite from life’s troubles. 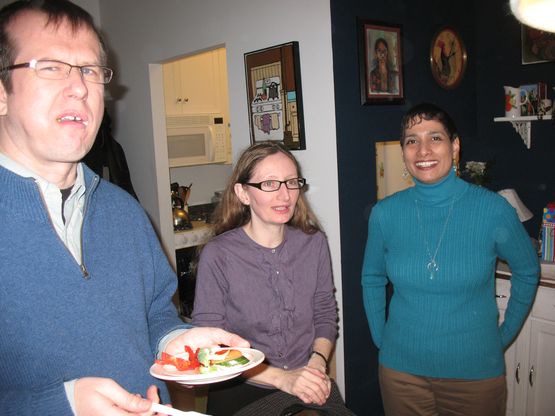 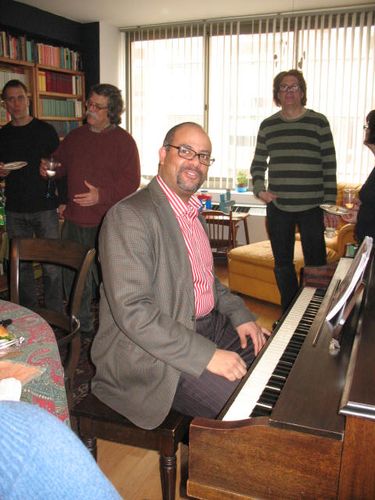 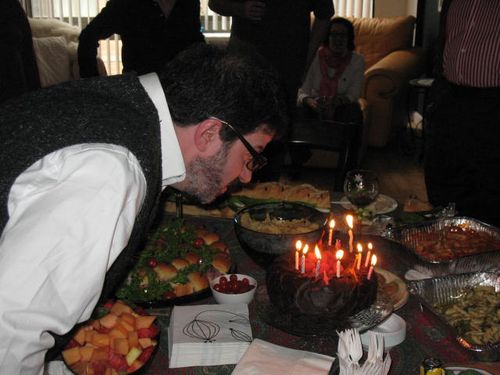 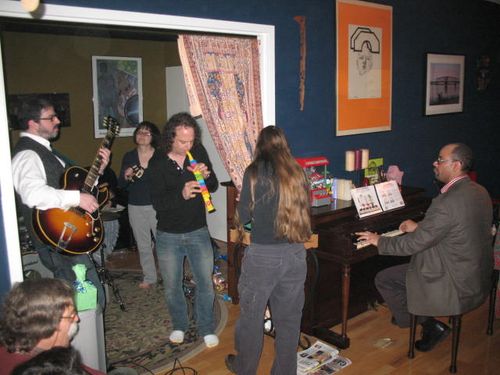 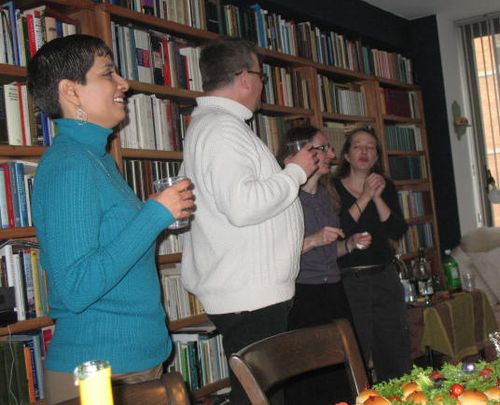 Lisa, Me, Lois and Jane