It’s Monday and I don’t mind at all. An opportunity to get dressed up in a suit and tie is always a good thing and makes going to work a lot easier. Not much drudgery when you’re looking good. And not only do I think I was looking good, but Bill told me I was.

None of Tom Chin commenting that I wasn’t looking so hot like last week. This week I am back and in fashion. I do think my clothes say I make a lot of money, but I just want to look good. I think I only started wearing a suit and tie comfortably about 10 years ago, after my father died.

I think whatever ‘dandy’ spirit that inhabited him passed onto me. Yeah that’s it! Ghosts of dressing nice inhabit my body! My father always dressed nicely for work and now I do the same. He would more than likely be amused if he saw me walking around Manhattan, just a few blocks away from where his offices were on Lexington Avenue.

I don’t think the building is there anymore, I think it was where Lexington crossed 47th Street. I’m on Third and 49th and 50th Streets. I only went to the office with my father once and that was probably in 1976 or 1977.

It was a experience but mainly I didn’t see much, just dragged around by the hand through crowds getting off the train in Hoboken, taking the tubes (thats what the Path train used to be called, at least by my father), taking the subway to Grand Central then walking to his office. His co-worker, someone who my father couldn’t stand, Chuck Ferguson- wasn’t in.

This was over the Xmas holidays. My father sat in his office and I sat in reception mainly looking at the 4 walls. Not very exciting. I don’t recall going to lunch but I’m sure we did. My father probably resented having to take me to work, but it was something out of the ordinary for me.

After a long day of staring at the walls of my father’s drab office it was time to be dragged home, onto the subway, through the Tubes (no Fee Waybill) and on the Erie Lackawanna 5:42 from Hoboken to Teterboro. Back home to Lodi with my mother driving to the train stop after starting dinner.

I spent the day basically underwhelmed. The city was different then and my father did his best to protect me from the undesirables. I wanted to break away and be with the undesirables, to get away from my father. Of course it never happened.

Here I am over 30 years later, almost retracing his steps, only I walk a lot more where he used the subway. I know my mother would have loved to see me dressed up in a suit and tie. I saw Bill this afternoon and he liked how I looked that he took some pictures which are below.

Nothing special just me outside his office building puffing on a Padron. Our relationship is now about how many minutes we see each other each week. It sucks but it’s what has to be done at this moment. Absence does make the heart grow fonder and it also prevents each one from getting on each others nerves. 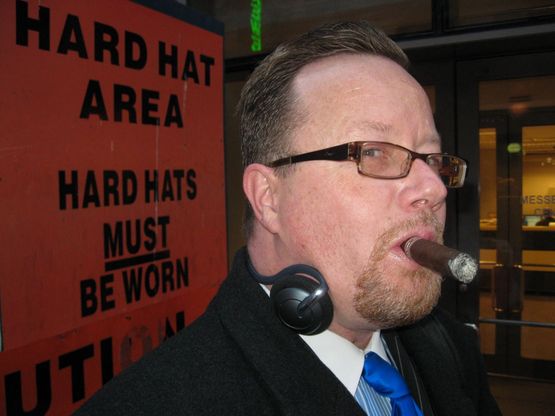 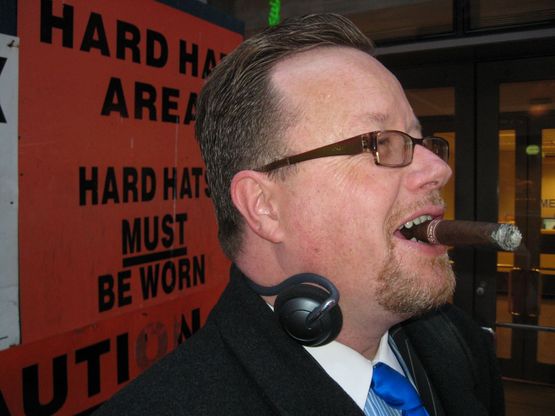