Well here I am over 24 hours after the last posting. What did I do? Where did I go? Well, after writing I walked from 50th street and Third Avenue to 12th Street and Fourth Avenue, enjoying a Padron and listening to a play list for the Farfetched finale. After 28 years, Farfetched has bit the dust. Not that Susan or Lois did anything wrong.

Lousy landlord wouldn’t renew their lease since there seems to be quite a demand for Goth shoes in the neighborhood. Well, we’ll see how that goes. Raccoon eyed customers with deep pockets always shop during economic downturns.

Even if the landlord did renew the lease it probably would have been a stressful year for Susan and Lois. They were clobbered for the holiday season and that’s their best time of year. So a whole year of that wouldn’t have done them well and they would possibly end the year with multiple ulcers.

I got to the store which was barren and sparsely decorated. Plenty of wine to accompany the six pack of Heineken’s I bought. $13.00 for a six pack is a bit much. I could get two six packs in Hoboken for the same price, but I was on the island of Manhattan where everything is imported. Lois, Susan and Harpy were in the store and we were anticipating a few guests.

We were fine with it being the four of us, but we welcomed the incoming well wishers. And that’s what they were, well wishers coming to wish Susan and Lois and quite possibly Harpy well. The night progressed, I’d say about 50 people were there at one point. Actually more like 25 as I was seeing double.

People came in from as far as Ohio to say goodbye. Bill even was there for a while, taking it all in as well as taking a few photos. I just drank and drank, my hand always having a green bottle in my hand. I had to replenish my supply and I went over to Third Avenue at Harpy’s suggestion and bout 2 six packs at $10.00 per, a slight improvement. 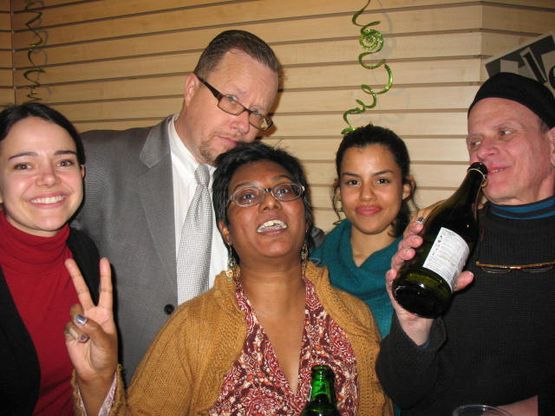 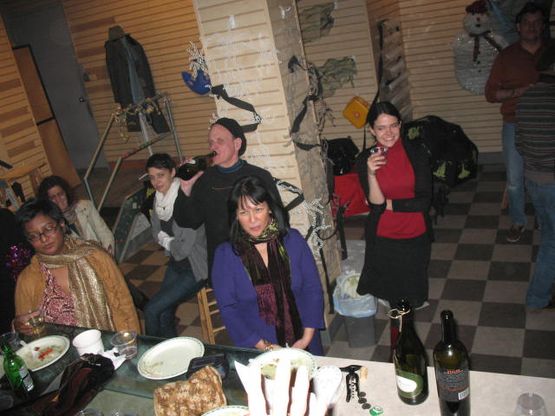 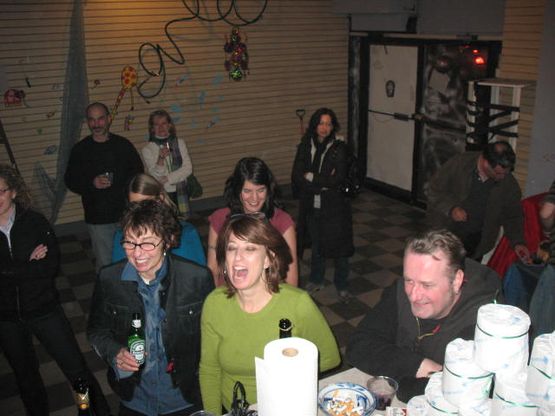 We were a festive crowd, even when Skeletor from the Halloween Adventure Store had the gall to stop by and collect the keys from Lois. After Skeletor left it seemed to be the proper time to throw many bags of shredded paper in the air creating a snowstorm of confetti a few inches deep.

Music was constantly played supplied by Harpy, myself and Sharon, another former employee. Susan’s sister Karen recited a poem, I mistook Susan’s other sister Linda to be a guy, as she’s quite a butch lesbian. Sharon, the distaff DJ was there with her husband Jocko who told me that he doesn’t use Facebook since he thinks it has a cult like mentality.

Perhaps he’s right. I’ve never been much of a joiner but I am enthralled by the Facebook and the connections it allows. Some hooliganism was underfoot during the party with the toilet getting backed up as a welcoming for the Goth shoe store.

That should have been done at the end of the party but someone (and it’s not me) thought otherwise. Some squatting in the basement occurred after that and that wasn’t me either. It was a happy/sad occasion over all.

I stumbled out a little after 12:30 after kissing Susan and Lois and Harpy. Plodded my way to 14th Street and Sixth Avenue to a crowded Path station. Had to ride uptown to get back to Hoboken and I found myself a corner seat, hat pulled down to my eyebrows and waited to get to Hoboken where I walked very fast towards home since I really had to pee.

In bed soon after that and tossed and turned all night. This morning I saw Julio and Stine with Superboy as they were headed out. I made breakfast, did some laundry, watching a movie called Human Traffic on DVD. 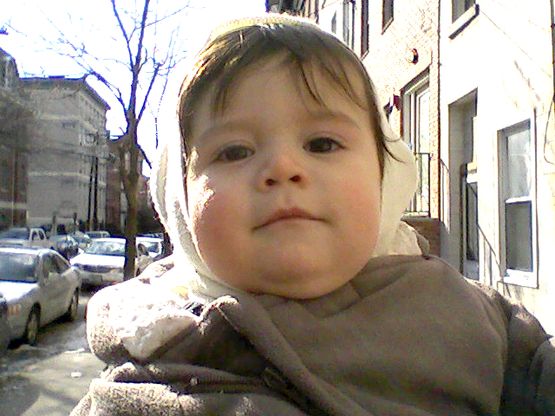 Pretty funny movie about a group of British youths doing ecstasy and partying for a weekend. Some very funny, very true things in the movie, though I still can’t figure out why I rented it.

After that, a much needed nap for about 3 hours and now I find myself in front of the computer again.

Other pics are posted in Facebook under my nom de blog, John Ozed
and some short vids on YouTube under johnotoole99 whomever that is…

Well since I doubt if I’m going to get a chance to write this later at home, I figured I would start now while still rearranging the deck chairs. Woke up at the usual time this morning, 6:30 and wondered why would I be in a hurry to get to work.

There was a chance that Tom Chin might be in, that rare Friday, but he said only in the morning. I had a plan to leave work around 3:00 like I usually do on Fridays, but decided against it.

I knew I would be going to attend the ‘Irish wake’ at Farfetched tonight and rather than go home and then come back into the city, I decided an extra hour of sleep would suit me fine.

I would go into work later than usual and stay later than usual and head down to Farfetched. I also wanted to be in the office since it was Trudy’s last day. Once again nothing that she has done, just the economy is such that the charitable foundation couldn’t afford her to come in four days a week.

They offered her two days a week but really, who can live and work on two days a week? So she asked them to let her go and since it’s the end of the month its ‘good bye Trudy’.

She works with a woman named Debra and I was asked to join them for lunch which I did. A new restaurant in the next building. Italian food, nice décor, but we sat in the upper level which ascetically was nice but in reality we were that much closer to the ceiling which meant it was over warm and quite stuffy.

I had the chicken picata by the way which was ok though I should have ordered a side dish of pasta since this was just two pieces of chicken in a lemon sauce with capers. Hit the spot in any event.

Now it’s 4:30. I was planning on staying until 6:00 but Vivek just walked through the door, stressed and I certainly don’t want to deal with that, not on a Friday afternoon about to go to a party of sorts.

Just finished talking with Vivek, he’s stressed of course but in a good mood. His partner is planning an extravagant birthday weekend for himself so I guess there should be an all points bulletin for two rowdy Indian guys on the loose in Manhattan. Mothers lock up your daughters!

Trudy just gave me a weepy hug, thanking me for being her friend since she started working here. She’s a wonderful woman, from Northern Ireland. A real sweetheart who will be missed and not only by me.

She’s another friend I have to keep an ear open regarding jobs, if I hear of anything. So much of that going around I can only hope my ears are big enough since I know my arse is big enough.

I’m sure I will fill you all in with details and pics from the Farfetched finale.