Just got back from a visit to McSwells where I had dinner with Mr. and Mrs. Paterson, as well as Meghan Taylor Mastro and the daughters Lily (mine) and Ruby (Jim’s). Almost wasn’t able to pull it off.

You see I was at work and as the day crawled along I just started feeling bad. Not ill necessarily, but more like feeling blue. I left the office around 1:30, no one was in really and the feeling in the office was ‘so what?’

So I walked across town, enjoying a Padron, listening to Girl Talk and still enjoying it. I left two voice mails for Bill and a text message but he didn’t get those until I was home, putting the kibosh on meeting up with him for a few minutes outside his building. Plus it was too cold to socialize outside.

I was home for a little while when I heard from Meghan. She was coming to Hoboken with Lily and Ruby and the Paterson’s. The Paterson’s are actually Ann Boyles and her husband Pat Paterson.

I explained how I was feeling and said I would try to make it after I took a much-needed nap. The nap definitely did the trick, deep sleep for almost two hours. Cleared my head of whatever malaise was troubling me.

It was almost interrupted by phone calls but I wisely shut the ringer on the phone off. It was dark when I woke up and mere moments after awakening, Meghan called telling me that she and the girls were walking up to McSwells to get some food.

I had to stop by the library to pick up Philip Norman’s biography of John Lennon and Sarah Vowell’s new book, The Wordy Shipmates. Quite timely since I finished the New Yorker already, finished Naomi Klein’s Shock Doctrine a couple of weeks ago, and though I took Doris Kearns Goodwin’s Team of Rivals, about Abraham Lincoln’s cabinet out of the library I’m not as interested in it as I was when I first ordered it.

After trying not to break my neck on the unshoveled ice I made it to McSwells where Yo La Tengo where eating dinner before their third Hanukah show. Ann met me at the door since she saw me on the sidewalk walking by.

She still looks as adorable as ever and still the same Ann Boyles I knew way back when, still funny to be around. Pat Paterson, her husband is a really nice guy who I might have met before when he worked for Dreams So Real and Guadalcanal Diary among others back in the day.

Despite the last time I ate at McSwells I gambled again and ordered a burger, which was fine. Ann didn’t have problems with her burger but I think Meghan and Lily and Ruby had issues with their orders, as did Pat with the flavorless fish and chips.

After dinner we did a quick walk by the river, around where Maxwell House used to stand. They’re all condos now, no more big neon sign with a coffee cup, and no more ‘good till the last drop’.

Got some great pictures of everyone, the only who was missing was Jim who was minding the Guitar Bar. We walked back down Washington Street, Pat finding some thrown away stilts that he did a credible job of walking on for a couple of feet.

Alas, I had to head home and write this, they continued to collect Jim from the Guitar Bar and head back out to Glen Ridge. It looks like I will be going out to visit on Saturday and it seems quite possible that Bill will join me, so Ann will finally get to meet the man in my life, as I just met hers.

So here’s to Ann and Pat and Meghan, Lily & Ruby, and of course, Jim. Cheers!

And I said hello to Ann Boyles on behalf of bhikkhu and Harpy. She responded in kind.

There were some fairly large pics here, but not any more.
I’m still using Bill’s Mac and can’t figure out how to rotate certain pics. If you know how, please feel free to fix them and send them back to me so I will repost them. Can’t seem to use xnview on the Mac you see. Made everything easier….

well actually I went to my PC and loaded the pics onto a flash drive after ediiting on xnview on my PC…. 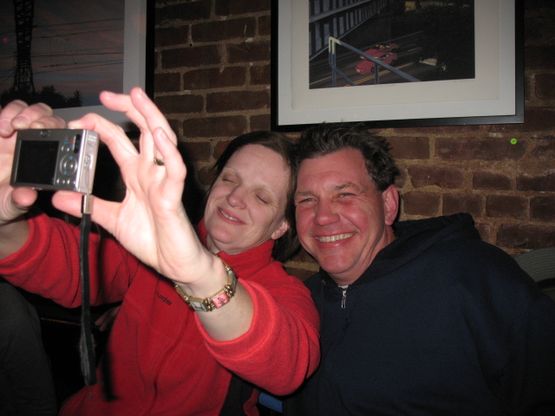 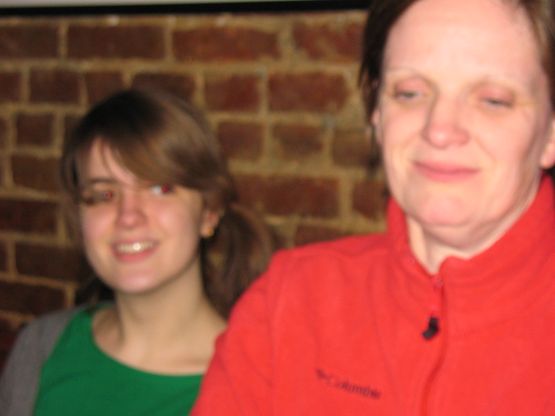 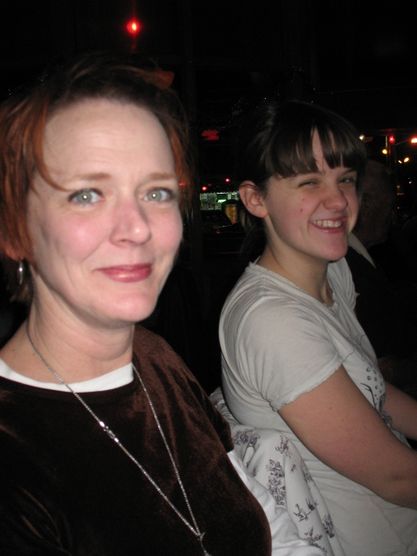 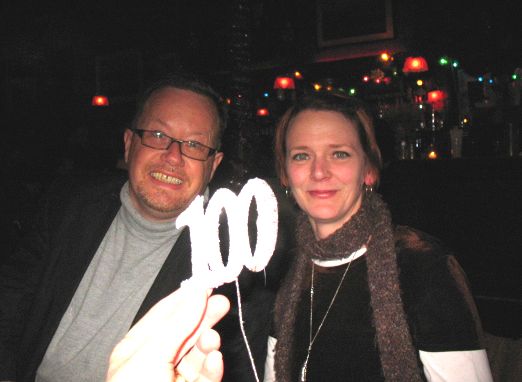 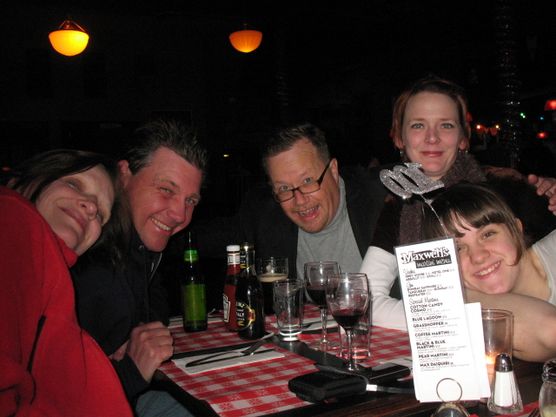 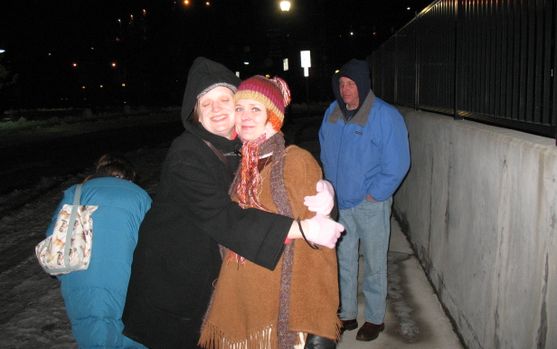 Meghan and Ann (so sweet) 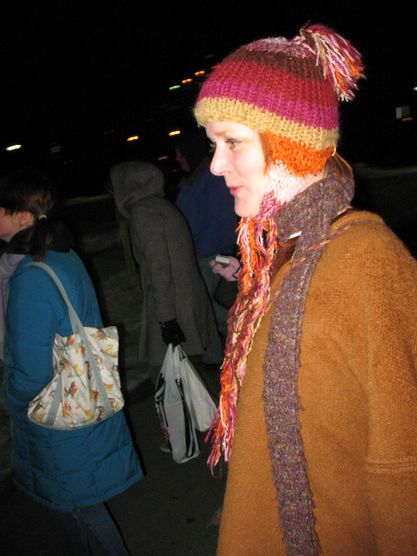 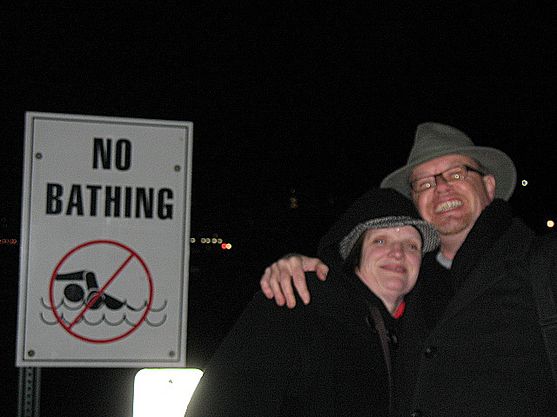 No Bathing for Meghan and John Ozed 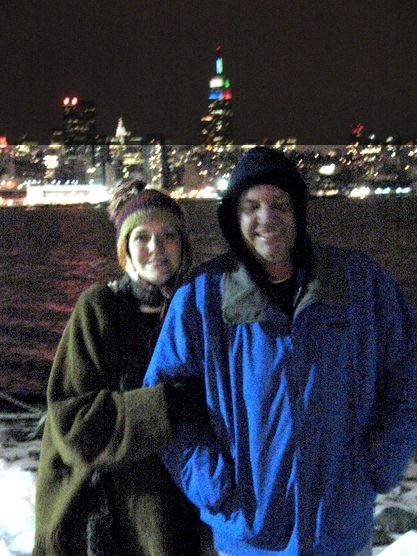 Ann and Pat and Manhattan

3 thoughts on “You’re More Than Fair”