Well today they promised rain and it rain for a bit but overall it turned out ok. Temperatures were close to the 70’s making it a muggy November afternoon. I was going to participate in another demonstration, this time at New York City Hall, but the threat of rain kept me away, making me a fair weather protester, or perhaps like Sarah Vowel had written, a Partly Cloudy Patriot.

It turns out that it was actually very nice for the hours of the demonstration, and on the news they said hundreds of people had shown up, then they said they covered a few city blocks which, judging by the crowd on Wednesday night, I would say it was more like a thousand or so.

It was also easier to go to the demonstration on Wednesday since I was in the city already. Today I was safely ensconced in Hoboken, far from the maddening crowds. Plus it sucks to go without Bill who is still indefinitely in Stuyvesant Town. I miss the big lug.

Last night was relatively quiet. Watched O & RM, and I have to ween myself from them soon. Daily Show and Colbert Report can stay though. Last night’s repeat of Thursday night’s show had Bill O’Reilly on and he is such an ass. He was trying to be so hip, and he only came off as smug. Jon Stewart had him on the ropes though. Stephen Colbert was actually funnier than the Daily Show. Had me laughing out loud. They’ll repeat both on Monday night I think and both are worth checking out.

Started to watch the news when I remembered Bill Maher was on. Thankfully I missed his monologue. Ashton Kushner was surprisingly outspoken and presented his views quite well. Even rebuffed Dan Savage’s overtures, reminding Dan Savage that he had sent Savage a letter which was replied with some really foul and nasty language.

That seemed to have put Dan Savage in his place. Dan Savage has been in the hot seat this week due to some comments regarding 70% of black people that voted in favor of Prop h8 and were construed as racist following the passing of Prop h8. They didn’t bring that up though and Dan Savage has deleted that column from his archives and is singing quite a different tune.

Then it was a good night of sleep. Waking up this morning had a shower, some coffee then a walk a few doors down my block to Mr. L’s for my monthly haircut. Tony was free and I was determined not to paint as grim a picture on the economy as I did last month. I think my generous tip helped proved my point. He’s a great barber. Gets the gray out of the goatee, and trims eye brows, ear and nose hair. When my goatee gets bushy I know it’s time for a hair cut. 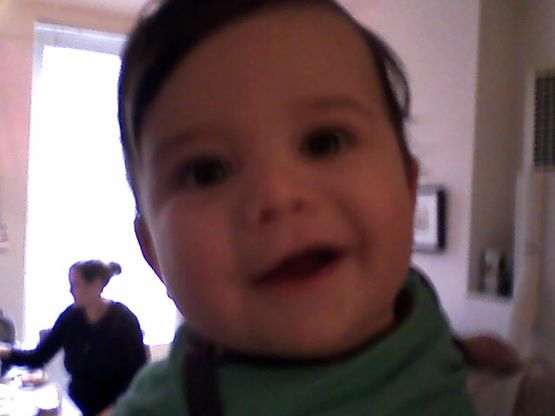 Went to the market, dropped off some bagels with the Lopez clan on the third floor. Superboy has changed since I last saw him three weeks ago. After that I had breakfast and surfed the net, made some new friends and freaks and walked to the post office to drop off some Netflix dvd’s and enjoyed a Padron.

Now I’m having some pizza waiting for Juan so we can go to the Girl Talk show tonight at Terminal 5 which is at 56th street and 12th avenue. That’s it in a rather large nutshell. The liquor store on the corner has a Christmas display in their window already, Santa and his reindeer on a motorized see saw. 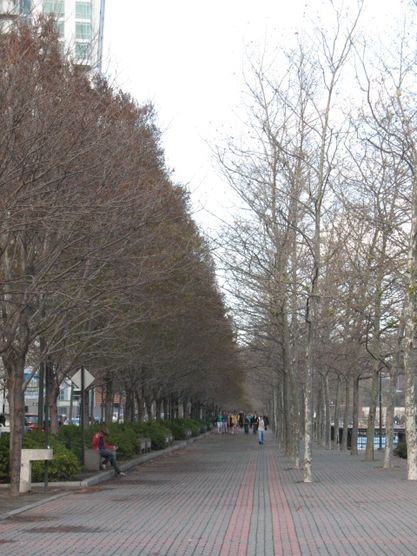 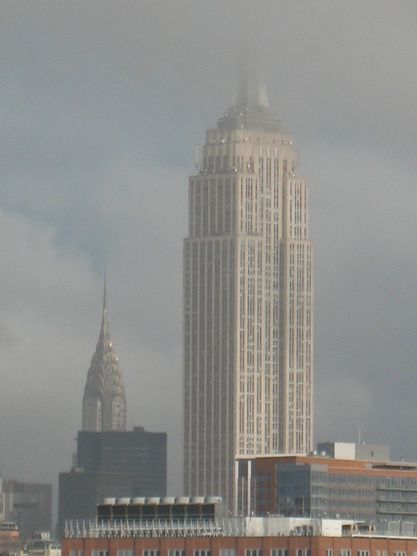 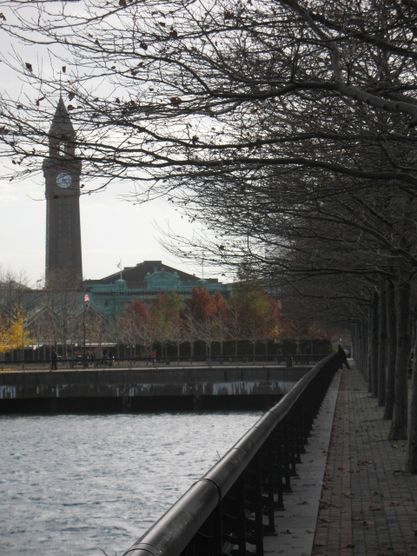 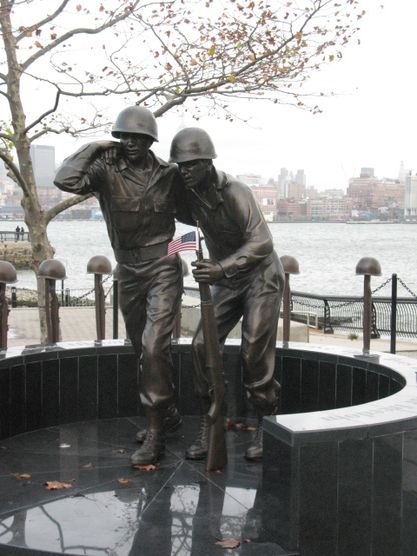 And now that I’m finally getting ready to go out with Juan tonight, the downpour begins….