Another gray day, this time it’s Friday. Just woke up from a nap which was ok. I should have turned the lights out, but I didn’t want to fall into too deep a sleep. Too deep a sleep sounds like Chico Marx. But that’s what happened. In fact I just told Bill to do the same thing that I did, set an alarm on his cellphone and take a nap for an hour. Hopefully he’ll have better results.

I guess this weather is a lot like the weather in Arcata and it’s like this a lot of the time. I don’t know how they can deal with it out there, but they do persevere. Last night was O & RM again, punctuated with calls from Bill and Harpy. Both calls enjoyable, one a sober call, the other not so much.

After that, The Daily Show then The Colbert Report then the news and bed. Man- I lead a boring life.

Tomorrow should change that, Girl Talk with Juan at Terminal 5.

Work was as quiet as I expected it to be. I was the only employee in for my company. The sub-sub tenants were all in. A trading desk was set up a few feet from my own and if it’s anything like the trading desk that used to be at Wanker Banker it should be filled with rude obnoxious guys.

But then again I think I would have seen these guys already, and so far it four guys and a woman who seems to be ‘one of the guys’.

Corner of my new cube 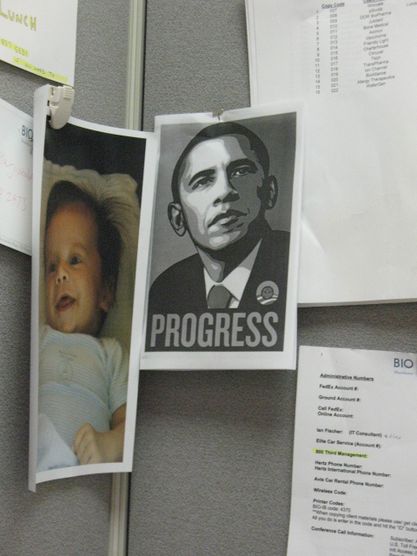 Since I was the only one I was officially allowed to leave early which I originally thought to be 1:00PM, bit actually was closer to 2:00PM which isn’t so bad. It’s a good thing Bill called me since he was going to surprise me but he knew that since it was Friday I would probably be leaving early.

I met up with Bill in Bryant Park where we sat in a light mist and smoked cigars for a while before heading over to the bus terminal. He was heading back to his mother’s apartment, having taken the day off and I was headed back to Hoboken on a crowded bus. 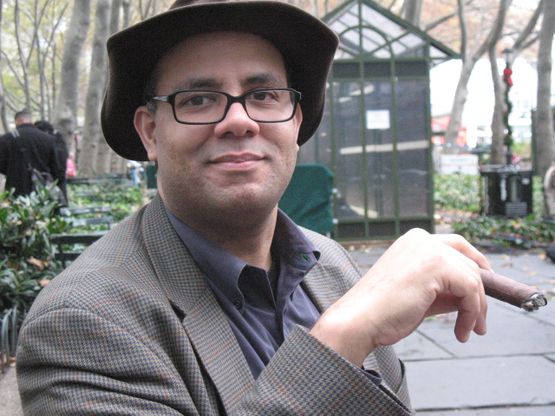 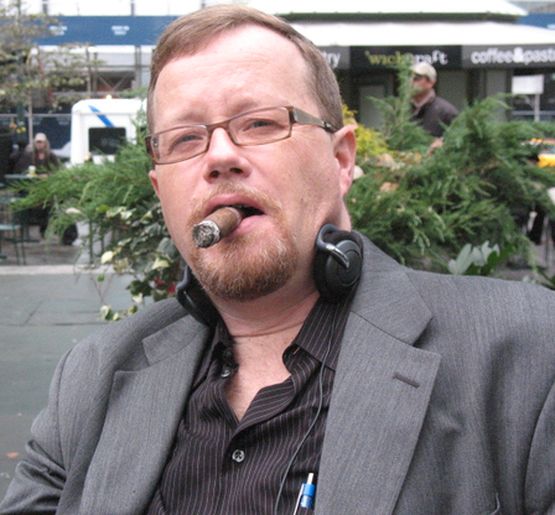 It seems a lot of people get off early on Fridays and it seems like their mainly from Hoboken.

In the queue for the bus. Here’s an advert that caught my eye. 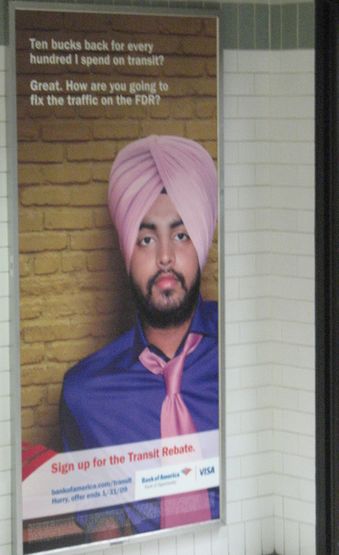 Still reading The Shock Doctrine by Naomi Klein and its quite an informative book about capitalism and Milton Friedman and his followers from the University of Chicago. His economic shock treatment was a major cause in the overthrow of Allende in Chile on 9/11/73, Bolivia, Argentina, Poland, Russia and lately Iraq.

Also the US after 9/11/01 some of his dastardly teaching were implemented. BushCo is/are big fans of Milton Friedman’s economic plans. He hated FDR and the New Deal and this is his way to correct that. Free trade, no regulations or oversight by government. You’ve heard that tune before on GOP Records.

Basically it’s about changing economic policies following a disaster, usually man made but occasionally following a natural disaster. While the populace are in shock, the Chicago Boys move in and implement among other things, price restrictions and go about destroying unions as well as anyone who gets in their way.

In Chile it was Pinochet overthrowing Allende, in Russia it was Boris Yeltsin attacking the democratic Russian parliament in the name of preserving democracy. With Bill Clinton praising Yeltsin while he attacked the people’s representatives. Also created the Russian oligarchs in the process. Dickwads, all of them.

It’s a good read, and now that I’m in the middle of it, it flows quite nicely.

Tomorrow is another demonstration, this time at New York City’s City Hall. It’s in the afternoon at 1:00 and depending on the weather and the laundry I may join them. 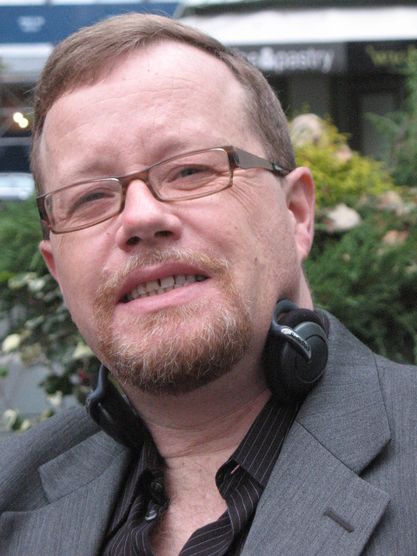 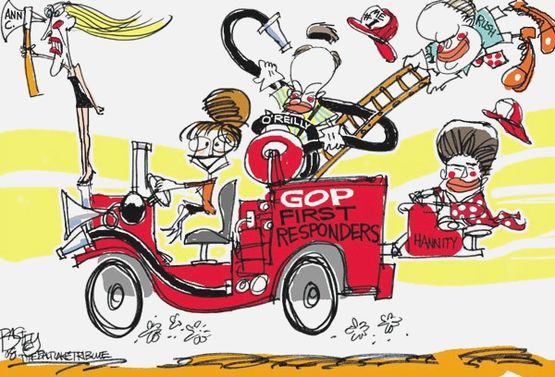