Another low key, under the radar Saturday. This was intentional since I’m still wrestling with this bug. But not doing much seems the way to go. Same with tomorrow. In Hoboken there is the artist studio tour but I really doubt that I’ll be touring.

Last night was very mellow as well. Juan and Bill couch surfing with me situated between the tv and my computer. Juan called and asked to come down to watch O & RM. He actually called it O & RM, getting a chuckle out of me. After that was Bill Maher and then Juan was shown the door at midnight.

A good night’s sleep without any abuse of Bill much to his relief. Saw Julio and Alexander for a spell and came upstairs and waited for the guy who was supposed to fix the buzzer which has been broken for a few weeks. He wasn’t on time so I had a nice breakfast and read the paper while Bill watched Lawn hor d’oeuvre and got his laundry ready. He washes his laundry in the laundromat since they have dryers.

He was off to see his mother after that. The buzzer repair guy finally came but didn’t do anything since through the process of elimination the problem was figured out to be in one of two apartments where there currently is no access to. So if ordering food we have to walk down four flights of stairs then back up the same four flights or if someone’s visiting- the key drop out the window.

I watched The Limey on cable which I enjoy. It stars Terrance Stamp, Luis Guzman and Peter Fonda and it’s directed by Steven Soderbergh. I’ve seen it before and I liked it. Then I went out and ran into Lois Di Livio at the Guitar Bar.

We walked up Washington Street having a few laughs. Some of the 10,000 McCainiacs tried giving us some info saying the weren’t trying to convert us, they just want us to know the facts. That was another laugh. We then hung around Lois’ apartment. Her husband Fred was working.

They’re having a gate sale tomorrow as are Rand and Lisa. I would have participated but I thought I was going to Garfield and now that I’m not going anywhere I will probably swing by those sales.

I also watched a dvd that Lois lent me, The Mayor of Sunset Strip. It’s a documentary on Rodney Bingenheimer. He’s been a fixture on the Hollywood/LA music scene since the sixties and has a radio show on KROQ.

He’s had an interesting life, he’s definitely a music fan like myself and Chaz and who knows how many other people. Like Chaz he has quite an amount of memorabilia. He also has the lithe figure of Harpy and a voice that could easily be mistaken for Andy Warhol.

It’s a bittersweet movie, Rodney’s a lonely guy and keeps getting his radio slot moved around, you can probably find his show on the net somewhere. He loves to hobnob and met quite a lot of people. It’s worth looking at, if you’re into that sort of thing. 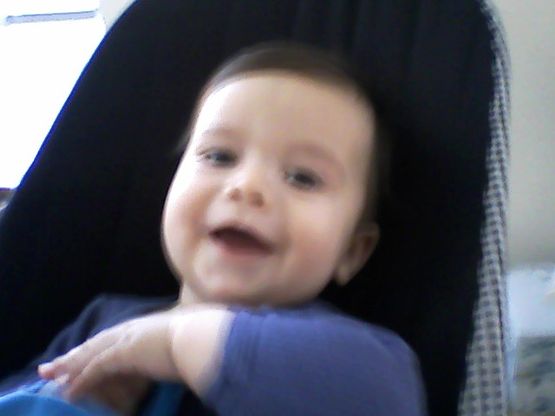