Well I’m feeling a whole lot better. That’s good news. Not 100% but in the upper 90’s. Last night Bill and I watched the debate and I participated in the Hoboken411 live blog and defended Obama valiantly.

Not taking any shit this time even with a temperature of 97.7. The democrats outnumbered and out gunned the republicans. My comments immediately went up without approval, so overall Obama and the democrats won. Hopefully we will repeat this on November 4.

Slept really well and didn’t beat up Bill for which he was glad. I woke with no problem and found myself on yet another crowded bus. No Casey. I hope I didn’t get him sick. Listened to A Tribe Called Quest on my journey across town.

Got my weekly egg sandwich. West Indian Tony still not behind the grill and no one knows when or if he is coming back. His partner behind the grill is no longer there either. Walking down 49th street I see a lot of secret service agents again as well as a battalion of police officers and detectives.

I asked one of the cops who was around and he told me Obama. I got excited and lingered with my camera out hoping to get a pic. Obama and 10,000 McCainiacs were in town for the big Alfred E. Smith (I always think Alfred E. Newman) political roast at the Waldorf Astoria.

Eventually I was moved behind a barricade, far away enough to totally not see Obama getting into the SUV motorcade so I took some pictures of some not so secret service men instead. That got me to the office a little past 8:00, not that it mattered since no one was in yet.

Did the usual turning on machines and tvs and changing tapes and making coffee. Trudy, a woman from Northern Ireland was in and we generally get along fine.

She asked how I was feeling and I told her and also mentioned that I felt better knowing that it was a cold from Stine, since I saw her on Friday and Sunday. Trudy said that wasn’t the case since these things incubate for two weeks. I repeated my claim and she repeated hers quite adamantly to the point I just turned and walked away from her. It was like I was arguing with my mother.

The day was odd. I don’t think I mentioned that with all the bad news lately regarding work, one of the former partners has taken legal action against the company. Legal Action that we more than likely can’t afford, so there were some very long meetings between Vivek, Greg Stevens and Tom Chin behind closed doors. The day proceeded under such a pall.

I cut my Netflix from 3 dvd’s to just 1. Starting my personal cutbacks. Tomorrow is going to be another quiet Friday, just me and Vivek which means I should be on the way home at 2:00 which is fine by me. I also found out that the office space that we’ve been trying to rent, has been rented and even more good news, my hours aren’t going to be cut….for now.

I checked to see if Obama was back on my way home but there were only one or two agents and police officers around. The streets were crowded with news trucks though lined up outside the Waldorf Astoria. I wasn’t hanging out to wait this time.

Came home saw Juan. He was on his way to a show, now I’m chillin’. I will probably check out O & RM tonight to see their debate coverage, so there goes that abstention. 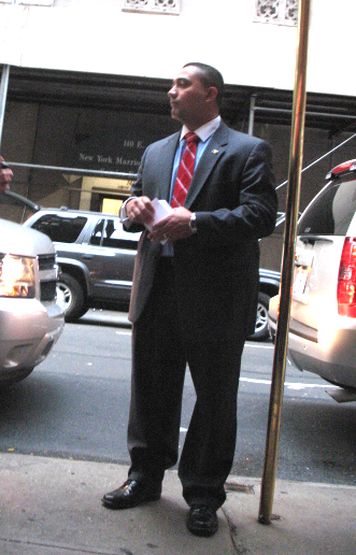 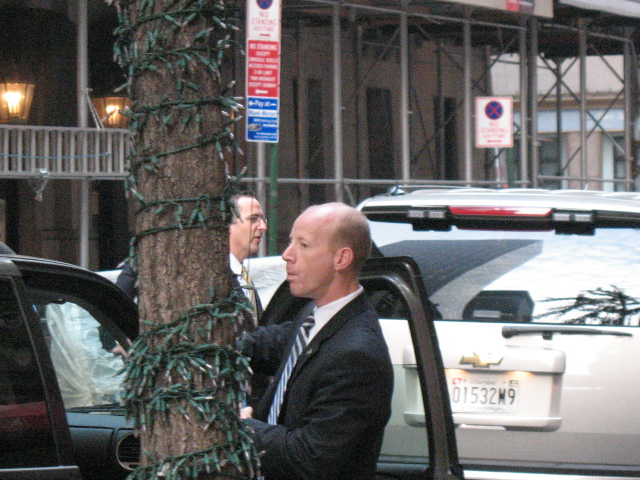 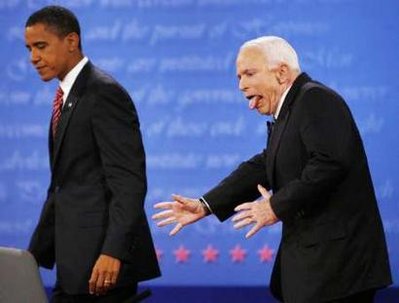