The madness continues. My company seems to be treading water, and I was busy today dealing with real estate agents. Two sets of agents, both with different agendas. Apparently there is a database of companies in Manhattan that has information on leases.

My company’s lease expires February 2010. For the past 5 months different agents have called or shown up with offers on finding the company a space to move to on March 2010. Of course with the way the economy is we can’t even say that we would be around by the end of the month much less in a year and a half thereabouts.

One of my problems is that that either never call and just show up, or they call constantly. I do my best to field the calls but eventually they wear me down and I consent to meet with them. Todays visitor was in his second year and he had his manager with him who just wouldn’t shut up. The manager was cute though and clearly the dominant of the two.

I did my best to be engaged and engaging even though they interrupted my lunch. They were the ones looking forward to March 2010. While I was meeting with these two, Vivek and Tom Chin were showing the vacant spaces in our office to sub-sublet, going so far as to walk into the conference room where I was meeting the first two.

Of course being Realtors they each recognized the other. After I got rid of the two I was with I was summoned into Vivek’s office. Vivek was sitting with the other Realtor. The other realtor’s name is Claus. Claus is a bit swishy and when I met him a few weeks ago I thought he was gay and that was our common ground.

A few weeks later at another meeting he mentioned his wife which through me for a loop since the guy just seemed so not straight. You never can tell, though of course he could very well be gay and so ashamed that he lives a lie which in 21st century Manhattan doesn’t make sense.

I reassured Claus that the other Realtor was there for the end of the lease, offering to help us find a new space should we need it. The way things are right now we don’t need that much space. Claus offered to run interference in case I get overwhelmed from the unending phone calls, just to tell them Claus Fischer is our agent now and all inquiries should be done through him.

It is certainly turning into a melancholy space to work in.

Last night was good. Juan came by to watch the debate and since Bill was on the way we paused until he got home. I was participating in a live blog on Hoboken411. I participated for the vice presidential debate and enjoyed it somewhat and I think the guy who runs Hoboken411 enjoyed my comments.

He said so last night and stated that my comments would go up automatically without his approval. That was cool, I felt part of the ‘scene’. Then I noticed whatever I tried to post wasn’t making it online.

I mentioned it in private to the moderator and he said he needed to approve them, which meant they had to be approved. I sat there and read what these other people were posting, stupid pro-McCain nonsense. Really stupid stuff without an iota of wit or intelligence so I dropped out of that Obama bashing blogging. It did piss me off though. Whether or not I give it another try next week, we shall see.

Bill’s mother was released from the hospital today and he’s been told that she can’t be alone anymore. That’s a totally different story that’s not mine to tell. 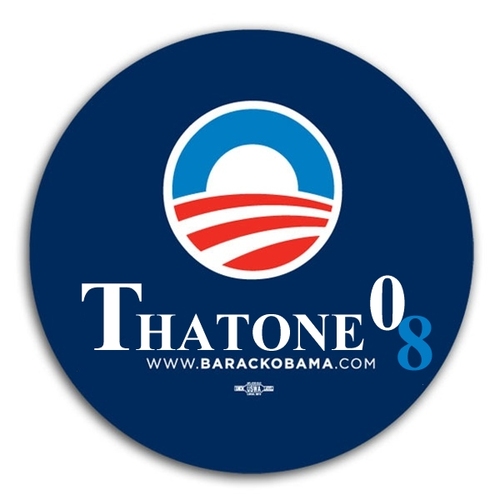