It’s Sunday yet again. Summer is unofficially over next week. Well next week is the last weekend that lifeguards will be working and from then until next years Memorial Day you can swim at your own risk. Hopefully I’ll get a chance. Not that I’m much of a swimmer, but I can float with the best of them.

Chaz dropped me off last night and I came home and wrote, and noticed that I didn’t apply sun block to my thighs right above the knee. Guess the trunks were rolled down then. They’re pink, my thighs are. Not painful or anything, just last night it was a bit uncomfortable.

That’s when I threw in the History Boys, but I was basically toasted from the day, the sun and the ocean took it’s toll and by 11:15 I was ready for the rack. Bill was with his mom last night so I had the bed all to myself which was good. Had the air conditioner on and slept like a rock.

Woke up around 8:30, slept late. Went out and got the papers and some breakfast. Helped a friend with his photo blog, then walked around Hoboken around noon. Bought some t-shirts at Burlington and some spray on sun block at CVS. Talked to Chaz about the plan to go to Lincoln Center Out of Doors at Damrosch Park.

Patti Smith was headlining a free show and there were a few other bands on the bill including The Knitters, featuring Exene, John Doe and DJ Bonebrake from X and Dave Alvin from the Blasters. I took the bus into the city, reading Alan Bennett. 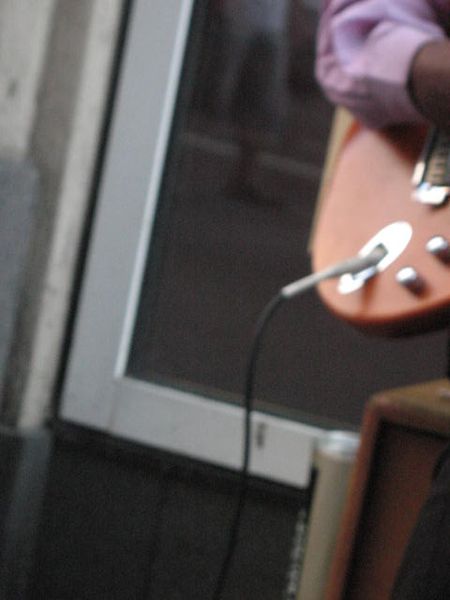 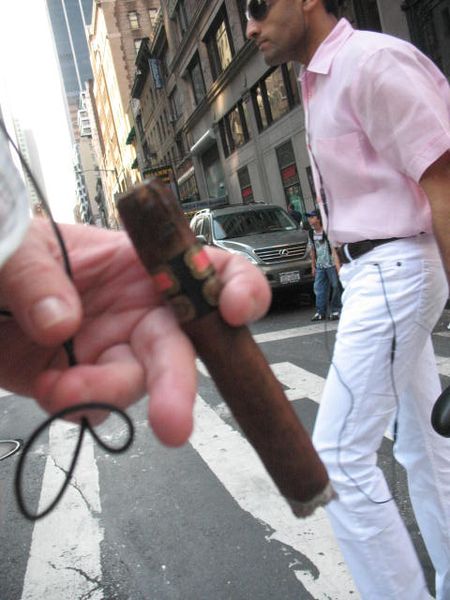 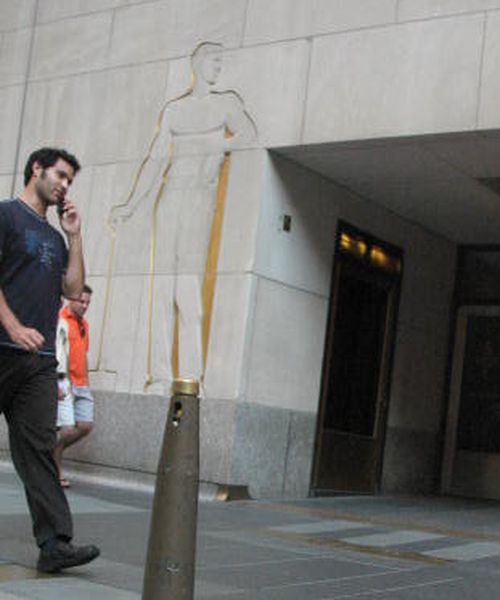 Wandered around on my way up through Central Park where I saw an excellent Trombone Quartet. I’m not a fan of most brass, but I do love the trombone. Could be from my ska days. Any decent ska group had to have a trombone player, excepting Saxa from the (English) Beat. 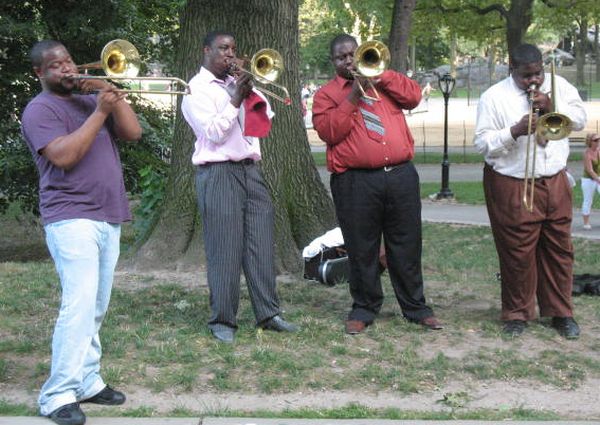 Hung out and listened to them for a little while, eventually making my way to Damrosch Park where the Knitters were halfway through their set, ending with a rockabilly version of Born to Be Wild. Met up with Chaz for a few minutes, lent him the latest Mojo as well as the DVD of The History Boys.

He probably found me from the smell of my cigar. We talked for a bit, both of us explaining how exhausted we were from yesterday’s beach excursion. I was sweaty and hungry by then and Bill was home so I bailed before Patti Smith, leaving Chaz to wait for his brother William, my ex-roommate to show up. 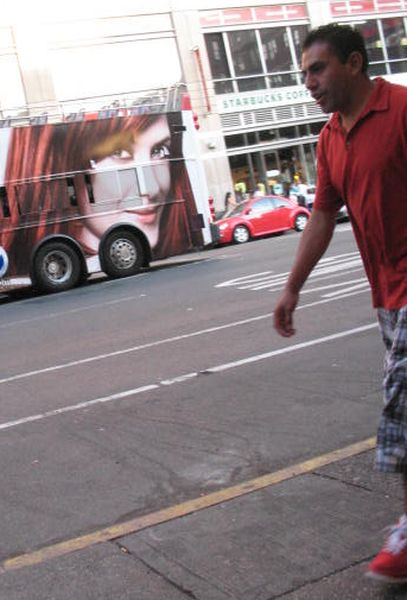 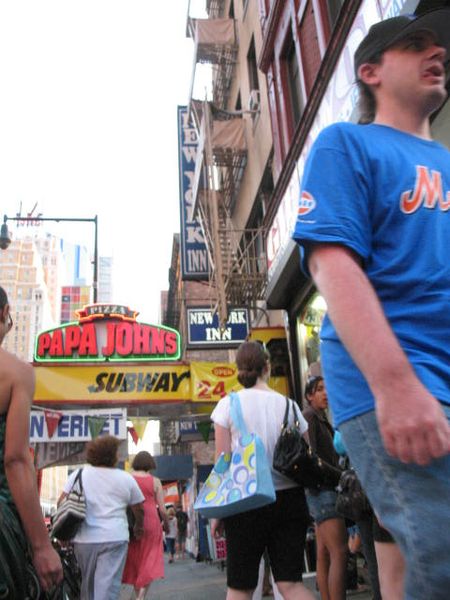 I walked back down to the bus terminal, talked to Pedro on the phone who told me that he was hanging out in the Shea Stadium tailgating with 30 other corrections officers. He was ok with the fact that we missed each other, and we both agreed that it was pretty odd that we were both at the same game.

Back home now, relaxing. Bill is on the couch watching the closing ceremonies of the Olympics, I’m listening to his colorful commentary on everything including commercials. Back to work tomorrow. Should be painless and slow.

Have a good week and enjoy the rest of the summer! 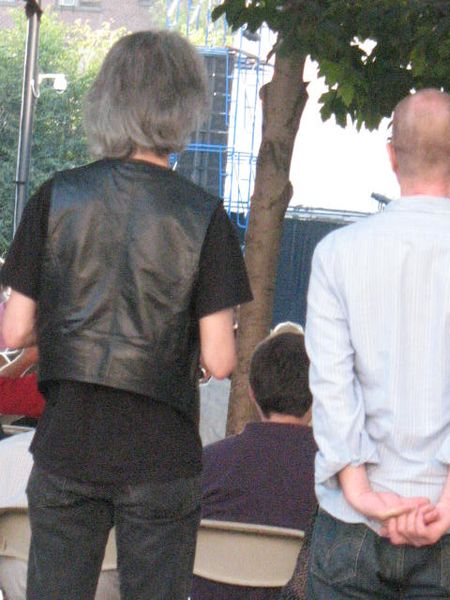 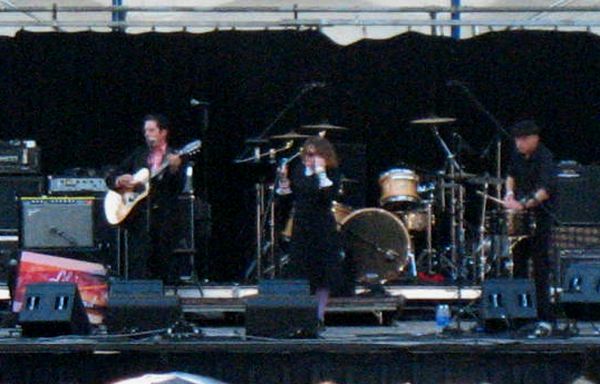 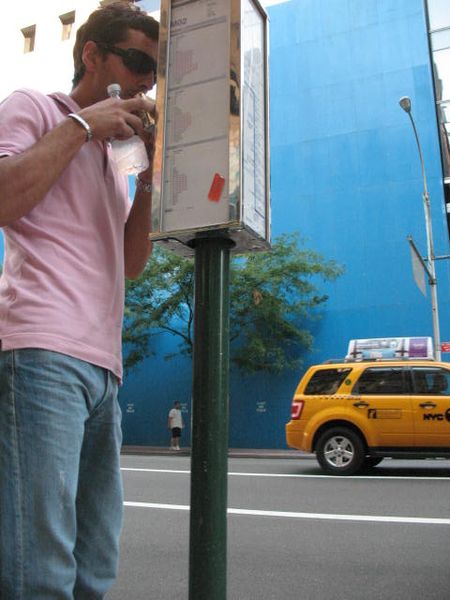