Well the past 24 hours have been quite nice. Yesterday I went into the city and met up with Bill in Bryant Park. We caught the 7 train to Flushing, to Shea Stadium. I wanted to go since it’s due to be torn down and it was a chance to say farewell. The ride was entertaining since I’d never taken the train to Shea Stadium before. 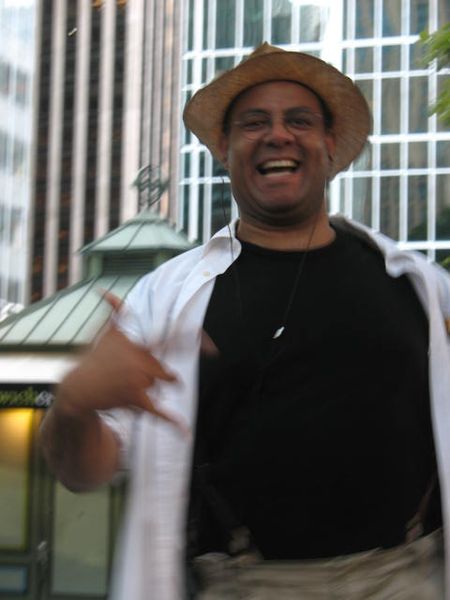 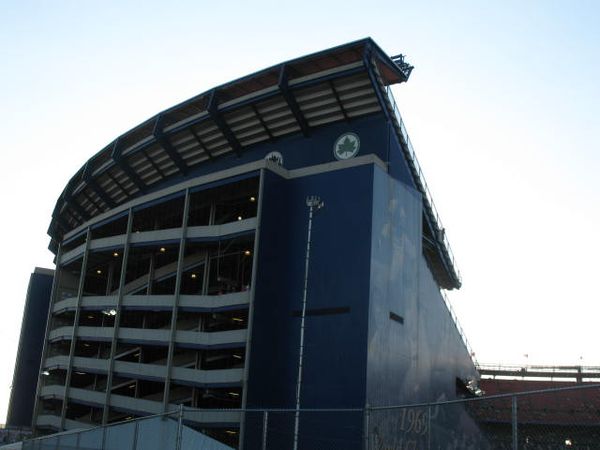 Pretty crowded with Mets fans who are a quiet sort. Bill noticed that. The Yankee fans are louder and more rambunctious. Mets fans are more well behaved and loyal but not rabid. We walked off the subway with hundreds of Mets fans. We missed the National Anthem as we climbed the escalator to our seats. Got some 2 hot dogs and a beer and the total was $20.00/ $8.50 for a Budweiser and $4.50 for each hot dogs.

Vendors now expect a tip. Give them a twenty and they ask how much do you want back. I suppose they earn it for lugging beer and hot dogs around so an extra buck or two is a nice gesture. It really makes a difference to see a baseball game live as opposed to watching it on TV. The excitement of the crowd, the whole atmosphere beats watching a game on a box. 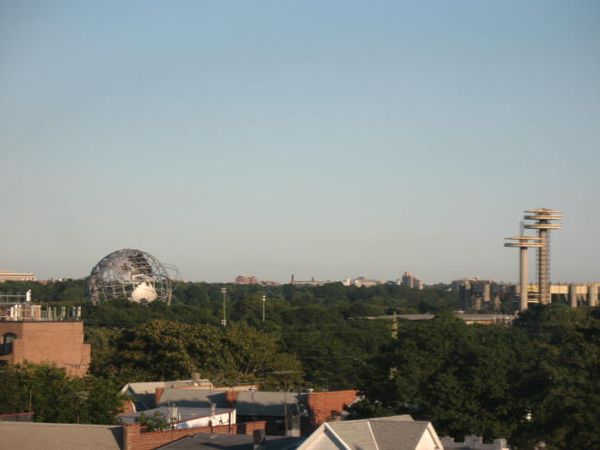 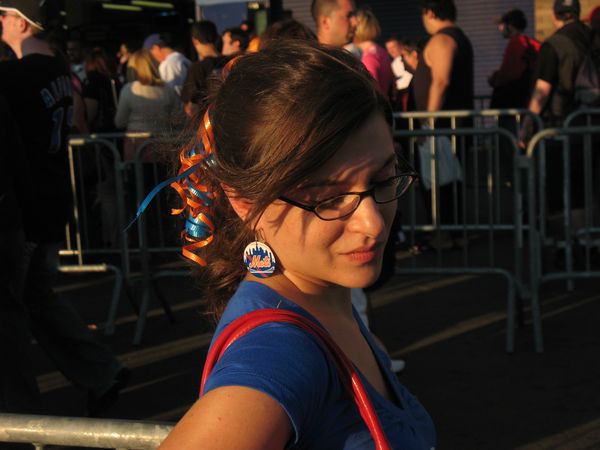 Our seats weren’t bad, we were in the upper tier. It was cramped in our row and since no one was sitting behind us we climbed back and were able to stretch out a bit. The Mets were playing against the Houston Astros and they won 3-0 which definitely made everyone happy. 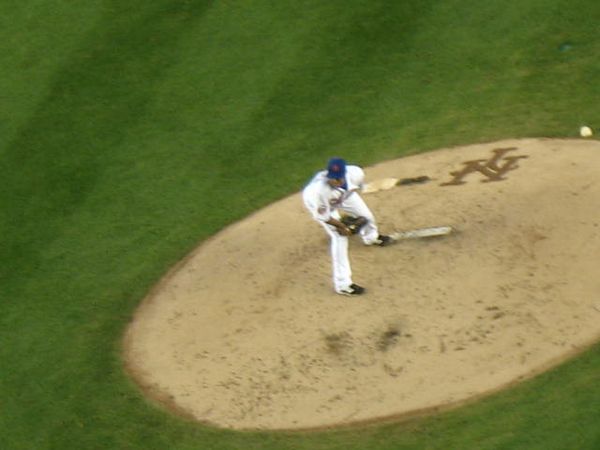 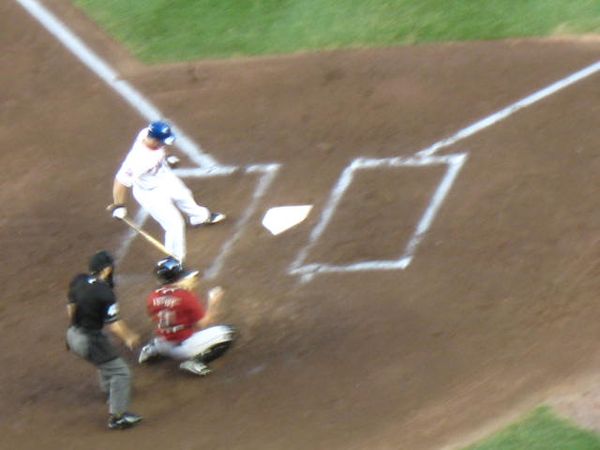 I took a snapshot with my camera phone and sent it to a few people who basically all asked the same question, ‘Where are you?’ I sent a pic to Pedro who couldn’t believe that I was at Shea Stadium. He said he was at Shea too with some corrections officers (CO’s) he works with. 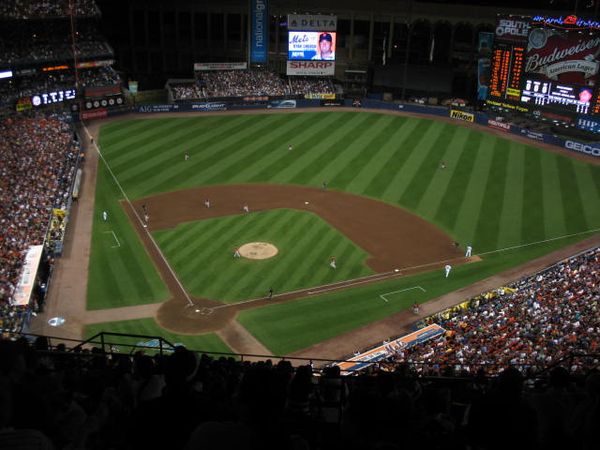 After the game we wandered around trying to find him and his buddies but to no avail. He jokes around like that with me from time to time and after a while we gave up at my insistence. We did talk on the phone but he kept hanging up and thats when I gave up. 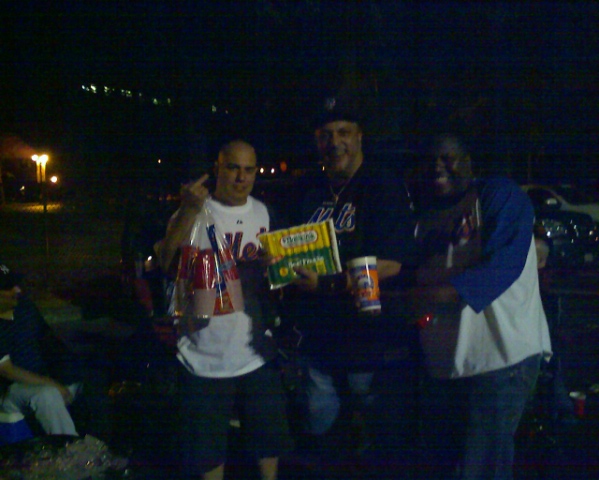 He sent me 2 pics that could have been anywhere and it wasn’t until I saw them on my computer did Bill tell me that he was in the parking lot as Bill could see the 7 train behind the CO’s. I didn’t believe Pedro and he called me a jackass and a jerk.

It would have been a strange scene anyway since the CO’s are mainly right wing reactionaries. And Bill and myself are, well… Bill and myself. I told Bill that we might have been shanghaied to a strip club if we met up with the CO’s.

Took the bus home, happy and cozy with each other and made it to Hoboken safe and sound were we both slept really well. I woke up around 8:00, went out got papers and bagels and had breakfast while waiting to hear from Chaz. 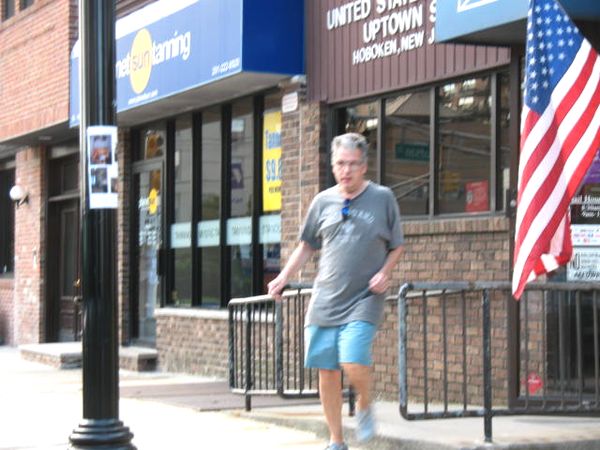 We planned on going down the shore to Sandy Hook. Chaz called around 9:00 and by 9:20 I was in his car headed down the shore. Wide range of topics we talked about, no music, but talk about music.

Some traffic but not too bad and we were on the beach itself a little after 11:00.We found an area with not too many people around but as the day progressed more people showed up and sat around us. 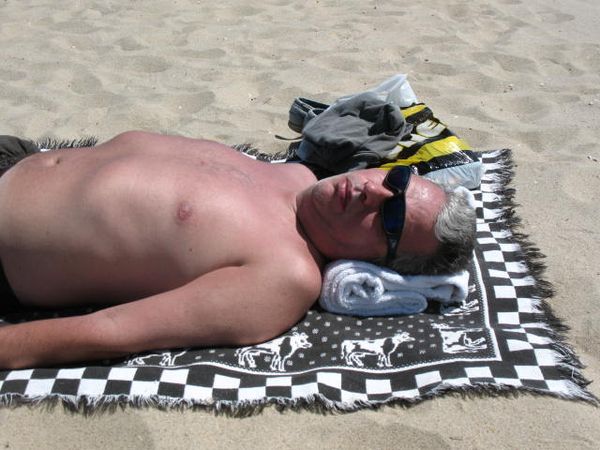 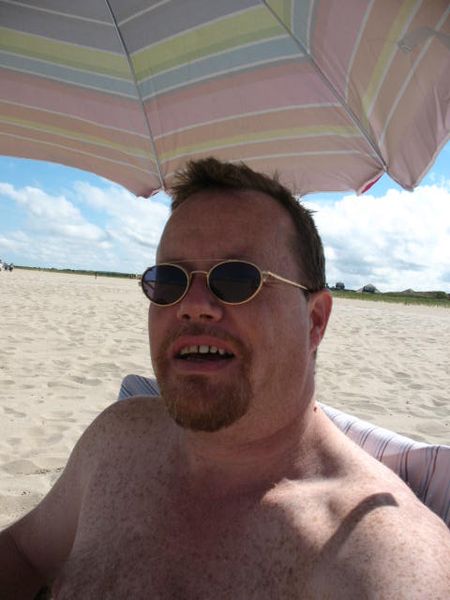 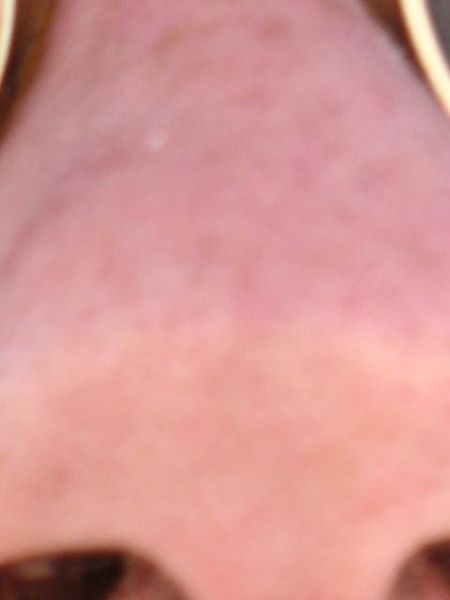 Chaz made some peanut butter and jelly sandwiches which were perfect and brought some baklava that his Aunt made last night. Played some Frisbee and I have to admit Chaz is a very good Frisbee thrower, and considering it had been over a year since I last threw I wasn’t so bad either. I did take a spill in the sand which I thought was rather humorous.

After getting sweaty we jumped in the ocean which was a little bit dirty with some trash that Chaz had collected and gave to me to toss in the trash. Every litter/little bit helps. An enjoyable ride home, listening to music on the radio, singing along to I Am The Walrus and Superman by the Kinks on the progressive modern classic rock station.

Stopped off for way too much ice cream, yes there is such a thing. I followed Chaz’ lead and got the double hot fudge brownie sundae with whipped cream. Ugh. A meal in itself. 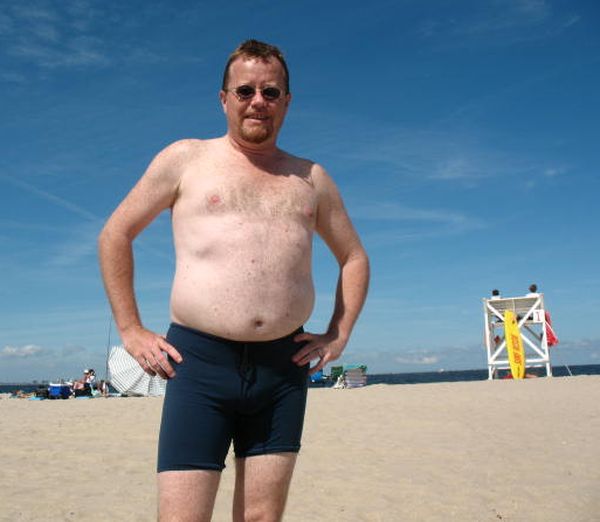 Now I’m home, watching the History Boys again since I chatted it up with Chaz this afternoon. If I see him tomorrow I should make sure to have it on me so I could loan it to him, with the latest Mojo magazine that I just finished. Also finished 2 short stories by Alan Bennett and promptly started his autobiography, Untold Stories.

So far so good.