It’s a lazy Sunday after having a blast on Saturday. On Friday night Bill and I heard from Rand and Lisa that they would like to hitch a ride with us to Lois and Fred’s wedding party. They also asked if Garry Rindfuss, another friend, could ride with us but Bill had rented a Honda Civic from Zip Car which would sit four people comfortably, and five people uncomfortably. Since it promised to be a five hour trip, two and a half hours each way, it didn’t seem likely that Garry could ride with us.

Bill went to sleep early Friday night, I went for a walk, dropping off dvd’s at the post office and walking around town, smoking a Padron and watching the revelers lined up outside of various bars on Washington Street. Sat on the front stairs with Julio while I finished the cigar, the two of us talking which we haven’t done in a while. It was still pretty warm out, no breezes on Park avenue just as there were no breezes by the river.

We mainly talked about plans for Saturday, he working in West New York and helping out his sister’s husband, and me heading upstate. I was soon fast asleep after seeing Julio off on the third floor. The next morning, Bill was up and out at 6:00 to get the car and make sure his mother was going to be alright for the day.

I was out doing the Saturday morning thing, and home in time for a nice breakfast before heading out at 9:00 meeting Bill on the street outside, then heading over to pick up Rand and Lisa. It turned out to be a nice enough morning, as we headed north. I brought about 20 cd’s since the car was not iPod ready, but Rand bought an adapter and we were able to play my iPod as well as Rand’s which I asked him to bring for backup while I DJ’d.

It was a fun ride up, I was playing the role of the music selecter and Rand was the navigator while Lisa was the shining star and Bill the pilot. We harmonized to Queen as well as other selections. You’re My Best Friend and Bohemian Rhapsody were smashing. After a leg stretching stop in Roscoe, NY were were soon in Walton after passing through a major thunderstorm for about 45 minutes.

By the time we got to the Rainbow Lodge, it’s was blue skies. We met John Hamilton as well as his two sons, Jasper John and Henry James. Great names for the kids I think. John’s wife Donna drove up a few minutes after we did with Lois who looked beautiful in her wedding dress. John played the Wedding March on electric guitar, adding some Jimi Hendrix like effects.

I video taped it but somehow it didn’t come out. Luckily Rand who was officiating the ceremony was shooting it so that will hopefully turn up later. I don’t know how I lost it, but it must have happened during the transfer this morning. Fred looked great in his creme colored suit and tie with a snappy haircut, the perfect compliment to the bride.

Soon we were all in the lodge after the ceremony on the dock. Instead of rice, we were given bubbles and trout food pellets since the pond was stocked with fish. I started DJ’ing with Enjoy Yourself by the Specials, I Do, I Do, I Do by Abba and the stereo backing track of God Only Knows by the Beach Boys.

I was able to handle John Hamilton’s PA system and occasionally alternated with Rand’s iPod, ultimately finding it easier to just use my iPod. Still it was good to have Rand’s iPod there. I played the first dance for Lois and Fred, David Bowie’s Rock and Roll With Me from Diamond Dogs. I selected the music and ran back and forth to the table where I could have a few bites before heading back to the music setup.

I thought I was doing a good job, but according to some of the other party guests, the music wasn’t up beat enough. So I played Get Down Tonight by KC and the Sunshine Band, an all time favorite but it seemed nothing I could play could raise most of this crowd off their seats. Regardless I made sure the people I knew enjoyed themselves.

The song that actually got people up turned out to be Ca Plane Pour Moi by Plastic Bertrand. Followed that with an extended version of Kiss by Prince. Time flew certainly since we were having fun and before anyone realized it was nearly 5:00 and the Rainbow Lodge had to turn over into a restaurant once again.

John and Donna invited us to their house a few minutes away so we followed Jane in her car. John and Donna have a beautiful house which they maintain for the summer. So many inspirational things to stimulate Jasper and Henry’s imaginations. Jasper’s quite an artist and designed the cover for John’s book, Music, Madness, and the Unworking of Language.

Jasper is 11 years old and is known to filled up countless notebooks with his drawings. It’s actually John’s second book, the first was published in 2003, called Soliciting Darkness, a book on the poet Pindar who I had never heard about until I just looked it up in my library system.

A few more guests arrived at the Hamilton abode, including Fred’s mother and his best man who’s name I can’t remember. Chips and wine and some beers were served with Bill and I smoking cigars and John smoking his pipe.

It had been a while since I had been with John and Donna end it was really a wonderful time being with them and their boys. They’ve invited Bill and myself as well as Rand and Lisa to dinner when they return to the city. John is currently a professor at NYU. Prior to that he taught at Harvard and now Harvard wants him back. An enviable position to be in.

Bill mentioned that we had to get back on the road, another two and a half hours ahead of us. After being escorted out by zombie Jane we were on the densely fogged highways back to Hoboken. My harmonizing on the way back wasn’t as good as it was in the way up, but I hung in there singing along to As by Stevie Wonder and You Won’t See Me by the Beatles.

As usual, coming back from such a wonderful time with friends, away from the usual spots makes Hoboken look so dreary even on such a sunny day as it is today. Ob La Di, Ob La Da. 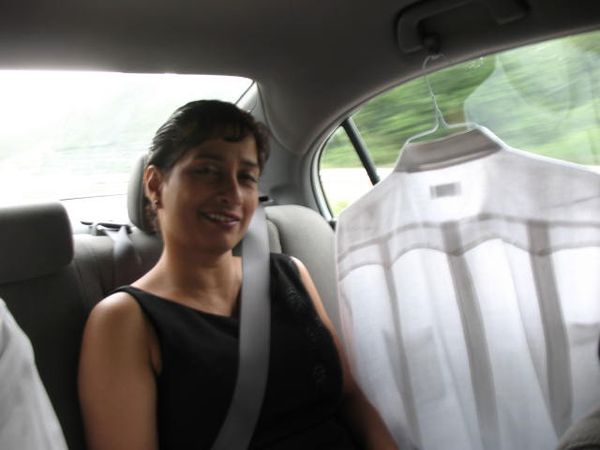 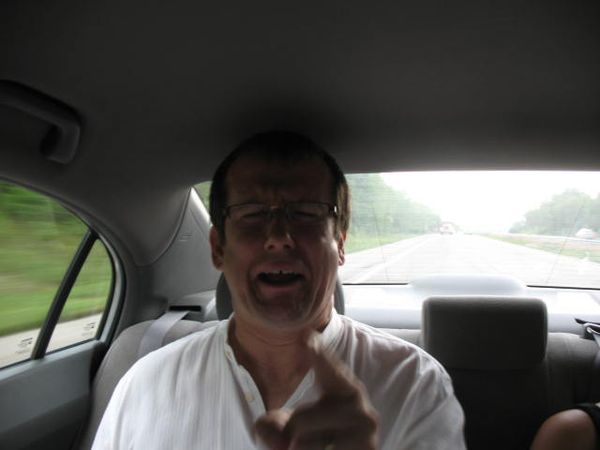 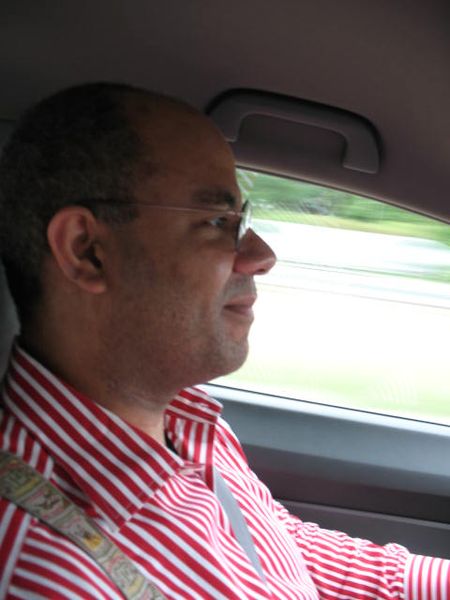 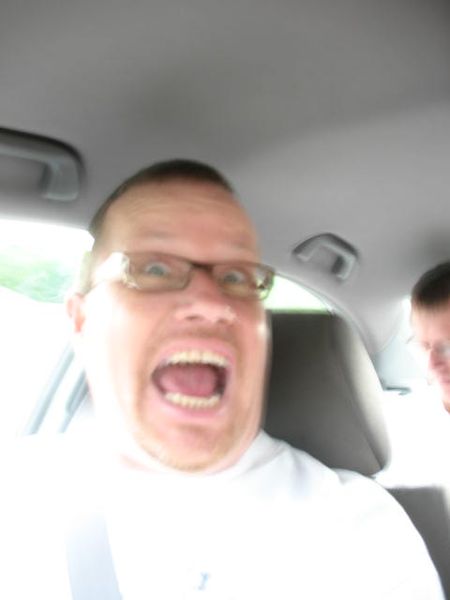 Rand and I reflected in Roscoe Diner 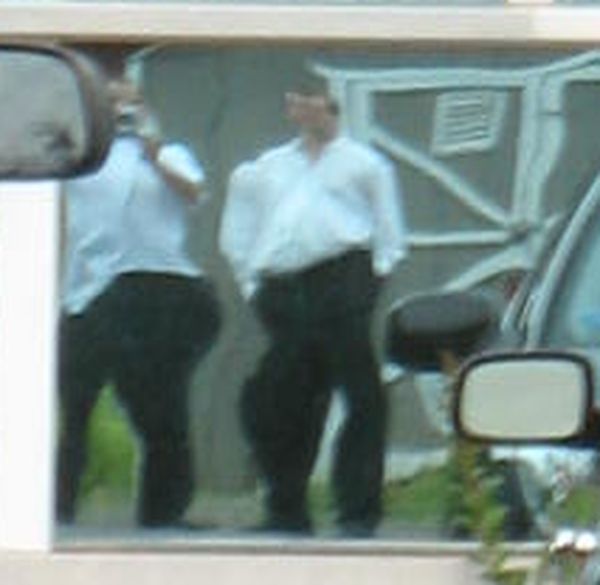 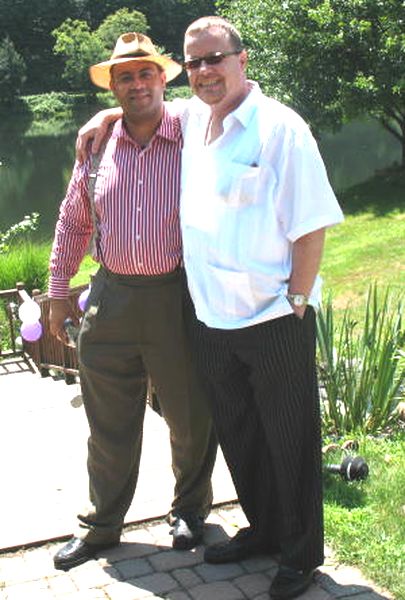 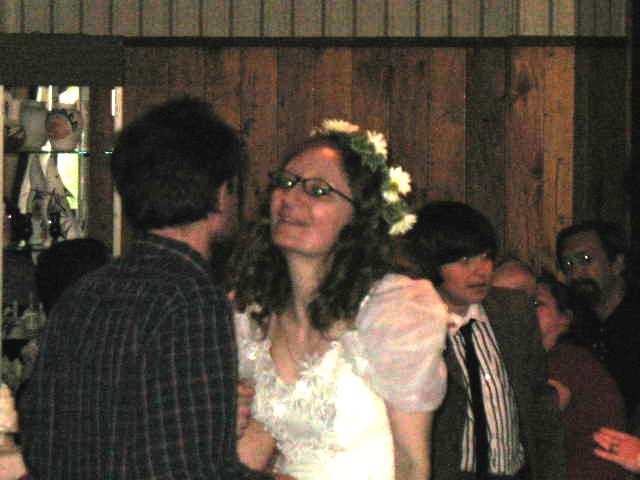 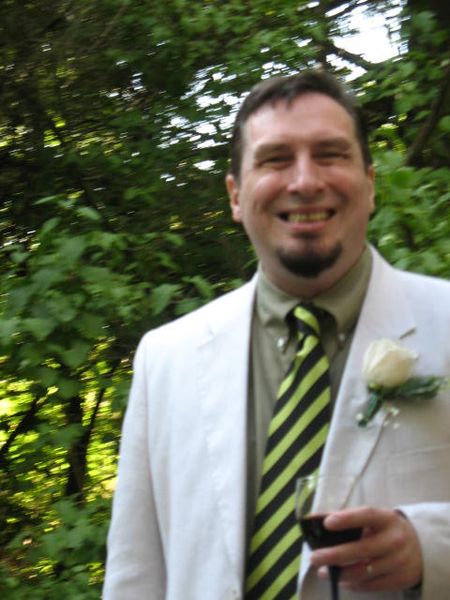 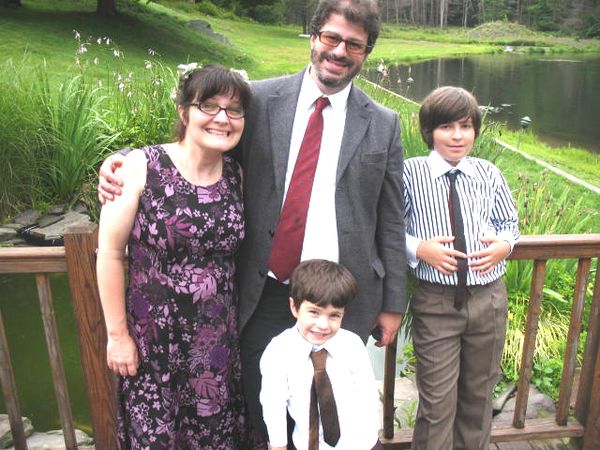 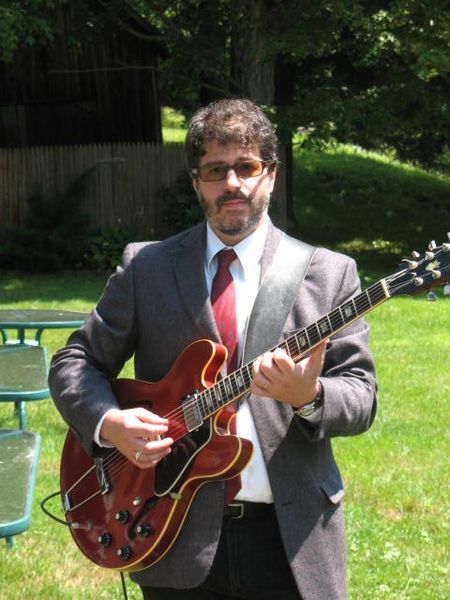 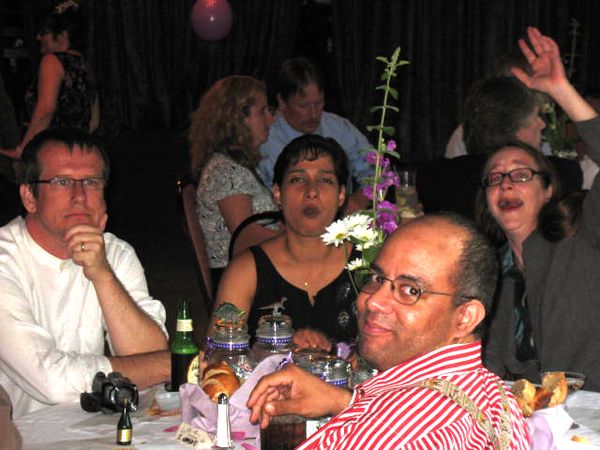 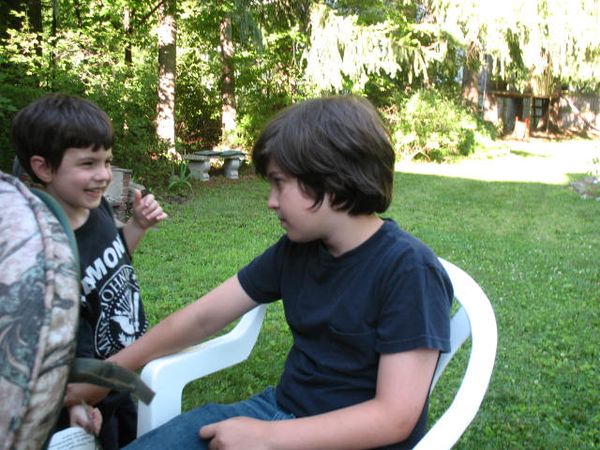 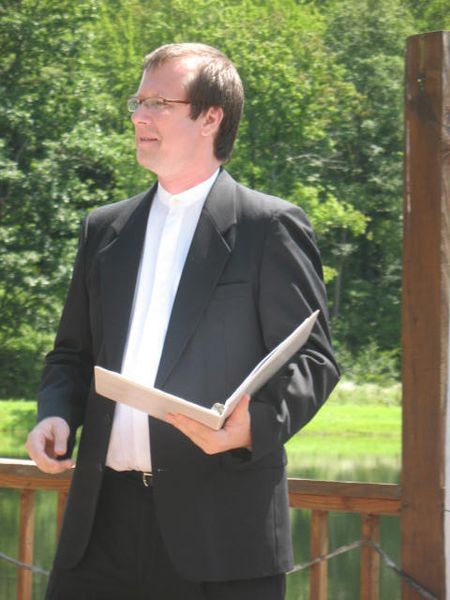 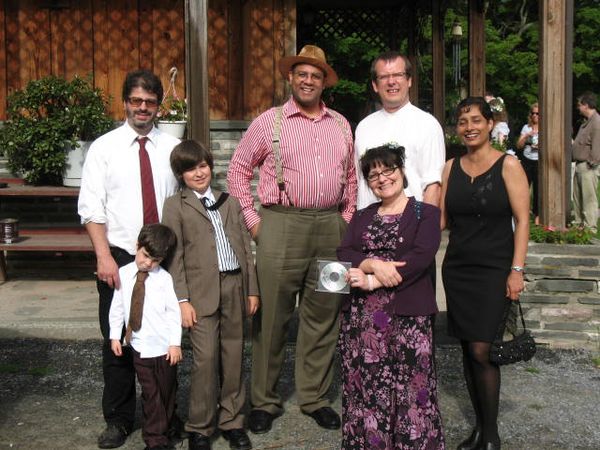 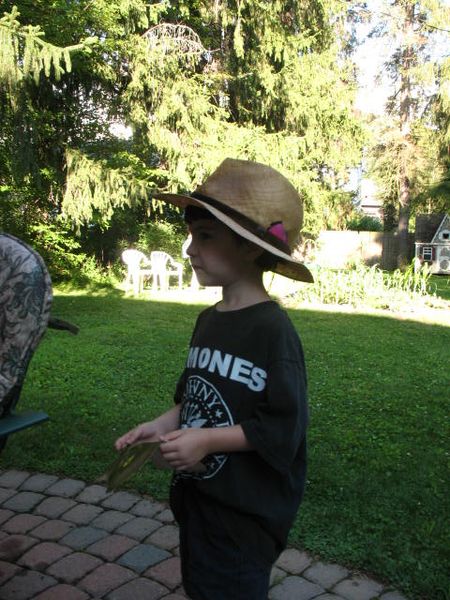 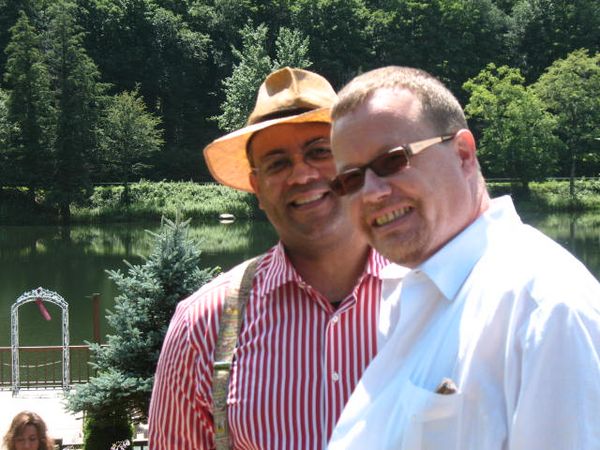