A beautiful day, gorgeous summer day, sun shining, a nice breeze. I went to work today, much to the surprise of everyone. Least of all myself. I wasn’t at 100% though. Last night I had a temperature of 98.8, or 98.4 which I though was close enough. After a night of uneasy sleeping, just couldn’t find the right groove I suppose. I did not heed my own advice, which is to get out of bed and do something else until you get tired.

So I laid in bed trying to get comfortable which I eventually did. Last night I actually ate some leftovers from Sunday which proved it wasn’t my cooking that made me sick. No one accused me of such a thing, but I was hungry and decided to find out for myself. It was the first actual meal that I had since Sunday and it didn’t make me sick.

Bill came home last night carrying juice which is the main drink of choice these days and we watched Keith Olbermann which we both seemed to be addicted to, despite the tone of his voice. He sounds like a sportscaster, and I don’t watch sports so I don’t get exposed to sportscasters often. I think he sounds like he’s bellowing all the time and his gushing over his friend, Jason Bateman last night was weird. He mentioned a few times, his friend Jason Bateman. I just hope Olbermann doesn’t get too smug though he seems to be leaning in that direction.

Been watching Weeds again and that’s been fun. So far 2 episodes and I don’t think it’s hit it’s stride yet. Nice touch with Albert Brooks playing Mary Louise Parker’s father in law, as well as Justin Kirk’s father. Justin Kirk rocks, if only for Angels in America. Also watched Diary of a Call Girl which is edgy and fun and follows Weeds. It’s about a London based call girl. Blimey!

At work there were things piling up from the past two days. I was able to knock them out with relative ease. It was the errands that proved taxing. I took my time but still it took it’s toll. It was warm as a summer morning should be and once or twice I found myself woozy. I sought shelter indoors and relaxed for a few minutes.

That was enough for me though. I came back to the office and let Tom Chin know that I was going home early. I was able to leave at 2:30 having finished my tasks by then and took the Path home, knowing that at that time, it wouldn’t be too crowded and I would be able to feel some much needed air conditioning.

Haven’t put in the air conditioning here at home yet. Haven’t really felt the need even though there was that killer heat wave a few weeks ago. We have two fans near the bed which does the job and having a photograph taken with them usually keeps them quiet. Hopefully when they see they’ve been posted in the blog, they’ll be quiet for the rest of the summer. Smell ya later. 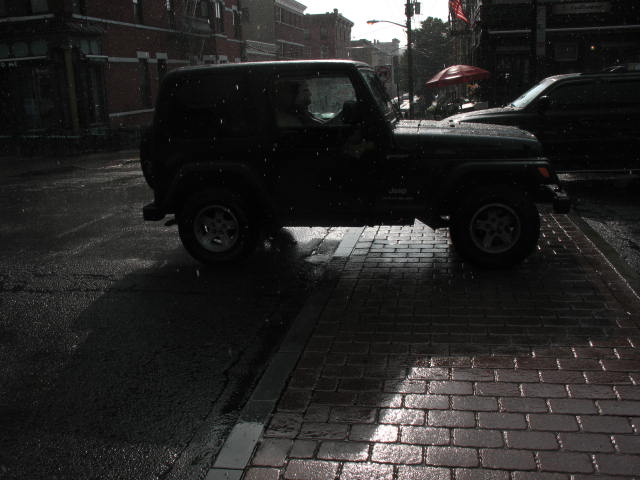 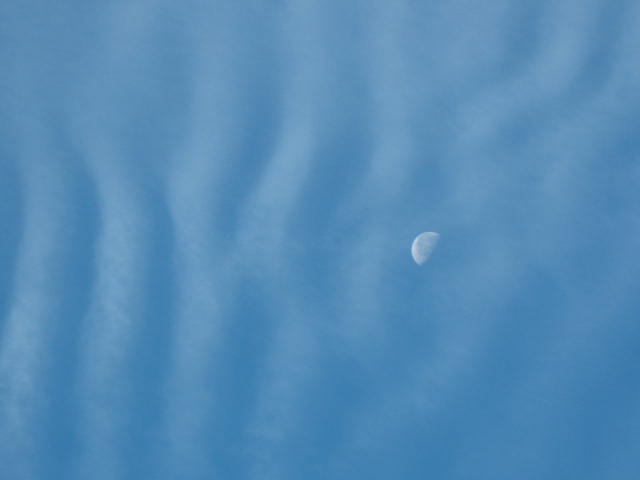 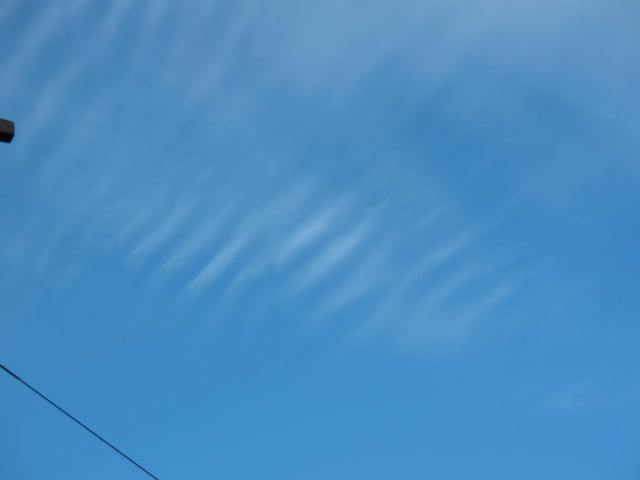 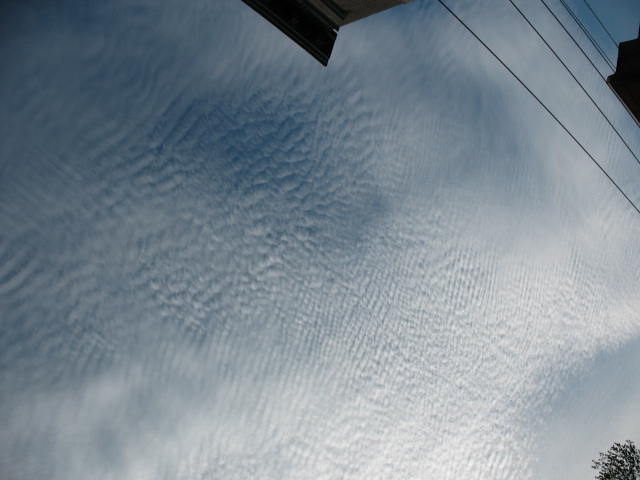 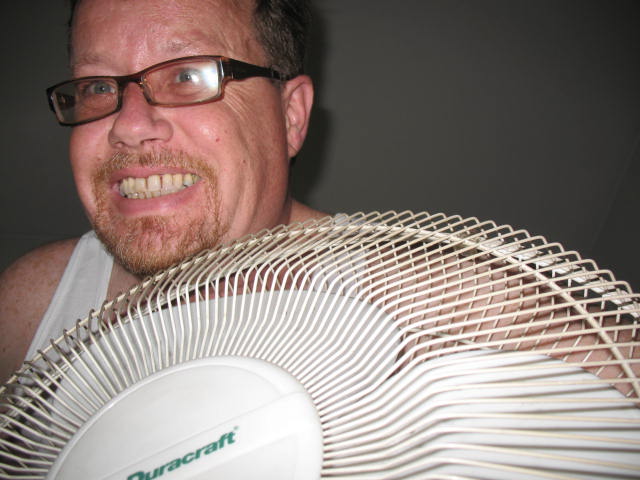 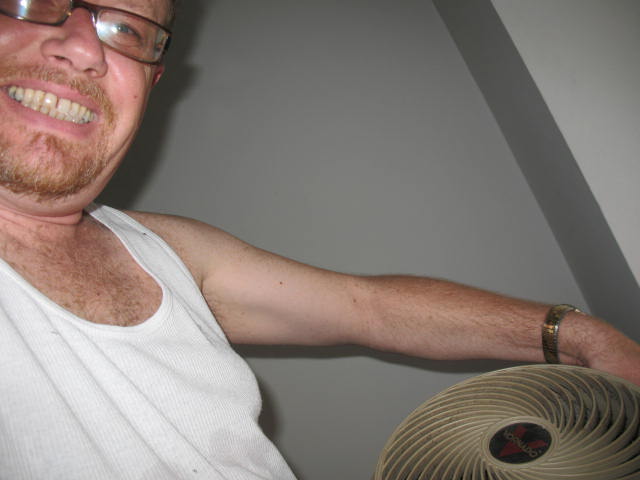