The gay agenda. Is there a gay agenda? The right wing thinks so. Perhaps since I am so out of the loop in gay culture I didn’t get my copy of the gay agenda and I can’t seem to be able to find a pdf online. I think there is a gay agenda though. The agenda is to teach in schools, that being gay is alright. It’s ok to be gay, lesbian, bisexual or transgendered (LGBT). That’s a long way from where schooling was when I was coming of age.

The way I was taught was what was being taught for a couple of centuries. It was extremely difficult for me at least. I had to learn to live a double life from about the age of 14. I only attempted to have a girlfriend (of the female gender) twice. One time was a girl named Donna Rinaldi. I went to grammar school with her and in my last year of school we went out, which meant we were boyfriend and girlfriend. We both liked each other very much, we loved pop music and had similar senses of humor.

Donna lived on the other side of town in Lodi, much closer to school. After the graduation parties petered out after a week or two I mainly stayed in my part of Lodi while Donna was in hers. I never really made much of an effort to go over to Massey Street and hang out. There was absolute zero sexual attraction. Not so soon after not really seeing each other we broke up over the phone. No distraught feelings involved, at least not for me.

I hadn’t hit puberty yet but I think on a primal level I knew I wasn’t going to be playing on Donna’s team. I last saw Donna a few years later. She was working at a Mini Mart in a Saddle Brook strip mall. I shopped there and we chatted. I wound up telling her a whole bunch of lies about my life for some reason and when I sat in my car I felt terrible. Terrible enough to go back in the store and confess that everything I had just told her was false. Whether or not it mattered to her, I don’t know, but I at least gave her something to talk about.

The other time I ‘went out’ with a woman was with a girl from around the block in Lodi that I also worked with at a book company warehouse. I had known Terri throughout my childhood and we hung out once or twice. It seemed to make sense to ask her out to a movie. I picked out the movie. Reds. Warren Beatty, Diane Keaton, Jack Nicholson and the Russian Revolution. It was three hours long. That was the night I realized that going to a movie for a date was superb.

So those two experiences were mainly stemming from peer pressure, more so in the summer of 1976. In 1981, it was less so, but I was still in the closet and subject to the perceptions of my peers. Putting up a front, then running around later on in crazy situations. A little bit of a Blue Velvet vibe, which for me is all about how things are very different right under the surface. Things would have definitely been different if I had the support that exists out there, mainly online.

I had a Catholic education and the subject of sex or sexuality was never taught. In fact in high school sex and sexuality was all the talk of the hallways but never properly discussed by the faculty. I went to an all boys Catholic high school, and out of 200 boys, I’d say there were only 3 other gay students. And we didn’t flock together at all. We were chameleons.

The percentage might be higher as I’m only thinking of the fey students that I went to Paramus Catholic Boys High School with. Nothing sexual happened to me there though there were one or two teachers that I had pined for. Lay teachers, not any of the clergy. A bit swish for my tastes, the robed Brothers were. I did run into a school administrator in my last year at a certain cruising spot. Nothing happened. It was a heart stopper for the both of us. All that was missing was Larry Craig, but he may have been stalling.

So the gay agenda is more about support, letting a kid know it’s ok to be who they may be. Is it a losing battle? A lot of the opponents speaking of the gay agenda as if they wrote it, (ala The Protocols of Zion), get their information mainly from a book written by a group of people living in the desert thousands of years ago. That is their source, a book that was edited and reedited over and over. They don’t think about editing and who really does? When you’re reading a book, you don’t necessarily say, ‘What a good editor’, though unless you’re in the publishing world you might.

Just something that I was compelled to write. This is the second post of the night. The first post follows.

I just took this a few minutes ago 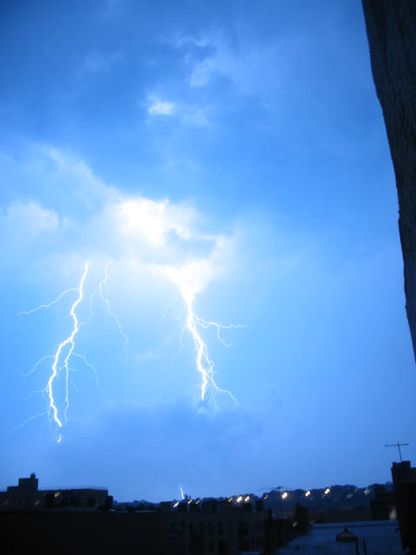 Another scorcher. The hottest spring I have ever seen. That might be because I’ve never been to Hot Springs, Arkansas. This afternoon when coming back from lunch, a young woman gets in the elevator, it’s just me and her. She says, ‘It’s so hot all I want to do is sleep.’ I say, ‘I hope you have air conditioning’. She says that she does. I tell her, “I only sleep with two fans and they’re so annoying, always bothering me for autographs.’ She just stares at me. I don’t think she got my joke.

A co-worker said she might have been hitting on me, which is entirely possible, and it doesn’t matter what sex is desiring me, I’m generally oblivious to that sort of thing. So hot and so tired I am. I’m drowsy and feel like going to bed as soon as I post this. That should be around 8:00 or so I guess. Too early for me I think.

Gate sale this weekend and I have still got to get my stuff together. I’m aiming for taking Friday off to prepare. We’ll see how that goes. Tomorrow I have to leave work early to go to the dental school and pick up the letter that my dentist wrote. I hope she wrote a good letter. Last night I finally watched the Roman Polanski documentary that I was looking forward to.

Of course, as soon as it starts the phone rings. It’s Harpy. I listen but it’s hot, my ear is sweating and I just wanted to watch this documentary. I got off the phone fast, hopefully not stepping on Harpy’s toes. That’s the last thing he would need, broken toes. Then we watched the last 15 minutes of the PBS gay magazine show, In The Life. The last part was all about the Broadway musical, Xanadu. It’s a musical based on the box office flop film of the 1980’s with music by the Electric Light Orchestra and Olivia Newton John.

It looks like fun and Bill expressed an interest in it. His birthday is coming up and I should look to see if I could get a deal. It may involve calling up an old friend that I hadn’t spoken to in a while, which would be awkward. I have to look into that. Jeezy creezy this weather is wiping me out. Bill’s home already. He left work early and came home and immediately went to sleep. Enticing.

Last night I whacked him in the face while we slept. He made some noise about it, and I apologized for it last night. I apologized again this morning and he forgot all about it. So I reminded him of my spousal abuse.

Work was slow again and I had to run an errand to get a new coffee maker for the office since the one we had went kaput this morning. I enjoy getting out of the office but in this heat it can be too much, no matter how many times I’m running for the shadows.