Right now, Bill and I are watching some nut climbing up the facade of the New York Times building at 40th street and Eighth Avenue. This is the second time today. Earlier there was a successful climb, here’s the link cut and paste at bottom. Presently there is a copycat. Someone perhaps inspired, more than likely deluded is climbing and at the 25th floor right now.

The first guy has done it before around the world with his message that ‘Global warming kills more people each week than 9/11’. This new guy seems to be an amateur, climbing on a dare. Odds are against him and so is gravity. A half hour later, he’s been arrested which is a lot better than falling 52 stories to your death.

It’s been an odd day. Not a bad day just things were a little bit weird. Lot’s of cute guys out though. Saw a few fellow cigar smokers which is always a nice sight and smell, for me at least. I do enjoy the smell of a good cigar. The stopped broadcasting the rogue climber outside the New York Times so we don’t know how this sucker will turn out. I’m just glad my palms stopped sweating, so great is my fear of heights. Makes typing difficult.

Last night I watched Repo Man. I hadn’t seen that movie in something like 26 years. Still a very good film, very fast and as Harpy told me ages ago, it’s the only film where the end credits descend rather than ascend. Emilio Estevez was so cute back then and the soundtrack is still great. Definitely worth catching again if you get the chance, or see it for the first time.

They just broadcast that a flight from La Guardia to Charleston SC was $138.00 a year ago, now it is $604.00. I ain’t flying anywhere this year. That is just too crazy. A few airlines are expected to go out of business this year adding to the 22,000 employees laid off so far already in the past 6 months.

So much stuff online today regarding Obama being the presumptive nominee. I spoke to the bookkeeper at work about it. She’s a democrat and for Clinton, likening Obama’s success as Clinton training someone new at a job, then the trainee gets the promotion, leaving the trainer behind in the same position. I kept my mouth shut and didn’t want to get into a discussion about her point of view.

Some Clinton supporters are saying that they would vote for McCrazy rather than vote for Obama. Yes, that would be a brilliant idea. Women, surrender their reproductive rights, people of color prepare for more cutbacks and roll backs, poor people too and gays take more steps back and strap yourselves in for the war without end.

Here are some snaps from this afternoon, followed by a video from 1987, A Spaceman For All Seasons which is worth watching.

Waiting for that Specials reunion 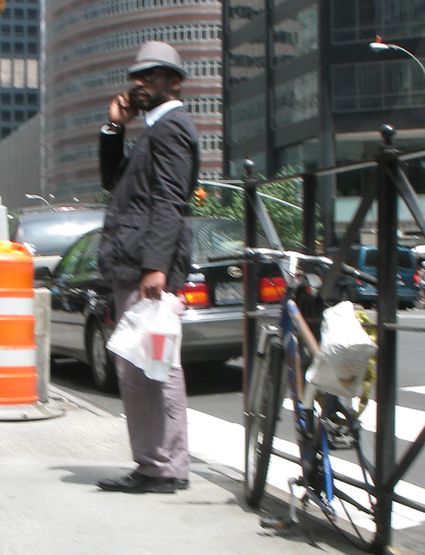 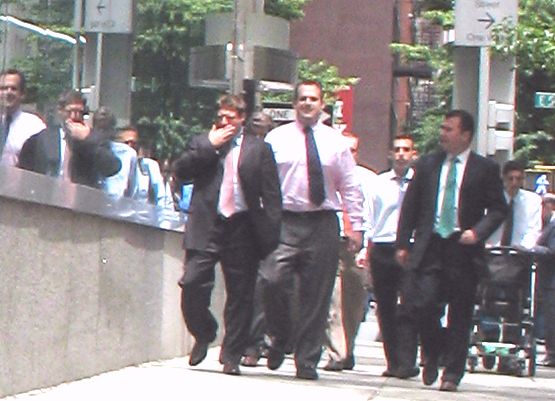 ‘Yeah I work for the linen supply business. Whats it to you?’ 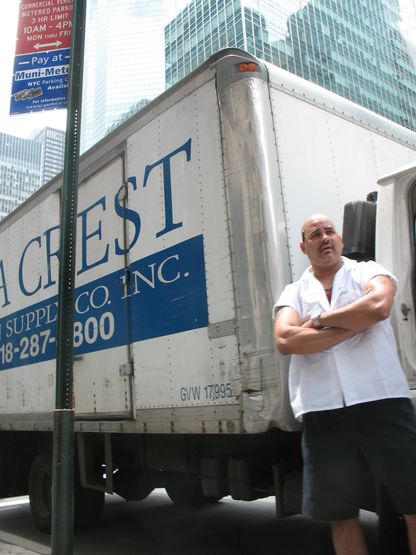 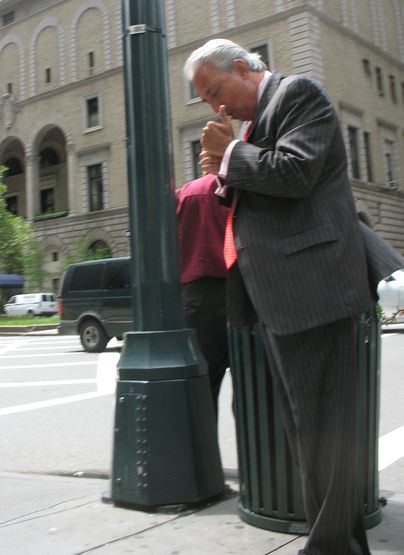 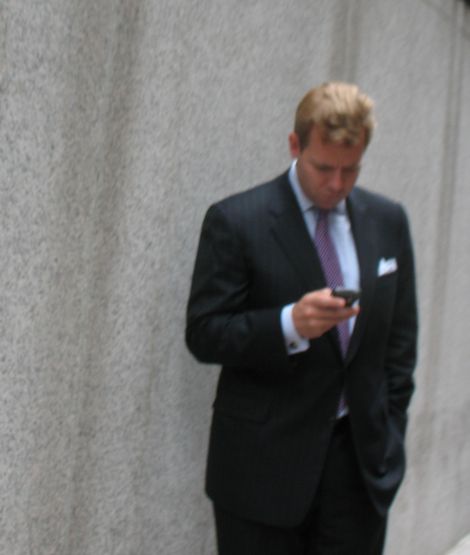 Photographers get paid a lot for a shot like this 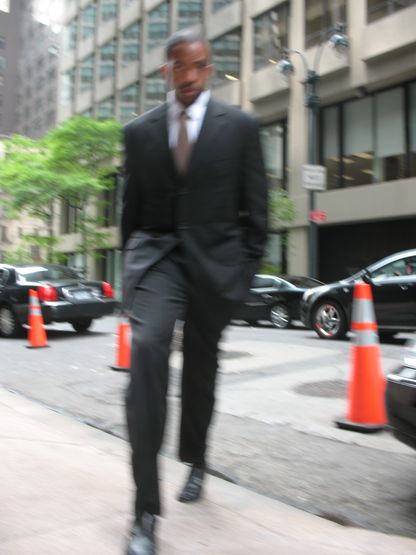 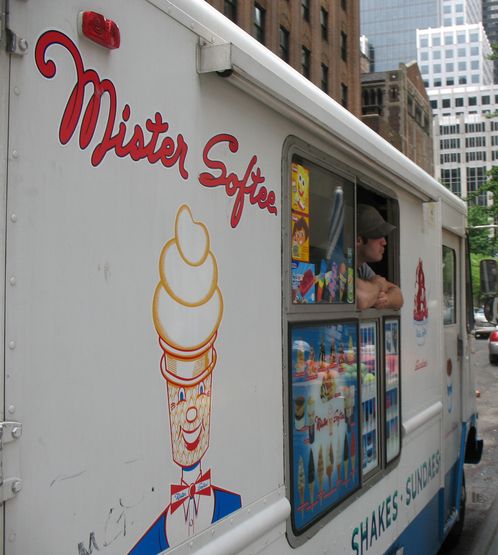 ‘Ha ha you got a lucky ho!’ white t shirt actually was saying that. 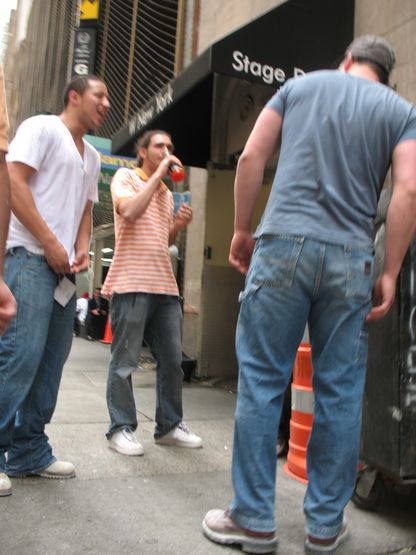 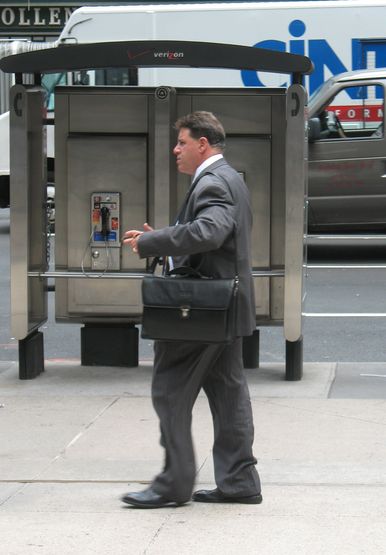 Double double breasteds on the runway 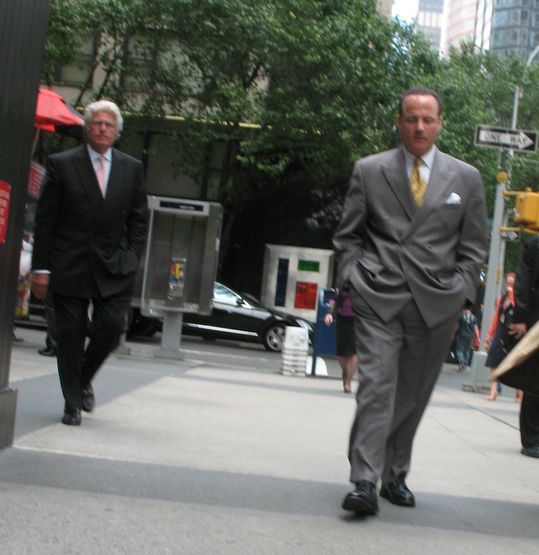 and from 1987, A Spaceman For All Seasons