A very mellow day. Presently watching a documentary on the Hippies, narrated by Peter Coyote, former Digger and the go to guy for narration duties for this type of thing. It’s not the ‘everything was great’ documentary, it’s more like “look it had it’s dark side.” I’m not really paying much attention to it. It’s rather bland and it’s nothing I hadn’t heard before. Last night was very quiet, didn’t do much of anything.

Juan called at 11:30 wanting to go out, and I told him that I would need a little more time to prepare, and Saturday Night Live had started, so I was basically in for the night. Fifteen years, while living in Weehawken I would wait until midnight on Saturday nights, phone in my unemployment claim then walk down to McSwells where I wouldn’t leave until after closing and somehow make it home usually by taxi, or depending on the kindness of strangers.

Now, I’d need enough notice, a disco nap and probably some Red Bull just to get me out the door. Juan did go out, solo and was the belle of the ball from what he said. I probably would have maintained my persona non grata status. Just as well that I didn’t go out since my niece Meghan and her husband Rob were participating a 5 kilometer run in Hoboken.

I found out last night with Meghan calling me. Last year she called me an hour before the race and I went, but this year I was able to prepare myself and have coffee and breakfast beforehand. This year, brother Frank, his wife Elaine and their other daughter Cori were able to make it. They called, wanting to come over to use the bathroom. I asked them where they were and they were closer to the train station so I steered them there and got myself together.

I met up with them on the street, Frank jonesing for an Egg McMuffin so it was off to McDonald’s for him while Elaine and Cori and I waited outside. Various families running off to early brunches and breakfasts for Mother’s Day, including McDonald’s. WE walked over to the river where there was a mass of runners waiting to start running. A couple of hundred I would say. They were soon off vanishing into the distance.

We sat on benches where Frank ate what turned out to be cinnamon buns, not an Egg McMuffin. The runners made their way back, Rob coming in 10th place for men and Meghan coming in 2nd for women. Meghan also received a trophy for her efforts. It was great to spend some time with the Garfield contingent this morning. Everyone seemed healthy and happy. Rob and Meg gave me a ride home with everyone headed back to Garfield.

I came home had some coffee and read the papers and I’m content. A very low key day is just what is needed at this point. No complaints, no stress. And here are some snaps from this morning’s activities. See you tomorrow….

Rob on the run 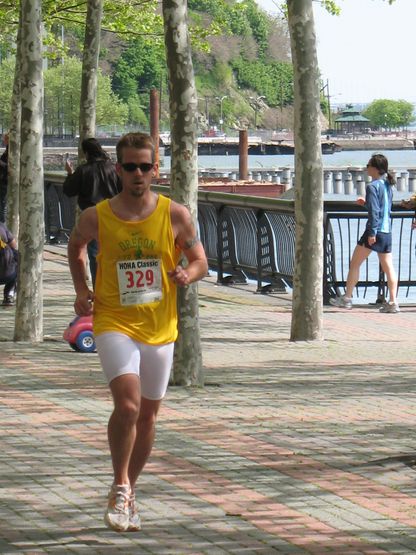 Meghan on the run 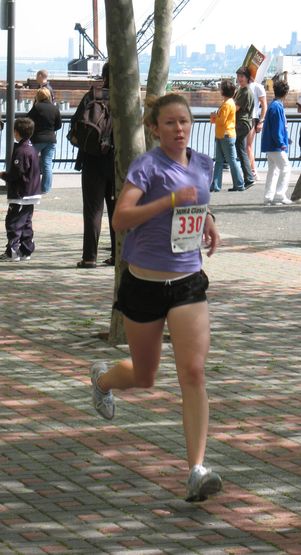 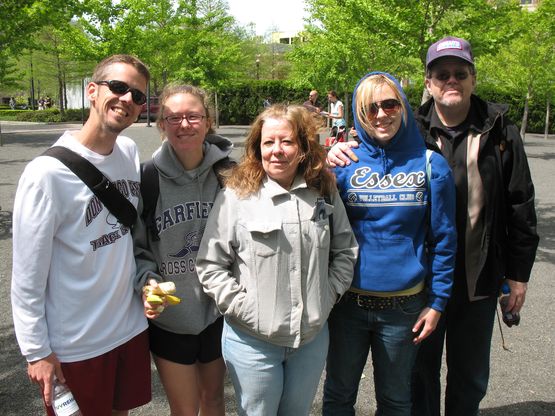 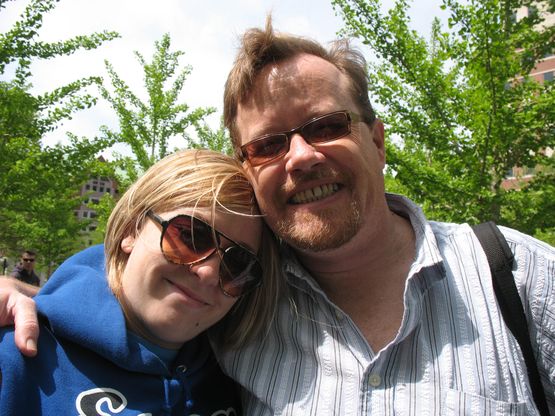 Meghan gets her trophy 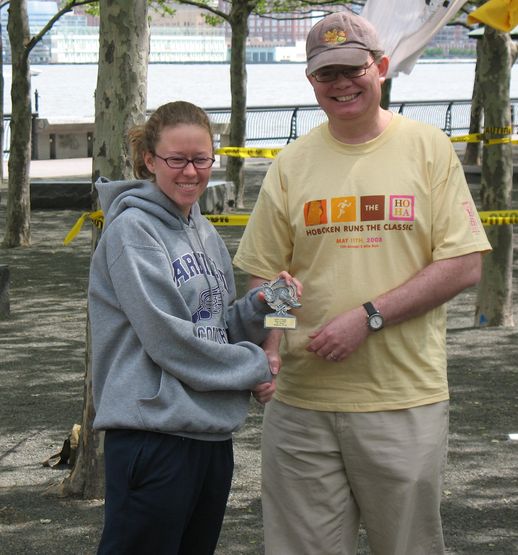 Me and the nieces 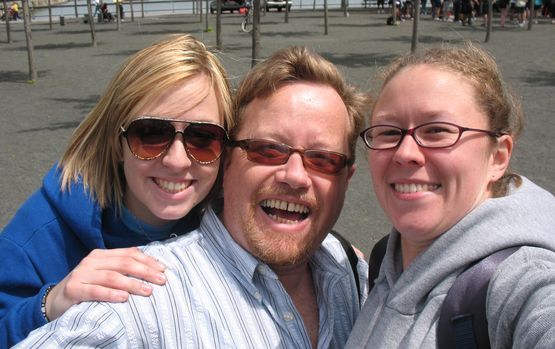