Well Saturday came and here it is. Turned out to be nice weather after a day and night of rain. Watched the TV last night, chatted with Juan before that. He made some suggestion about going out, I plead poverty. He lost his cellphone and doesn’t have internet where he’s been living at school. He did have a sketch of a plan to come up and visit his mother in Union City, so I told him to give me a call if he was in the area.

By 11:30 I was having difficulty staying awake so I went to bed, only to be woken by the buzzer at midnight. It was Juan looking to hang out. I was almost asleep and had to turn him down which sucked, but perhaps if I had gotten a phone call I would have made an effort. But he didn’t so I went back to sleep.

Then the phone rang and it was Bill calling to wish me a good night as well as tell me the latest tale of woe with regards to looking after his mother. I tried to reassure him that he should get some sleep and it might be better in the morning. When we spoke this morning things hadn’t gotten any better but they didn’t get any worse either. Poor Bill, at wit’s end. His mother can’t be left alone yet Bill has to get on with his day to day routine somehow.

I did my Saturday morning routine and shocked at what used to be cheaper a month or so ago has nearly doubled in price. Everything is getting more expensive. Even bagels which I now butter myself at home, thank you very much. Did the laundry, read the papers had breakfast. I also watched the Fantastic Four: The Rise of the Silver Surfer.

If you were a fan of the Fantastic Four like I was and knew the Silver Surfer saga you will be disappointed. A real must to avoid. Stick to the comic books. I still want to see Iron Man though, which would probably be the first time I listen to a Black Sabbath song with out the urge to leave the room.

Decided to head into the city after that. Took the Path train in and got off at Christopher Street which I hadn’t done in a long time, not in a year maybe. Walked around neighborhoods that were very different years ago. Favorite stores gone, even Washington Square Park is being redone. I think they were re-centering the fountain that used to be in the middle, a little off of center, which added to the charm but the new powers that be decided it must be aligned with something so now a good portion of the park has been dug up, behind fences and unaccessible. The Bottom Line is gone, Tower Records is gone, and we all know CBGB’s is gone too, and Washington Square isn’t the same. . 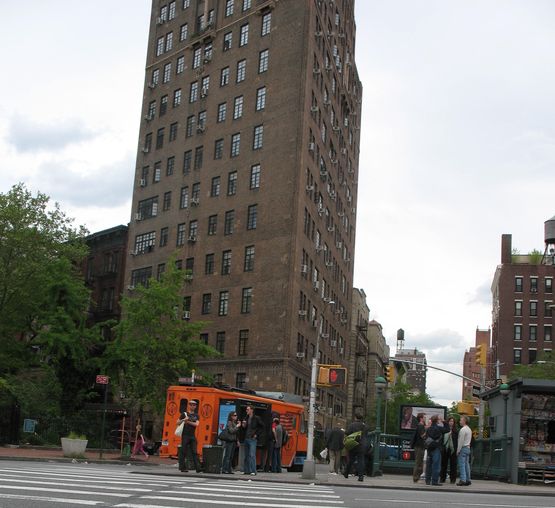 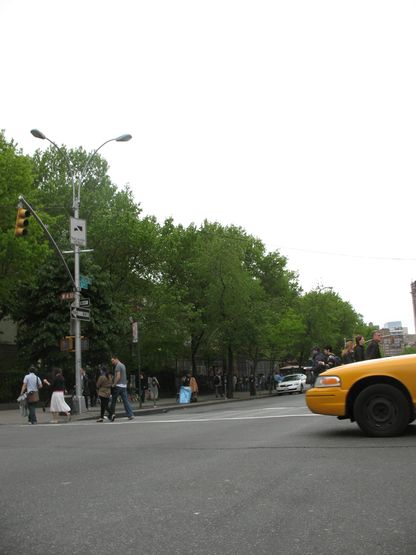 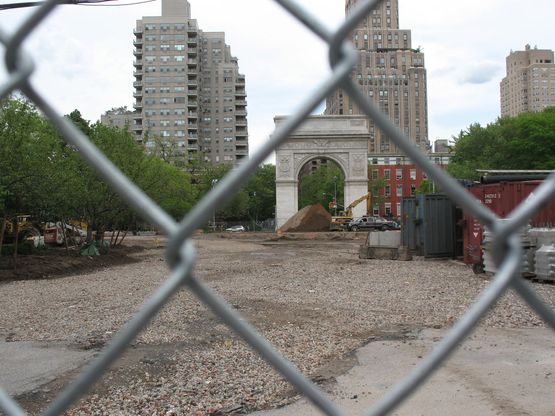 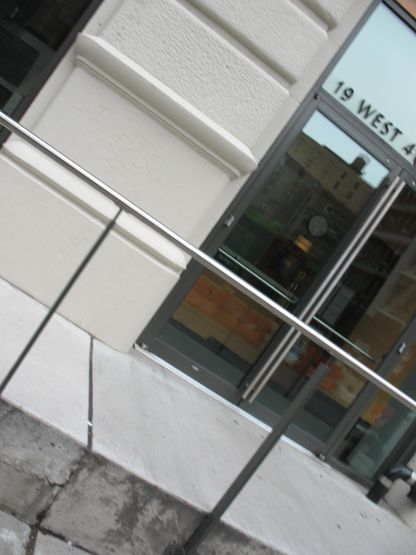 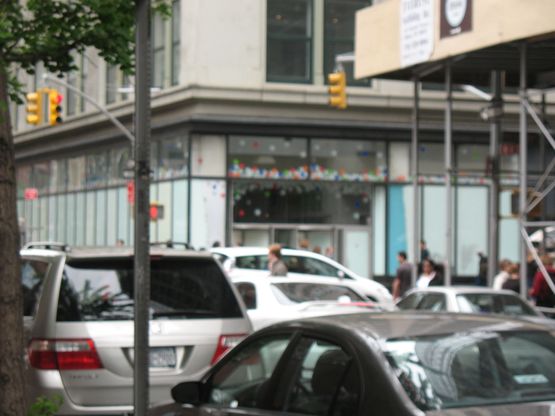 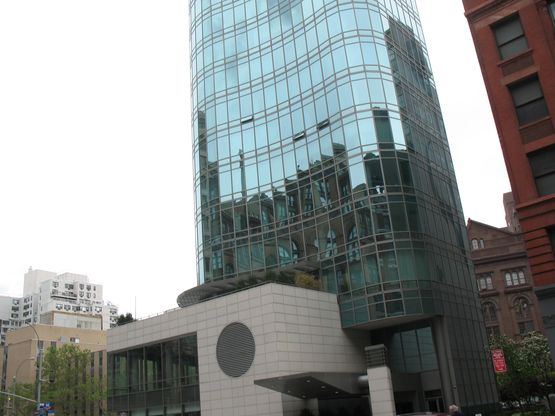 I walked up Lafayette Street, overhearing a conversation on Leslie Van Houten, one of the Manson Girls. Walked up to 110 Fourth Avenue which is where the best god damned card shop in Manhattan is, known as Farfetched. Farfetched is owned by Susan Zappone and Lois Marsilio, 2 old friends of Harpy’s that I’ve known about 10 years now. Farfetched is a fascinating store full of knick knacks and do dads and the occasional whatnot. Harpy was working with Susan and the atmosphere was full of happiness and good music. The customers were plenty and in need of a lot of attention, excepting the steadfast customers who have been shopping at Farfetched since 1945. I believe Harry Truman bought himself a picture frame on a whistle stop tour of Manhattan in 1947. Either Truman or Eisenhower, I don’t know, I could be wrong on that count.

Harpy and Susan at Farfetched 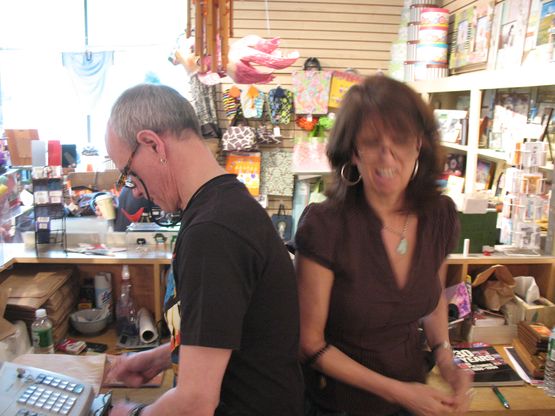 I then walked around a bit, chatted with Annemarie on the phone too near cell phone dead zones and avoided the recently infested with bed bugs, Union Square. I walked up Park Avenue, puffing on a Padron and listening to the B-52’s Funplex which gets better each time I play it and I’ve been playing it once a day at least. 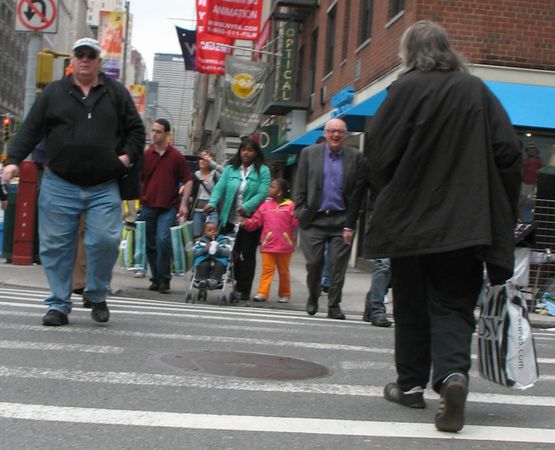 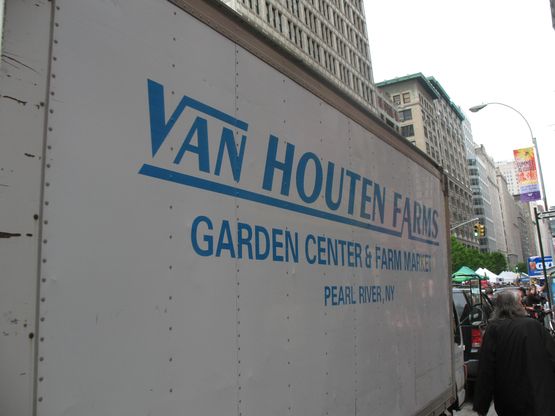 Walked up to 33rd Street so I could finish my cigar and get a seat on the Path train back to Hoboken. An uneventful ride with me reading ‘God is Not Great’ by Christopher Hitchens. Hoboken was busy, people walking up and down the boulevard and shopping. Since tomorrow is Mother’s Day, the card and gift shops were busy, which explains the busyness of Farfetched. 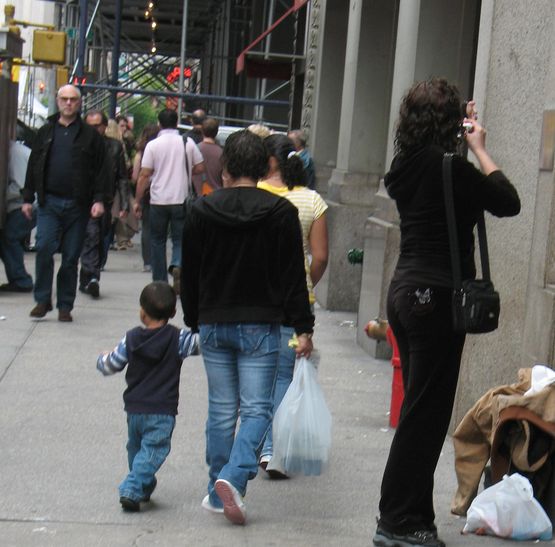 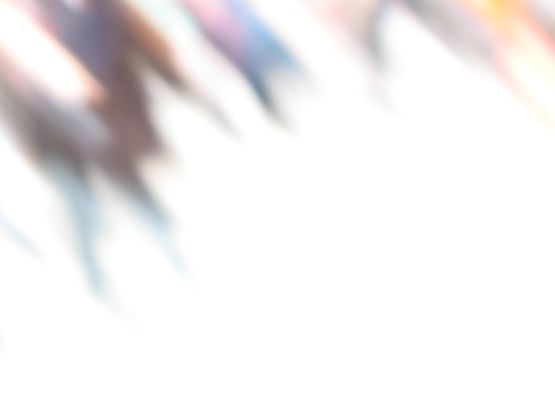 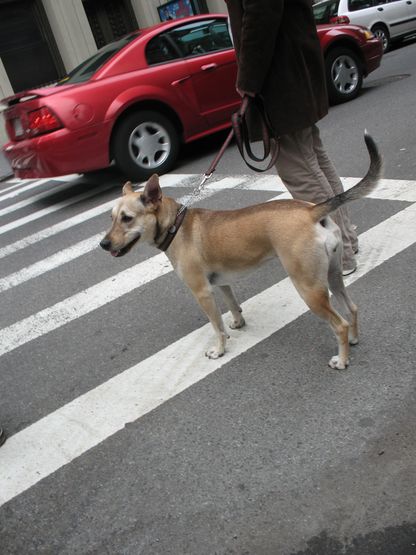 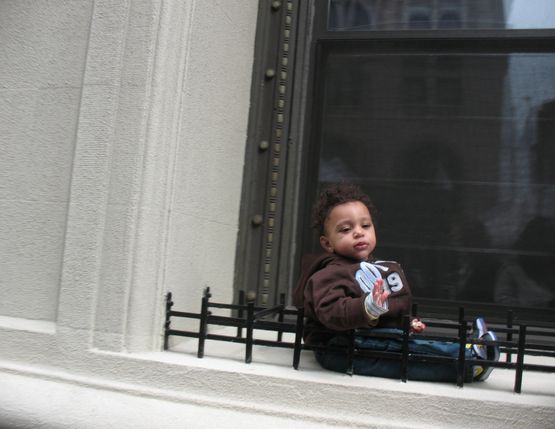 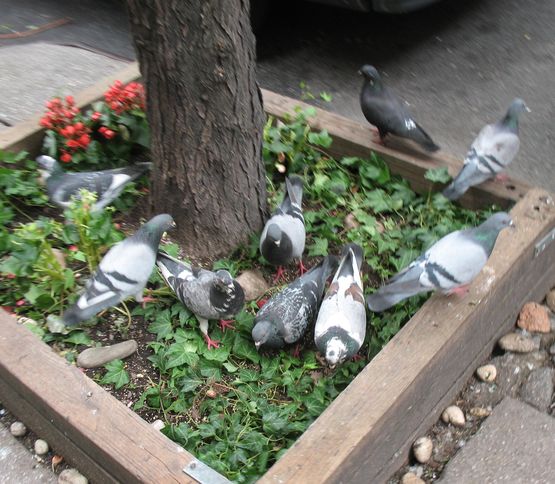 Got a call from Julio, he was out shopping for Mother’s day gifts and I shopped with him for a bit. Of course we hit the card and gift shops and after spending time in Farfetched I headed out to the street to wait. I ran into Steve Pierson a former executive director from my Wanker Banker days. He was with his wife Stacy and their darling daughter of 20 months, Abby. Steve is a nice guy, he grabbed my arm as I was headed out to wait and got my attention. He and Stacy moved to Hoboken a few years ago. He’s a really nice guy, a bit right wing but I don’t hold it against him.

Looks great in a suit and tie though, really woof. I did have a chemically fueled discussion over cigars and drinks (I was fueled he wasn’t) at a holiday party a few years ago. About Bush. He was for him, and guess who wasn’t? I think I’ve been proven right, but it didn’t come up. They left and I wished Steve’s wife a happy Mother’s Day.

Julio bought all the proper things for Mother’s Day, presents for his wife who’s a new mom, a card from their son for Mother’s day and as well as for his grandmother, Julio’s mom. Julio told me he was going to be an uncle, his sister Maria is having twins. Baby crazy I tell you. None for me thanks. 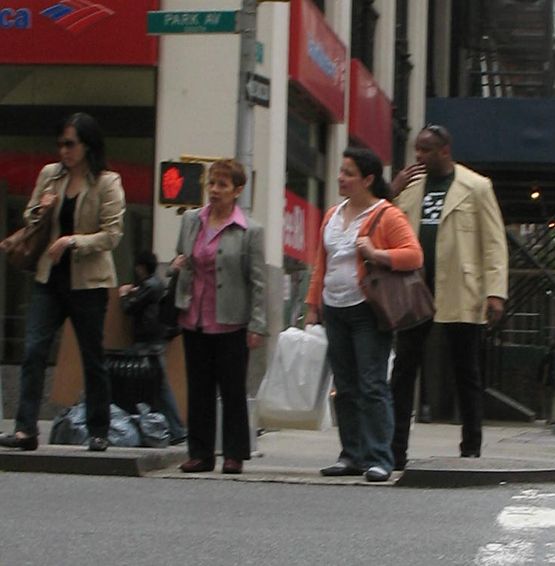