Well it was an uneasy night of sleep due to too much drinking and not enough eating basically. I had a mere sandwich before heading out which made things fun last night, but what a price to pay today. I’m better now, thanks for your concern. I’ve eaten and even headed out and interacted with people this afternoon. The sun popped out and I took advantage of it. Other than that, the sky has been the color of milk all day.

Did the usual Saturday routine without much difficulty. Watched a Bob Costas special on HBO this morning. Mainly about blogs, specifically sports blogs. One anti- blogger, Buzz Bissinger was foaming at the mouth, putting down the blog called deadspin by Will Leitch. Buzz came off looking like an idiot. It was reminiscent of when punk and new wave started and all the established artists were putting down. It’s the same but instead of musicians, it’s writers of newspapers who are putting down the blogs.

The establishment putting down anything new and different and in the hands of the masses. Admittedly, some blogs are lame (ahem), and some are fun and informative (don’t look at me, I’m neither) and some make lot’s of money (not me). But the established writers, and I think society as a whole, have problems separating the bloggers from the commenters. The guy Will Leitch, who wrote deadspin had a few comments that were rude, but he didn’t moderate the comments, and why should he? That’s what got Buzz Bissinger all upset.

The concept of DIY, or anyone can do it was troubling. I suppose there are some people that shouldn’t write, but I’m not going to stop them. I just don’t read them. There are some people making lousy music, but I’m not going to go see them. It was tacky to see Buzz Bissinger call Will Leitch ‘a Jimmy Olsen on Percoset’. And what kind of name is Buzz Bissinger anyway?

The only sport I ever participated in was Summer League Baseball when I was growing up. And I didn’t volunteer, I was drafted. My brother Brian’s friend Pete Frega was a coach and needed players and since I wasn’t doing anything I was forced into it. I hated it. No interest whatsoever, and probably laid the groundwork for my not being a team player later in life. I sucked. A fear of the baseball coming at me was sure detriment. I dropped out eventually not even knowing the names of my team mates.

Years later I did start a soft ball team, mainly as a way to get out of my father’s way on Saturday and Sunday mornings. That was actually the only excuse accepted. ‘Can’t clean out the gutters, I have a soft ball game.’ It was a rag tag team, all gathered mainly to have fun and drink beer. I would be up at bat determined to swing for the fences only to see the outfield moving in, sometimes only a few feet from the in field. Hopes were dashed but recovered by a cold beer after grounding out. Eventually my fun team was co-opted by serious players. I was moving beyond soft ball and hanging out in Manhattan by that time anyway. 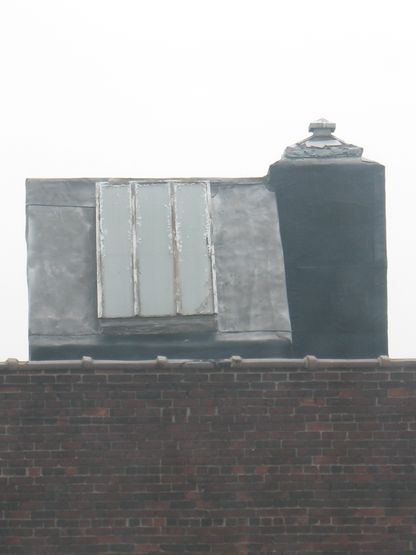