Man is it a dreary Monday or what? Warm, a bit but drizzly all day long. Perfect weather for a Monday. Last night was very mellow, Bill came home. That was nice, many tales to tell about what he’s been up to. He’s stage managing a play that opens soon. It seems to be going well. He made himself a nice pasta supper, I’m pretty sure he enjoyed it. He was nice enough to leave the pots and pans in the sink. I let them soak last night, and they were there, just waiting for me in the sink when I came home an hour ago.

I really can’t complain, since I can wash the pots and pans myself, and I’m sure I’ve done it myself at some point. Hey- if you want to use them, then somebody has got to clean them. That’s just one of the differences between Bill and myself. I can make a pasta dinner in one pot, and wash them immediately after I’ve eaten. I even prefer to make him his dinner since I can do it faster with more efficiency. But this is how it’s been and I’ve basically resigned myself to it. I watched John Adams, part four. Adams is being sent as an envoy to the Court of St. James, meeting King George III, Adams was accompanied by his wife Abigail. A few scenes with Thomas Jefferson last night as well. Jefferson is quite an interesting character.

Almost makes me want to rent Merchant Ivory’s Jefferson in Paris, starring Nick Nolte. Was never so inclined before, I guess it’s the influence of the mini series. Paul Giamatti is a difficult actor sometimes, though he’s excellent as John Adams. There was a scene in the show last night when John and Abigail were disembarking from a ship from England and there was fanfare to greet them. My first thought was that the crowds were there for someone else. But no, I was wrong. Who else would it be? John Adams was regarded as a hero returning. There was an interesting scene for Washington’s inauguration, Washington repeating the words of the Justice, and where the Justice was yelling the words, Washington, spoke very quietly causing everyone to strain to hear what he was saying. I doubt if someone standing next to Washington would have heard the oath of office.

It was similar to the Sermon on the Mount in the Life of Brian, though in that film, people in the distance, Brian’s crowd, kept mishearing everything that Jesus was saying, which was probably how it actually turned out. ‘Blessed are the cheese makers?’ ‘I think he meant all dairy products.’ Tried watching Tracy Ullmann last night, but sometimes I just don’t get her, or rather, I have to be in the mood for her. Forgot what we watched after that, obviously it made little or no impression.

Work was slow today and everyone was in. The company that had been leasing the office space with us cleared out. They’re still on the lease until next year but it was sad to see these people go. No heartbreaking sadness, just knowing the office will definitely be emptier without them. Moe came in today as well. Today was supposed to be his last day, but according to him, it wasn’t. He’ll be freelancing somehow and still in the office. He’s still the fast talker and a harbinger of doom. He was going on about how the partners were going to have to take a pay cut (?) and that heads will roll. He made a point to tell me that one of the heads wasn’t mine. But how much of what he has to say is bullshit? I guess time will tell.

Well it’s a chilly yet sunny afternoon in Hoboken. No Manhattan today, no thanks. No new York. Staying out, staying local, staying alive. Ha ha ha I’m staying alive staying alive. Pretty mellow. Last night I watched Wristcutters: A Love Story which I liked a lot more than I expected to. I’d give it four stars out of five. Patrick Fugit is the lead. I last saw him in Almost Famous, a five out of five stars movie. He played the Cameron Crowe character. He was adorable in that and he still looks good.

I won’t give too much away in telling you that the story takes place in limbo and all the inhabitants are people who killed themselves. Now that you know the premise I think it would be worth your while to check it out. Tom Waits is also in Wristcutters and that was fun to watch, though when Tom appeared I had to put the subtitles on so I could decipher what he was saying. I like Tom Waits. My sister was into him first back when he was on Asylum Records, but didn’t quite get his stuff. It wasn’t until I was sharing an apartment with Jimmy Lee that I actually got into him.

That was with Swordfishtrombones, Tom Waits first release on Island Records. Tom was producing himself and using various household objects as musical instruments, which definitely got my interest. I remember hanging out with Jimmy Lee and I was moved to tears when the song In The Neighborhood played. Not a terribly sad song but an air of melancholy and day dreaming throughout. Almost mournful horns playing in the background. The bladder moved up to the eyes.

After Swordfishtrombones, came Rain Dogs and that seemed to be a record that everyone I knew had. I saw him on tour for that album, mid-eighties at a theater on Broadway. A celebrity studded audience, we had better seats than David Byrne. A great show, or rather a concert. Tom was a bit theatrical on stage, quite magical actually. I’d love to see him should he tour again but last time he was in New York the tickets were quite pricey. David Byrne pricey.

Walked around Hoboken for a spell this afternoon. Walked up to the Burlington Coat Factory where they just had a grand re-opening. That means they moved a few racks around and added some white paint on top of the depressing battleship gray inside. It was a confusing visit. Almost bought a tie but wound up buying a pair of black jeans for 20.00 since the blue jeans I was wearing had developed a nasty tear right in the crotch.

I walked back home after that, running into a neighbor who has a singing engagement on Tuesday and has a very scratchy throat today. I wished her well, telling her to break a leg. Just watched Waitress which was cute but ultimately sad. Sad because of Adrienne Shelly who was murdered soon after she directed the movie. It’s definitely light fare and would play nicely on Lifetime.

Here are some Hoboken snaps.
Me and my shadow 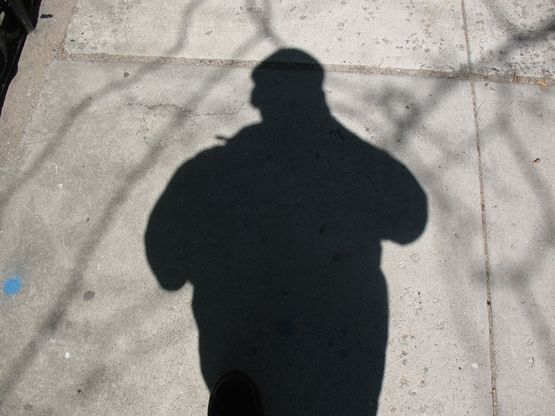 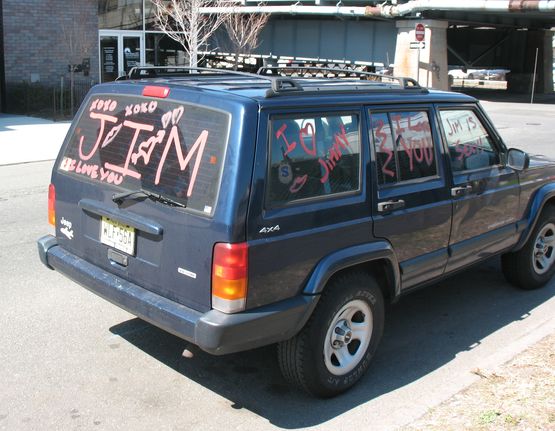 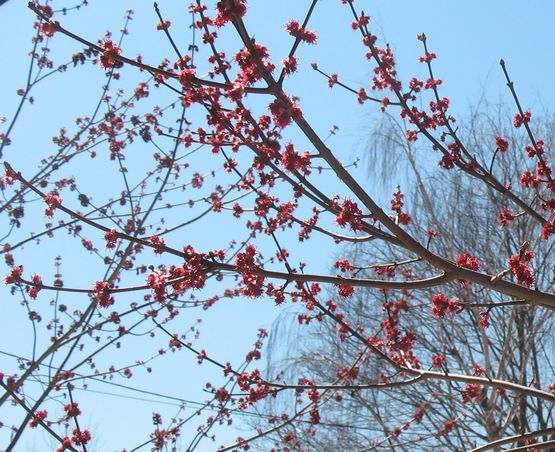 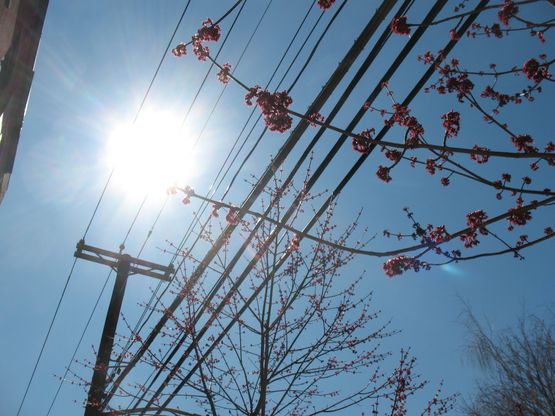 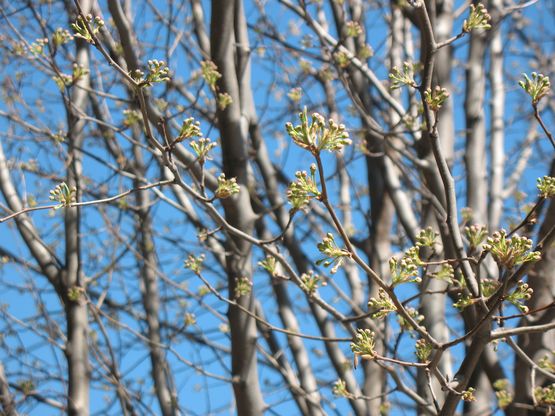 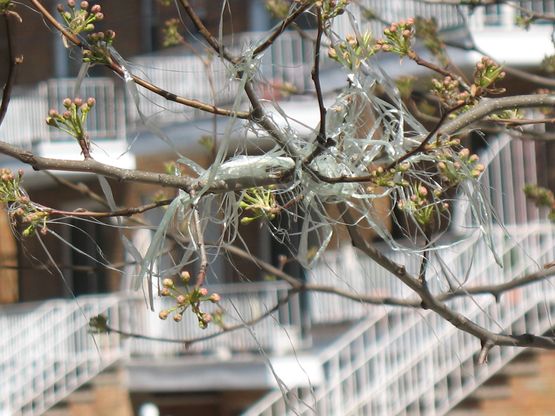