Well I think it’s safe to say today was an adequate day. Nothing special at all, despite it being a Friday. I wasn’t impressed, depressed, oppressed, or distressed. It was just simply ok. Last night Bill and I came home, so tired, me physically and a touch emotionally, Bill emotionally and physically. Can’t blame him, both his parents in the hospital, though his mother is scheduled to be discharged tonight, so Bill should be spending the night there on the sofa bed of pain. I plan on getting Bill an air mattress or something like that so that his nights sleeping there wouldn’t be so painful.

I guess eventually though we’d be moving our bed over there if and when we move. I’m leaning towards that scenario albeit reluctantly. I’m a jersey boy, been here all of my life and I like it. Also I feel it gives me a connection to my brother’s and their families and wouldn’t be so difficult to meet up with Annemarie and her family when they come east during the summer. I don’t really know right now, and would rather deal with it when it occurs. Plus who the hell wants to move again? I certainly don’t.

So when Bill and I got back from the hospital, I ordered a pizza from Grimaldi’s and Bill and I watched Ugly Betty and the Office. Bill went to bed during Scrubs and then I watched My Name is Earl and 30 Rock. Bill is relatively new to Ugly Betty and since last night was a repeat I had to explain various plots and subplots, who was who, who was actually dead, things like that. The Office was also a repeat, the one where Michael accidentally sends an email of Jan topless to everyone at Dunder Mifflin.

Scrubs was good, a bit of a downer ending, Kelso is going to have to retire, thanks to Eliot’s planning a birthday party for him, who is actually 65, not 58 like he’s been saying. I expect they’ll stretch that storyline until the end of the series which is this season. The main story was JD and Turk at odds about about growing up. Finally though Turk was able to play worlds tallest doctor in the hospital parking lot. My Name is Earl was ok again. Earl is still in jail, Craig T. Nelson reneging on his promise to shorten Earl’s sentence by shredding the certificates that Earl had earned.

30 Rock once again wore the crown of funniest show, Liz Lemon dating a 20 year old with mother issues, and Frank, played by Judah Friedlander, just wanted to be with the 20 year old and enjoy each others bodies as straight men do. Now I am watching Bill Moyers on PBS. His show tonight is about American evangelicals attempting to influence US policy towards Israel. One fat fuck was just at the pulpit saying that the Palestinians didn’t own their land for it was given to Abraham, Isaac and Jacob.

I would have preferred Boo Radley giving Israel to Jeb and Scout along with Dill, but fictional characters are just that, fictional, so it really shouldn’t make any difference should it? Argh. These ‘people’! They’re also saying that Hurricane Katrina was because of the US supporting Palestinians getting land in Israel. If they want to ‘save’ Israel move the fuck over there, shit heads. And do not come back. Fulfill your pathetic mythological destinies dumb asses. Get the fuck out of here. Good wholesome ignorant scum bags.

I feel better having written that.

Totally on an unrelated note, I lost over 6000 tracks on my iPod again. Presently reloading right now, for the past 4 hours. Everything is running slowly. Argh.

Been a long day. I’m tired, Bill is exhausted. Last night was mellow, just chilled. Watched Pushing Daisies which was pretty good. If you like Ugly Betty, or even the Gilmore Girls, you would probably like Pushing Daisies. It’s witty, it’s macabre and it’s very sweet, which in my book is a pretty good combination. And they have good Broadway performers on, Swoosie Kurtz, Ellen Greene, Kristin Chenowith and last night featured, Raul Esparza who was just on Broadway in the revival of Company which brother Frank had planned on seeing but since it didn’t win it’s deserved Tony award, it closed soon after that. Then brother Frank had his stroke so that would have been a problem even if the show was still running.

Bill went to bed after Pushing Daisies and I forget what I watched. Surfed the net I’m sure. Didn’t chat with anyone since there was no one to chat with. Soon, I too was horizontal, waking up hours later will Bill once again kissing me good bye. Got up did my thing, and I was on the bus in no time. Got to the office after getting an egg sandwich from West Indian Tony who always asks about Bill. Last time I told him that Bill was taking care of his parents so now West Indian Tony asks about Bill’s parents. I got to the office where there was a message on my voice mail from Bill.

Apparently his father had another seizure last night, and they moved him to the hospital. Fortunately it was St. Vincent’s Hospital so that was good. What was even better if that could be said when both parents are in the same hospital was the fact that both Bill’s mother and father were on the same floor. Bill called me later on in the day about wanting to talk to me about something regarding the apartment. He wanted to talk to me face to face so I made arrangements to leave the office early. It was busy but Tom Chin was ok with it. I finished my work anyhow and left an hour earlier, which was an hour later than I originally planned. No feeling like an idiot like I had the past few days, but that didn’t matter since I was worried about Bill and his parents.

I made it down to the hospital, a bit sweaty since at some point the temperature went into the 50’s. Bill met me in the lobby and we sat and talked. He mentioned that he would be more than likely spending more time at his parents apartment when they get discharged, and how if and when they pass away, the two bedroom apartment in Stuyvesant Town would be in his name and would I be interested in living there since years ago I mentioned I wanted to live in Manhattan. Yes I did say that at one point, but it was in the context of owning a townhouse in the Village, like maybe 10th street between 5th and University. Quite nice and quiet and very expensive so that would have to happen after I win the lottery.

But I am not so keen on living in Manhattan anymore, at least sometimes. Maybe if I was out and didn’t want to wait for the Path train or pay for a cabbage back to Hoboken I would like an apartment in the city. But do I want to? I don’t know. It would be a sacrifice I might be willing to make though. Even Alfred Stieglitz moved from Hoboken, as well as Stephen Foster, and some guy named Francis, and Steve Fallon too. Two hours ago, I was hesitant now I’m reasonably willing. Ask me again in an hour or so. 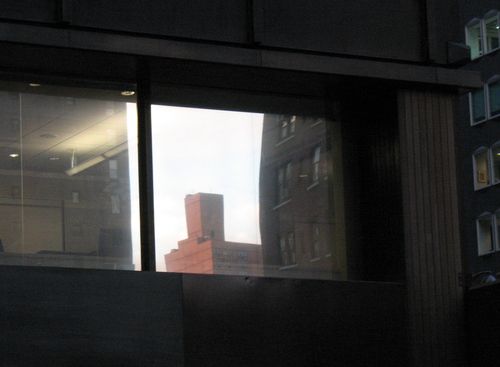 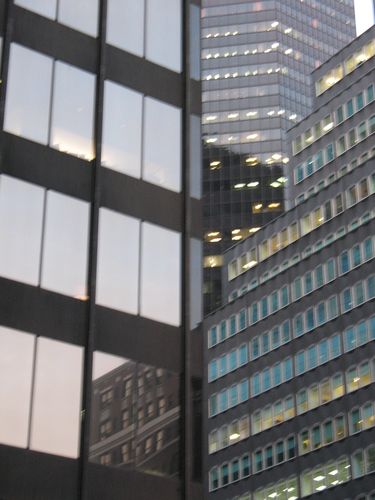