Friday night. Later than usual. Work let out early, I came home, had a chicken sandwich and had a most uneasy nap. There was a plan to meet up with Carla the receptionist to see Battles at the South Street Seaport. That’s the gist of it really. It’s presently after 11:00 which is later than usual and I’m sure you know all about that dear reader person whomever you are. I had difficulty waking up this morning but decided to go to work to basically show my face. Showing up is important even if there is nothing to do and today there was nothing to do.

Four people showed up and I was one of them. No biggie. I knew it was going to be a half day. I got out at 1:00. Unfortunately Carla had to stay until 3:00. That’s the breaks and I am management now and thats that. Carla was cool with it, and who knows how many times at jobs I’ve had in the past that I had to stay behind while everyone else left early. Carla understood and was busy thinking that I wasn’t going to show up at the concert tonight. I wasn’t too sure whether or not I was going to make it myself.

Came home after walking across town smoking what else but the Padron 5000 natural (get your order in now so I will get them by September 12). Finally defrosted some of those chicken breasts courtesy of Julio and the McDonald’s commercial from a few weeks ago. It was ok and probably loaded with who knows what, but it hit the spot. Then I crashed and tossed and turned for an hour or so laying in the bed under a weak air conditioner, which is better than nothing I suppose.

Met up with Carla and Millie and their twenty something friends, Alex, a 4th grade teacher in Flatbush, Maura, Bridget, and Richard. Bridget and Richard are from Saratoga, and Richard is in the Navy, stationed in Saratoga which is good for him. Nice, fun twenty something crowd, laughing with me, or maybe at me as I hovered buzzing around. Battles were good, but would probably go over better at an indoor venue. No vocals really and the only song I knew, has vocals that sound like Donald Duck. Really. Deerhunter from Atlanta was on first and they were ok, noisy but ok. Definitely not as experimental as Battles whom the critics are calling Math Rock. I got a free download from Jockohomo in the blogroll on the right column. Might still be available, go there and enter Battles, or the track itself, Atlas.

Path train again. Headed to the World Trade Center and from there it’s a walk across downtown to get to the South Street Seaport. Called Kathe (who’s boyfriend lives around there) and Amiable Adam who I thought might be into it. Left voice mails for both of them, Kathe responded, Alan MIA. Kathe is working at a holistic pet supply store in the East Village.

Must pee when I get to Manhattan. Train hasn’t left the station yet.

Got to Manhattan, ran onto Millennium hotel across from the station and using a cod British accent asked for the rest room and was directed to it with courtesy. I felt a UK accent would infer my being a tourist and allowed to use the facilities.

The show was good though it was more a social thing than anything. Fun nonetheless.

Got to Path train as the Hoboken train was leaving the station. What a horrible feeling, seeing the train you should be on, leaving the station with out you being on it. Could be worse I suppose, but still sitting and waiting for a train sucks when you know if you were only one minute sooner you would be on the move.

Thats it. Off to Otisville tomorrow to hang with Pedro so don’t expect a new entry until Sunday, or more than likely Monday. Cheers.

Pics!
Remnants of a sidewalk fire last night in Hoboken 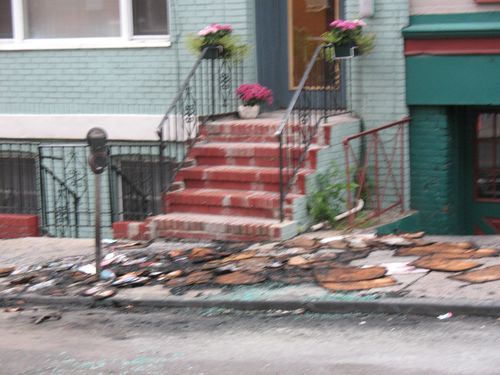 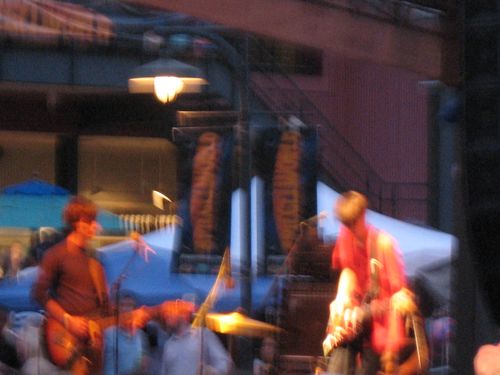 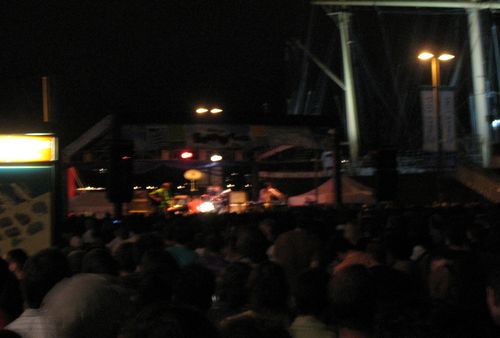 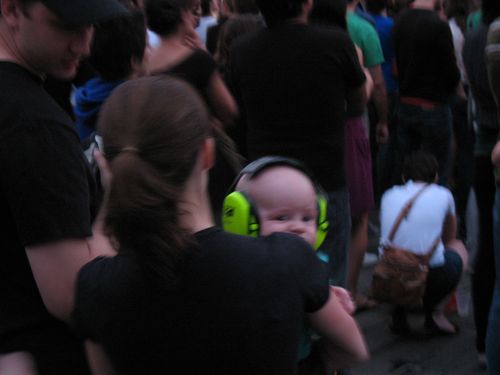 Thursday night. Just got home, after a few drinks with dear Brenda from Wanker Banker. Wanker Banker is no more, been swallowed up by a company that has the same name as Toys-R-Us mascot. Plural, not singular. We wound up at Pershing Square, which is actually a side street off 42nd street that leads to Park Avenue. In the warmer months, they close off the street and set up tables for drinking and eating of noshes. It was nice, catching up on old times, who’s where, what’s what, that sort of thing. We wound up talking about various drugs we had experimented with and Brenda took the crown when she told me about smoking angel dust back in her silly teenage years.

We are both dear friends of each other and it was all pleasant, Brenda having Apple Martinis and me having a few pints of vitamin G, Guinness. We split an appetizer of spring rolls which hit the spot at that moment. Soon enough, Brenda was off to Westchester and I was headed towards the bus terminal. I lucked out, there was a bus waiting and about to leave the gate. I jumped on and soon enough me and my full bladder were hurtling through the Lincoln Tunnel headed for Hoboken. Barely made it into the apartment. It’s odd, I will be fine, then my bladder knows where we are and starts pounding trying to get out as soon as my key is in the lock. I made it in time much to my immediate relief.

Work was quiet. A few people out of the office, if not physically, then mentally. It’s been a quiet week. Yesterday, most of the office left, leaving Carla and myself behind. Carla and I sent an email to Vivek letting him know that most of the office had left, around 3:00. There was no response until I came in this morning, and Vivek sent it at 8:30, basically telling me that Carla and I were free to go for the day. Yes, it was a good thing that Carla and I didn’t wait until 8:30 to leave. We left at the normal time of 5:00. What was Vivek thinking. He did send an additional email to me saying that if it gets quiet like that in the future we would be free to go. I just wanted some clearance and I suppose I got clearance for the future. We could leave when it gets quiet. I’ll bank that thank you very much.

Now I’m home, obviously, just chillin. Bill is with his mom, Juan is still at work, then off to a party somewhere. There’s a plan for me to head up to Otisville on Saturday, to hang out with Pedro. Could it be that I haven’t seen him since January? That seems implausible, yet it could actually be true. We do talk several times a week, but not physically seeing each other for so long is hard to believe. But there you have it. It’s hot and sticky and I’m done writing for the day. Talk amongst yourselves.