It’s a Monday. It’s raining. Meghan and Rob have left my sister, in tears. No, nothing bad happened, Annemarie was just sad to see them go. Back to the mundane for Arcata I suppose. It’s that way here all the time, especially when it’s mundane Monday and that’s what today is. Last night Bill and I watched John From Cincinnati, Entourage and the Flight of the Conchords which is actually hilarious. Best of the three as far as I’m concerned and I’m really concerned. Then it was off to bed out of boredom, nothing else was really required after that.

Slept relatively ok, though the first thought when I woke up was, ‘I don’t wanna go. I feel sick.’ The old feeling from September and school. But no one was around to say otherwise and I decided to get out of bed and start the day. Most of the time when taking a day off is thinking about how everyone else is at work and no one is around to do anything with. That’s when I skirt danger and flirt with trouble. Or is it flirt with danger and skirting trouble? No matter, it doesn’t end in a good way.

So work it was. Me, groggy walking through the apartment. Bill once again performed a wifely duty and made coffee and poured cereal in a bowl. One of these days he’ll tell me where he put those bowls of cereal and I will have a balanced breakfast. I showered, scrubbing moles and dead skin off myself, putting conditioner in my goatee, face and hair so it’s nice and soft, and remembering to rinse it all out. I shaved and dried myself off and felt more alive than I did than I was when I went into the shower, and that’s what it’s all about isn’t it?

Walked to the bus in the rain, waited for the bus in the rain. Got on the bus and sat and read 2Stoned, which I nearly have a little more than a quarter to finish. It tied in nicely with listening to the Rolling Stones on the way across midtown. Tumbling Dice, Undercover of the Night, Emotional Rescue, It’s Only Rock and Roll (co-written by an uncredited David Bowie I’ve heard) and Gimme Shelter which is fast becoming my favorite Stones song. War, children, It’s just a shot away.

After those songs I was back in the office which I left on Friday at 1:00. Nothing changed since then, everything is just as I left it. According to Carla the receptionist, most everyone left. Leaving her to sit in the office until 5:00. I’m supposed to know that since I’m her boss. I don’t think she’s lying but then again I don’t care if she is. It’s been slow lately, being the summer and various people out of the office. There’s only 12 of us in the office anyhow, someone is out and everything slows down somewhat. Much like your enthusiasm in reading this. 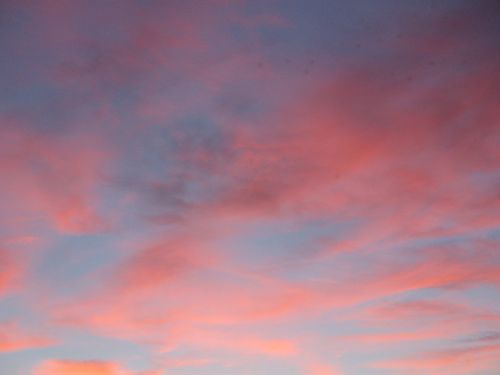 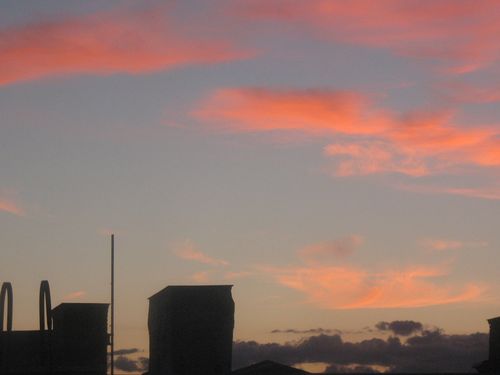 Beyond the greenery, the Brazilian Girls are performing 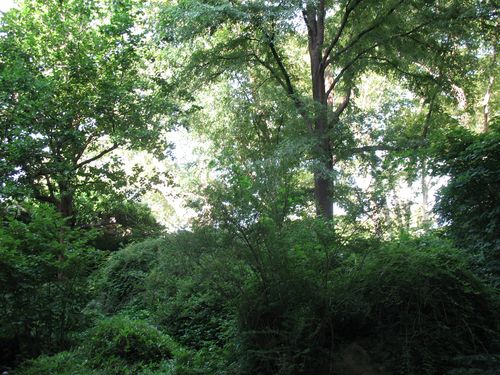 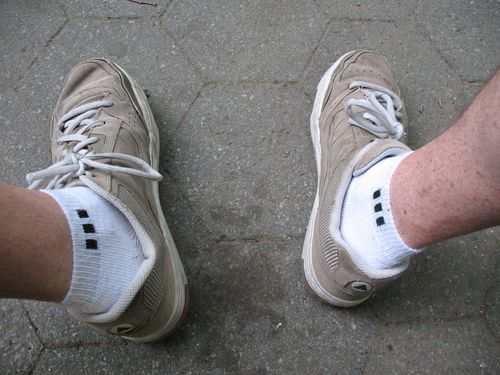 This guy stopped in front of me 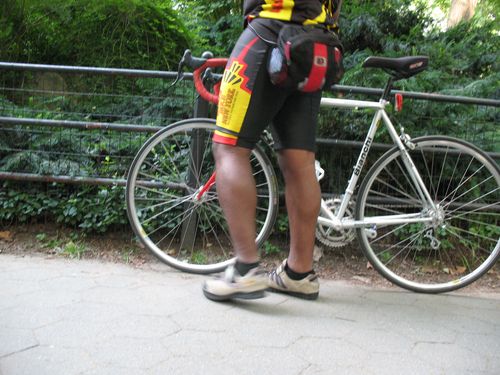 These people walked past me 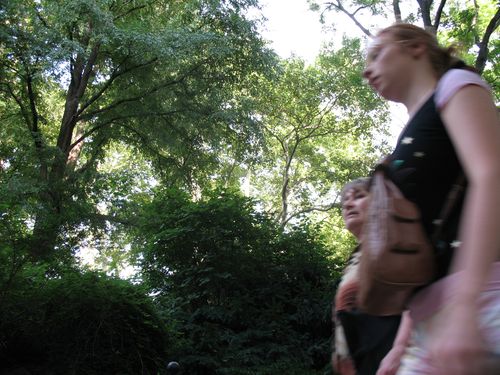 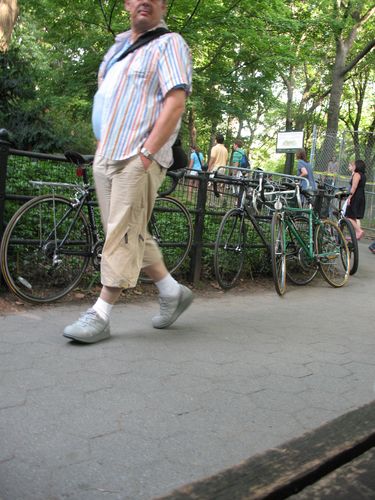 The weather on Sunday 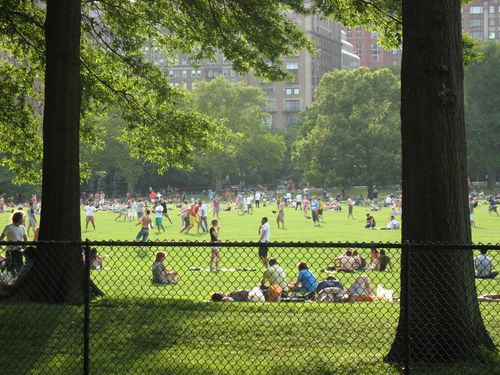 The weather on Monday 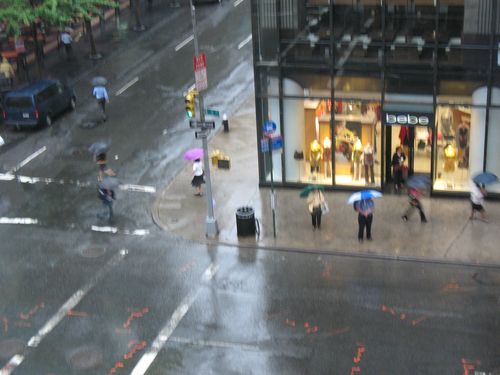 The weather on Monday with orchid 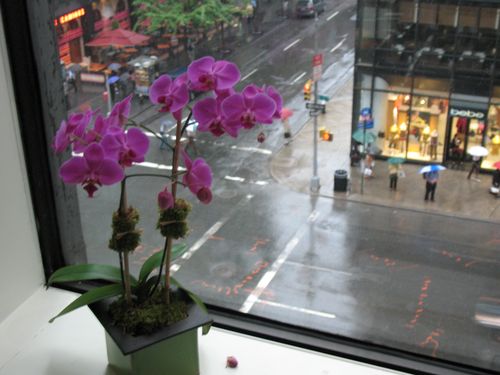