Another muggy Thursday with rain spells intermittently pouring down in sheets for a few minutes. Regarding yesterday, one person died of a heart attack while the 24 inch steam pipe burst, the driver of a tow truck that was almost on top of the exploding steam pipe is in a medically induced coma due to being terribly burned over 80 % of his body. A couple of other people are in hospitals with various ailments. They city is saying the air is safe to breathe, but people are remembering that was said after 9/11, backed up by Christie Todd Whitman and the Bush administration. Various police officers and EMS workers were wearing respirators. I only saw one person wearing a respirator and she was blocks away. Better safe than sorry she was.

I didn’t have any trouble getting to work this morning, but then again I don’t use the trains that were shut down in the area of the explosion, and that area of the explosion is a block away from Grand Central Station so most subways were waylaid. I walked over across midtown, some streets were pedestrian thoroughfares which was an interesting sight to see. Made me wish that most of Manhattan were pedestrian thoroughfares, but without the explosions. That’s not too much to ask for is it?

Work was slow. I need to find ways to pass the time. Today was a continuation of searching midtown Manhattan for an unlocked Blackberry 8800 for Vivek. It was an enjoyable stroll, and of course the sky opened up while I was a few blocks away from the office. I was heading back, and didn’t feel any need to run for shelter. When situations like this occur the soundtrack in my mind always goes to the Beatles singing Rain, the b-side to Paperback Writer. In my opinion, Rain is barely a better song than Paperback Writer, since Paperback Writer is a perfect pop song. Rain being a bit left field and experimental I guess earned it’s place on the flip side. John Lennon’s voice is great and the lads sound toppermost of the poppermost.

Juan came over last night and we watched Last Comic Standing which probably is the only ‘reality’ show I occasionally watch. Juan never saw it before and of course the good comedians we liked were voted off. It’s not as easy handicapping the show like last year since there are no handicapped comedians on the show this season. And whatever happened to that handicapped guy who won last year?

We watched To Catch A Predator after that. That was fun and interesting since they filmed in Ocean County NJ and Juan and I had our eyes peeled in case we knew someone on the show. We didn’t know anyone though I think Juan was hoping to see someone’s dad being arrested. Maybe next week. It was creepier than previous episodes since now they have the decoy actually sitting and talking to the predator. We watched some of the Daily Show then Juan said he was tired and I kicked his tired ass to the curb. Actually we hugged and he merely walked down the stairs.

Here’s some after work pics from this afternoon.

45th and Lexington (5 blocks north of the explosion) 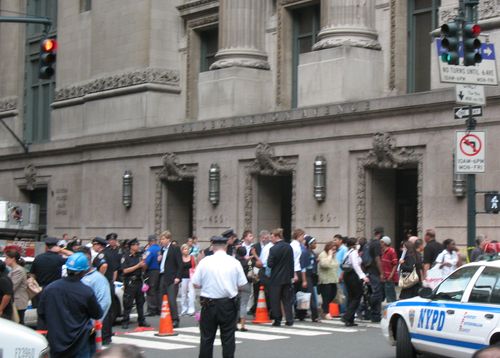 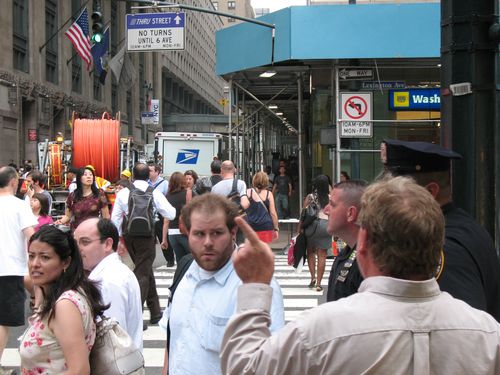 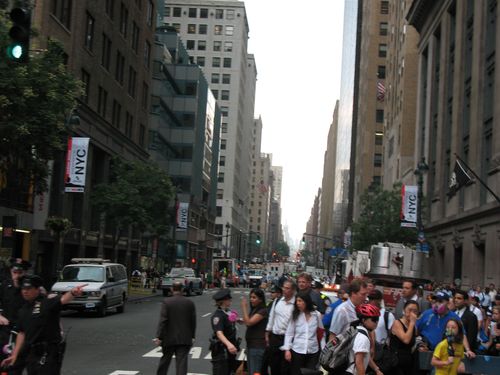 News trucks at 45th and Vanderbilt 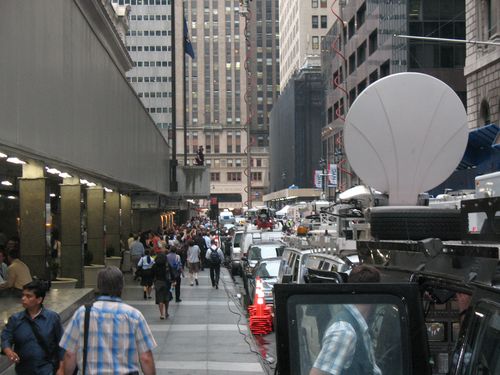 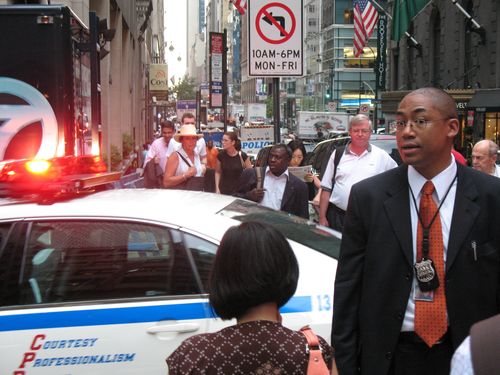 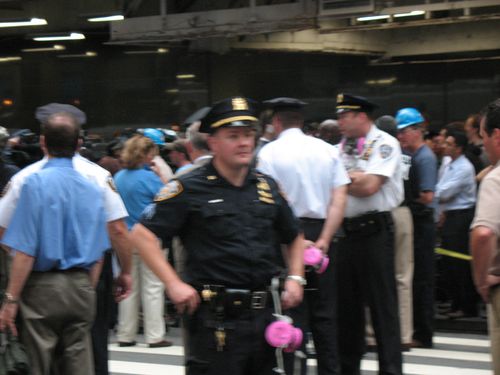 Cops on the roof 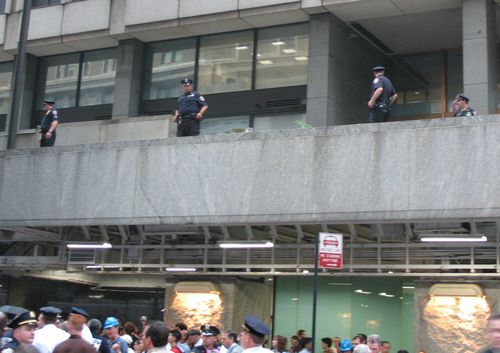