No T Mobile drama today. I also think I wrote too soon last night, regarding my bad day, Bill’s bad day and Annemarie, Rex and Earl’s traveling horror story. Well I suppose the post script would be about Juan’s car being towed to the impound lot in Hoboken. That sucked. Right around midnight, I get a call from Juan. He came back up after having left a few minutes earlier. We watched The Devil Wears Prada on cable with Bill. Juan was frantic and I did my best to reassure him. He left to walk up to 15th and Jefferson and from what I understand that didn’t go well either. Maybe Juan will blog it.

I slept relatively well. I cuddled with Bill which was nice. I hadn’t done that in a while. He was dead to the world anyway. I had a restful sleep and woke up with Bill leaning over me ready to kiss me good bye on his way to work. I soon got out of bed and paddled my way around the apartment. Bill made coffee and even poured cereal in the bowl before he left. No milk for the cereal since Bill never eats cereal and doesn’t know how much milk would go in the bowl. Damn physics!

Work was more restful today than it was yesterday. I was busier at my desk, no swimming around midtown in the hummus for me today. Most of the work was for Greg Stevens, so I gave it 110%. He’s now the president of some investment social organization so I needed to organize some administrative information for his group. I was surprised at what I could do, though I did chat with Bill online about some kinks in an excel program that I wasn’t able to figure out for myself. Bill did point me in the right direction and I was able to figure it out.

I was going out tonight with Bill and Billie, who is up from DC training in Manhattan. I’ve known Billie almost 25 years now. He’s going to be managing the opening of some Chop’T salad joints in DC. Chop’T is an upscale salad bar. I ate there on Monday and got a salad that cost 9.00 and change. It was good, but 9.00? I only went since I knew Billie would be there, unable to really sit and chat since it was lunchtime. Maybe I’ll wind up in possession of some free salad passes.

We went to O.W. Which stands for Oscar Wilde. It’s an okay bar. They used to serve Guinness but not anymore. It was formerly an old Irish dive bar. I pop in every one or two years. It’s usually bearable, but tonight it was cool since Billie was in town, making it a special occasion. I was wearing black pinstriped trousers and a white cotton shirt. Apparently I looked like a chef. That’s what some guy asked me. He was being earnest though. He was wearing a Commander in Chief t shirt so I asked him if he was the president. He wasn’t and we both regretted it.

Here are some snaps. 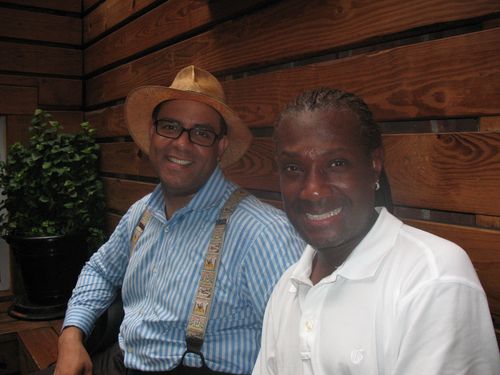 Billie and the long dreads 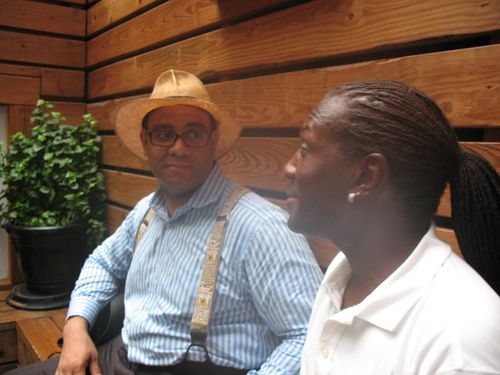 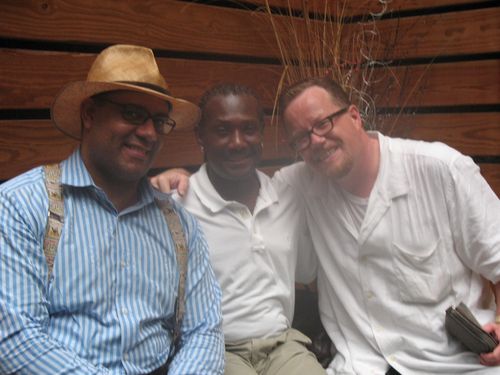 Chef John Ozed on the right 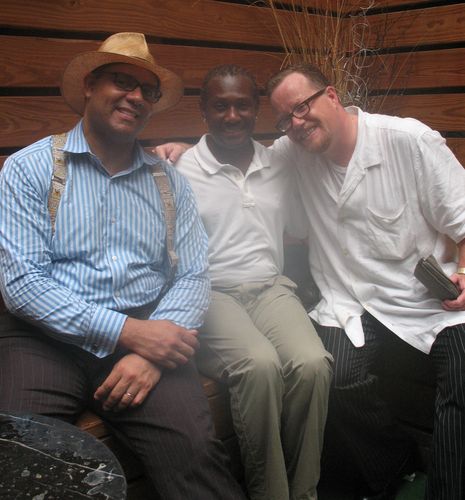