A day unlike any other. But then again, aren’t they all? I think the illness I had suffered from yesterday turned out to be an allergy. But it was unlike other allergies I had suffered from before, where I walk down the street and snot running from my head like Niagara Falls, this was more like the Sahara desert. I was dry and not producing any lubricant. Sorry about the graphic.

I slept well, woke up ok, and set about going to work. Not as lopsided as yesterday, feeling alright, not top of my game, but relatively ok. Got to the office, new blood in the water, new people from London, still operating on London time so they are in before me. That’s fine, a bit awkward but bearable. I set about walking sideways doing the thing that it is that I do. Mundane tasks for a reasonable reward.

There were a few hairy moments where I rose above the mess and made everything run smoothly. I was impressed by it. Whether or not anyone else saw what I had done is beyond me. The trick is to get the job done without a hitch, without anyone noticing the job that you are doing, for it is behind the scenes and should go unnoticed by most. I did make a point of telling Felicia that she would be proud of me for what I had done and she said she already was. Sweet.

It was the last day for one of the resident Brits, Zimmerman. Nice guy, reminds me of Dominic Monaghan from the Lord of the Rings and lately, Lost. I had to interact with him the past month and weeks that I had been there, and I admit, I’m a sucker for someone who says, ‘Cheers’ instead of ‘Thanks’. It helps that it’s said by Merry or Charlie. Well it’s back to Swindon for him. Couldn’t hack the US. Homesick I guess. How ling that will last is another story. Perhaps when he gets back to gray Swindon, he’ll miss Technicolor Manhattan. He can always go to London I suppose.

Hell I can always go to London. One of these days I swear. Of course it would probably bring out he music geek in me, which would be more prevalent than naming each daily entry of the blog after a song. Yes, I could see myself photographing the zebra crosswalk outside of Abbey Road Studios. Pass the chicken, the geek is here.

I had a date to see Fay Victor sing at 55 Bar on Christopher Street. I used to work with Fay Victor at Wanker Banker. She sings Jazz, not my favorite type of music, but I reallly dig Fay’s voice and her band. Always turned on to new ideas and concepts when I sit there and listen. Almost like Pete Townshend’s comment about how great rock and roll makes you forget where and what you are. Sometimes when I see Fay sing live, I get that vibe.

The date I had was with Brenda who was a staunch ally at Wanker Banker. She was running late so instead of meeting her by the subway I met her at the bar, where I ran into my old boss, Robert. I like Robert. He’s a good guy and a good boss. Very fair. There were moments when I worked with him that we butted heads but it was always worked out. A fine proponent of the ‘Communicate Early and Often’ school. Which is a good motto and credo.

So the three of us chatted quietly while listening to Fay sing. A good time, great music and very good company. After the first set I had to leave as well as Brenda and Robert. We all walked to Sixth Avenue and got Brenda into a cab. Robert and I walked to the Path. He really is a good guy. He got onto his Journal Square train and I waited for Hoboken.

A beautiful night, walked down Washington Street and ran into Thaylor who is a fantastic woman. I’ve always liked her and her friend who is one of many who’s face I know from McSwells days but never got to know her, or her name. I finally got the name but I as write this it has escaped me. She wrote a book, which was inspiring. The concept of writing a book that is. I haven’t read it so I can’t say that it is inspiring.

That’s it for now. I’m pissed. In the British sense. 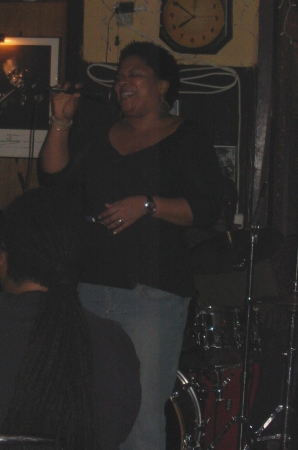 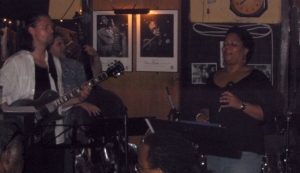 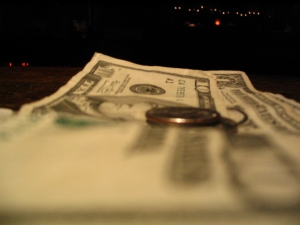 Ok. Back to work, three day weekend over and I wasn’t feeling too good. Not the feeling like I have to go back to school pit in the stomach feeling, but more like, oh John, you’re not doing so good. Wasn’t hung over, only had two pints of Guinness last night. No, this was a scratchy throat feeling. It was an odd feeling to say the least. Walking to the Path train made me feel like I was two or three steps behind my ‘normal’ self. Still I was functional, yet sweaty. It was rather warm out anyhow.

I get to the office and I am clammy. Luckily I was smart enough to bring an extra T shirt so I changed into that but still as the day progressed and it was very busy, new people starting, trying to find spaces for them, phones ringing off the hook, and my mind getting fuzzier and fuzzier with each passing moment. I was planning on going to lunch around 2:00 but decided after speaking with Felicia that it would probably be better to go home and rest.

So I wandered home and had a bite to eat and proceeded to fall into a deep sleep, only troubled by the ring tone of my cell phone intermittently. Christina from Wanker Banker phoned a few times. I wondered what that was about. I brought the phone into the bedroom and slept some more. After an hour or two I couldn’t sleep anymore. Felt a little bit better and took my temperature, which read 98.0 degrees. Nearly normal. Just like me.

I called up my good friend Brenda at Wanker Banker and found out, the Persian Bitch was fired. Certainly took them long enough. Of course none of this matters to me anyway since I am gone gone gone from that joint. I’ve moved on. It’s been over a month and I finally feel like part of the team at McMann and Tate. I ain’t going back there again. I miss my friends but the powers that be fucked up things too much for me, and if you know me, you’d know I’d rather fuck things up for myself.

I did hear that the Persian Bitch was escorted from the building.

Brenda and I have plans to see the Fay Victor Ensemble in the Village tomorrow night so hopefully I’ll be in a good state of health to do that. I feel relatively ok right now, not clammy, throat not as itchy as it was earlier. I plan on going to work tomorrow. Another busy day, but I won’t be stretching myself too thin.

I had the foresight to cancel my appointment with the chiropractor today as well. The neck seems ok, even while riding the bicycle on Sunday, I felt that I wouldn’t be able to do many miles but I was able to keep the pace. But cancellation was the right thing to do since at the time I was supposed to be there, I was fast asleep in bed.

Now I’m awake, watching a documentary on Frontline about 25 years of AIDS. Not a happy documentary, and I can’t think of any documentaries that are happy anyway. It’s well made, scientifically cold and makes me scratch my head at the fact that it’s been 25 years since this killer disease reared it’s ugly head.
There was a clip on the news years ago about a finding that one out of every hundred white males are immune to the disease. They said it once on the evening news and then it was never mentioned again. Did anyone else catch that except for Matt Curry who I used to work with in the recording studios?

That’s about all for now, the story of AIDS is still being written. People are living longer with HIV, which is good. I was getting tired of going to memorials for dead friends. It’s better to be able to walk above ground with someone who is managing the disease.

All I have is a scratchy throat. And I’m glad.