At home. A bit miserable, a bit angry, and a bit disappointed. The Shaft joke from last night is festering. I just don’t get it. I decided a few weeks ago not to talk about certain things lest Bill get upset. I thought I’d be able to handle it, but it’s right under the surface. it is fucking weird (figuratively of course). A few years ago we had similiar problems with someone not getting theirs. Now the tables have turned. A different position taken so to speak. I know there is love, there are hugs but I don’t want to become companions instead of lovers. I don’t like it one bit. I want it all.

The counseling with Philip Beansprout is winding down. Only about 4 more sessions scheduled then it runs aground.

Then we’re on our own.

Today I also had the job interview and I think it went well. I should be happy and hopeful but it was rough biting my tongue. I feel like I am thisclose to getting it. Then again, don’t want to be too up on the idea because if it doesn’t happen then I will crash hard. I really need/want to be out of Wanker Banker. I really can’t take it anymore.

The interview went well, lasted about 20-30 minutes, I met Leslie, a nice British woman who in the past, had the job that I’m after and Matt the controller. I think it went well with both of them. A few laughs. I was at ease and I think they were too. I made the soon to be clichéd line of me being able to talk to anyone from Penthouse to Pavement. Were they impressed? Only time will tell. A matter of days. I guess I’ll call them next week and see what the status is.

My heart felt heavy after writing that.

Wanker Banker is just nuts and it’s taking its toll on my mental health. After the interview I was feeling really up, and eventually as I had to deal with coworkers, the up feeling went south. No one wished me luck. I’m surprised at that since I’ve told a few friends. I know Bill asked the other day when the interview was.

The Ipod thing is also an irritant. Just missing tacks. All the Beatles, except for Sgt. Pepper. No Grace Jones. Zero Talking Heads. I just came home and deleted everything on the Ipod and will manually reenter 6000 plus tracks. Geekdom, total geekdom.

Listening to Ani DeFranco as I do this. I wish Juan were around. He’s cool to chill with. I love the cd.

This morning had the Ipod on shuffle.

DJ Culture- Pet Shop Boys This got the beat going and the feet moving and increased my pace considerably. Felt like I was in a video walking around town. Probably was.

Kitty’s Back- Bruce Springsteen I grew up listening to this song from my siblings playing it constantly. I Love this song. One of my fave Bruce songs. I sang along to it, alone in an ATM in Rockefeller Center. For sure I was on video then.

May This Be Love- Me’Shell Ndegeocello Me’Shell covering Jimi Hendrix. Beautiful and mellow.

Diamond Dogs- David Bowie. In the year of the scavenger, the season of the bitch. What a great line. For some reason I just thought it would be a perfect song for the Fall to cover. 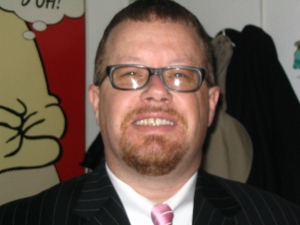 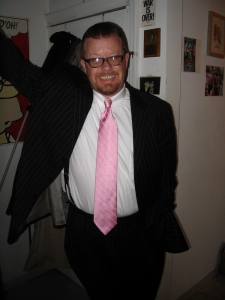 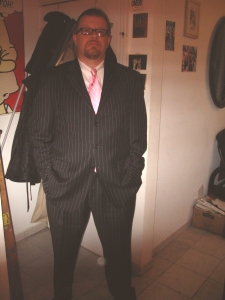 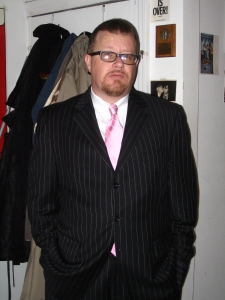 Here is what I saw: 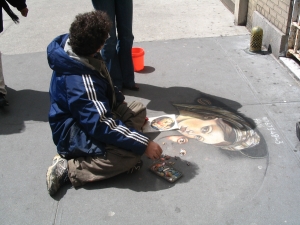 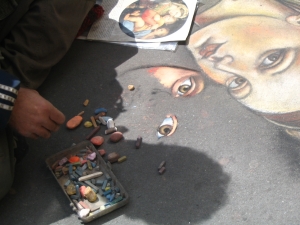 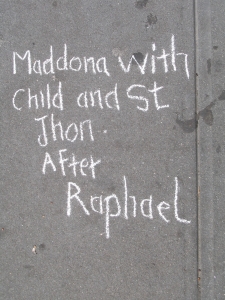