New Years Eve. Still in Saigon. Shit. No wait, strike that. Hoboken. Home of the homos. More apt, I think. A horrid morning today. Not enough sleep. Bill’s new cellphone kept buzzing and beeping. Every time I’d start to drift off it would buzz and beep. Every single time.

And I’d get farther from the elusive goal of actual sleep. Initially I thought it was his new alarm clock, but it was the phone. I did get up at one point and put it in his nightstand drawer, but I could still hear it. Oh how I wanted to smash it to the floor. But I maintained, I took it out of the floor and put in on the couch two rooms away.

That worked. I couldn’t hear it. But the pier of sleep was so far away and I had a long way to swim. Eventually I did sleep. An hour or so later Bill started to stir. Not in that way. I tried that earlier and it simply wasn’t happening, which of course caused depressing thoughts in my frazzled head.

But as he says, he was that tired.

So when he started to stir and get his day started I grimaced under the covers. I was finally sleeping, not REM sleep, but a reasonable facsimile. But too wracked to stay in bed I had to tell him about his damned phone. Which wasn’t a good way to start the day for either of us.

He was a trouper. He apologized. It was anew phone, he didn’t know all the functions and he was sorry about being tired about that. Fine, I made my coffee, said my piece and went back to bed. He came back with the papers and bagels. Awfully kind thing to do to a shit heel like myself. I got back out of bed and thanked him.

He eventually went to the gym and I sat in the apartment filled with self loathing. And that’s how a part of the end of the day at the end of the year went for me. Self hatred. Oh it was bad. It was bleak. I suppose it’s better to end a year feeling that way than starting it, right?

I couldn’t bear to be in the apartment any longer. Dark thoughts, better to get out into the gray area of Hoboken, which is basically a gray New Years Eve.

So I went into the city. Thought about sex but that was depressing to think about. So I walked around Soho with a scowl. A scowl comes in handy because people really do get out of your way, especially on Canal Street. I really felt alone. No one around, no one to turn to. Sad huh?

And I felt like I was a piece of shit.

I went to Toys In Babeland and hung out with those classy women, lesbians. Went to Old Navy and bought a pea coat with the gift card that the great Julio gave me for my birthday way back when.

I started walking up to Farfetched. On the way I saw a woman with a scrunched up face, literally. It was sad. She must be a strong person to go through life like that I thought. My heart went out to her, and some pity, which she probably would’ve outright rejected. She didn’t need my pity. She didn’t need anything from me. I didn’t have my life anywhere near as bad as she had, and it didn’t mean shit.

As I walked up Lafayette to Farfetched I got a call from Annemarie. The roads from San Francisco to Arcata were closed due to mudslides that had a hella time getting back home. And after they got home, the next morning they had no heat or electricity due to the mudslides I guess. Everyone in Arcata was in the same dark cold boat. Suckez vous.

Despite all that we had a good talk, Earl got his Nirvana magazine, Rex got his Cultivate Peace T shirt. I felt good after talking to Annemarie, almost back to normal.

Went into Farfetched and chatted for a few with Lois and Jessica. Bought yet another gift for Bill. I know this will be used though. The words on it are his, the contents within will be mine. If it’s the thought that counts, I was half thinking.

Went to Virgin, giddy sales people. I was getting into it, after the phone call from sis and the Farf women. Relatively giddy. Had the Ipod and listened to Rufus which was also part of the malaise of the day. Juan and I watched a documentary on Rufus that just recently came out and we seem to both be affected by it. Me more so since I love Rufus, Juan could care less, but still…

Hopped on Path, first car first seat which I gave up to a family who wanted to see how a train snakes through the ground. They were thankful, I was courteous. See? I was getting some sort of vibe.

Came back to the apartment where Bill was cleaning. I apologized for the nth time for this morning, Bill was understanding. I think he was secretly glad I didn’t trash his phone.

Julio called from Copenhagen where somehow he was elected Mayor of Detroit. An inside joke. It basically means while it was 7:30 PM New Years Eve in Hoboken, it was 1:30 AM in Copenhagen and he was ROCKED. As in Detroit Rock City. If you have to explain it, it just ain’t funny. That’s why some jokes should remain inside. 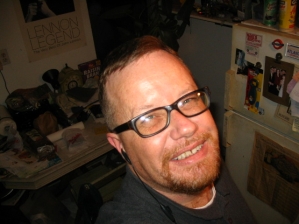 Bill and I made plans to go set some steaks at a restaurant and we did. 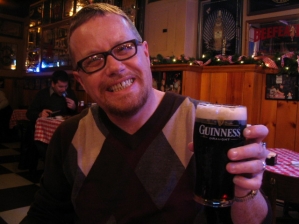 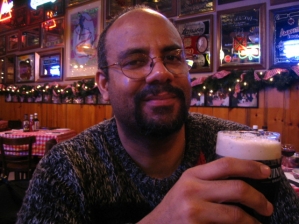 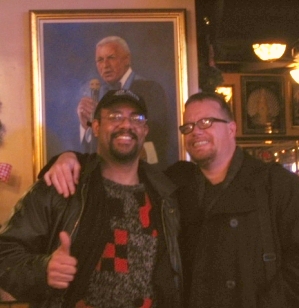 We wandered around Hoboken, smoking cigars and talking. 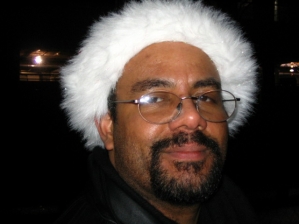 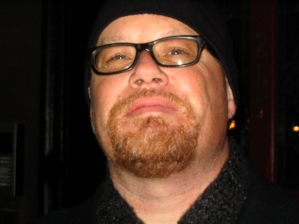 Count the bats. Win a Prize.

And now I’m here writing this playing my Ipod while Bill watches TV a few feet from this keyboard.

I bring thee glad tidings and well wishes. Though tomorrow is but another day, I thought I’d tell you today. The lobster department has made fun of all excess baggage and with ample displays of affection decided you should be alerted to the strange and peculiar dreams you’ve been having.

Yes we in the Fromm Fromm Group have noticed certain abrasions not normally seen to the naked eye. That’s why we decided to close this particular eye. I personally didn’t like the way it’s been looking at me. I’m sorry naked isn’t closed. It’s clothed. Misprint you see.

Heads will roll. What if no one is calling? Yes, that is a good question. Unfortunately there are no easy answers. Plenty of easy questions though. In fact on page 323 in the catalog you will see we have a sale on easy questions. Just enter promo code N967GH
And it will be deducted from the final sale.

Say what? Say what? The muthafuckin show is over. Get your ass outta here, ya heard?
I come correct y’all. Don’t even try it. Why you gotta be all up I my grill and shit? What the fuck is that all about? You got major squabbles son. Major squabbles. Just keep it gully yo.

Hung out today with Juan. Met up in Bokeyland and rode the Path to Christopher Street. Had a late lunch at the Grey Dog Café on Carmine Street, and then we hit the Anti-imperialist Bookstore across the street. Juan wanted to go to Urban Outfitters, so we strolled up Sixth Avenue.

Juan’s a funny guy. Smart and quick witted. Always good to meet someone fast thinking like that. I have no complaints. Well I do, but not about Juan. He tells me tales of woe regarding his escapades. Or was it Ice Capades? I can’t really see him on ice. I can see him drinking something on ice though.

You will have to visit his blog to find out what is going on in life. I ain’t saying shit.

We came back and watched a Rufus Wainwright DVD that I wanted for Christmas but instead rented through Netflix. Pretty cool DVD. Interviews with Elton and Neil Tennant from Pet Shop Boys and Jake and Baby Daddy from Scissor Sisters. Yes, it was a big gay fest, sans towels.

Diggin the Ipod immensely. Downloaded for free the SNL Digital Short, “Lazy Sunday” which was the short I may have mentioned a few weeks ago. Andy Samberg and Chris Parnell. Brilliant.

Right now listening to the Pet Sounds Sessions that I borrowed from Frank. Now it’s Caesaria Evora from Cape Verde. Love the shuffle.

I hope everyone had a nice Christmas or another holiday. Mine was good. Happy to be here, ain’t going anywhere anytime soon. There is now the paranoid thought that maybe I shouldn’t have written that. Tempting fate they say. William, my ex flatmate used to say Tempting Providence, not knowing that providence is actually a good thing, so tempting it might not be such a bad idea.

And life flows on within you and without you.